In fact, new islands have formed in other locations on the Arctic coasts of Europe and Greenland. In places where the bedrock is below sea level, sea water inundates the space left by retreating glaciers.

The same source estimates that the glaciers on the isthmus will retreat enough to make Sørkapp Land an island by 2030–2035. The isthmus decreased from 12.3 kilometers in 1990 to 6.2 kilometers in 2013, with a rate of decrease of about 270 meters per year. This annual decrease is close to matching that 5-kilometer measurement for 2019; in fact, the decrease is slightly faster than the source’s estimate.

With the launch of Landsat 9 expected in 2021, Landsat satellites will continue monitoring the progress of these glaciers to see whether Sørkapp Land does indeed become a new island in the Svalbard archipelago. 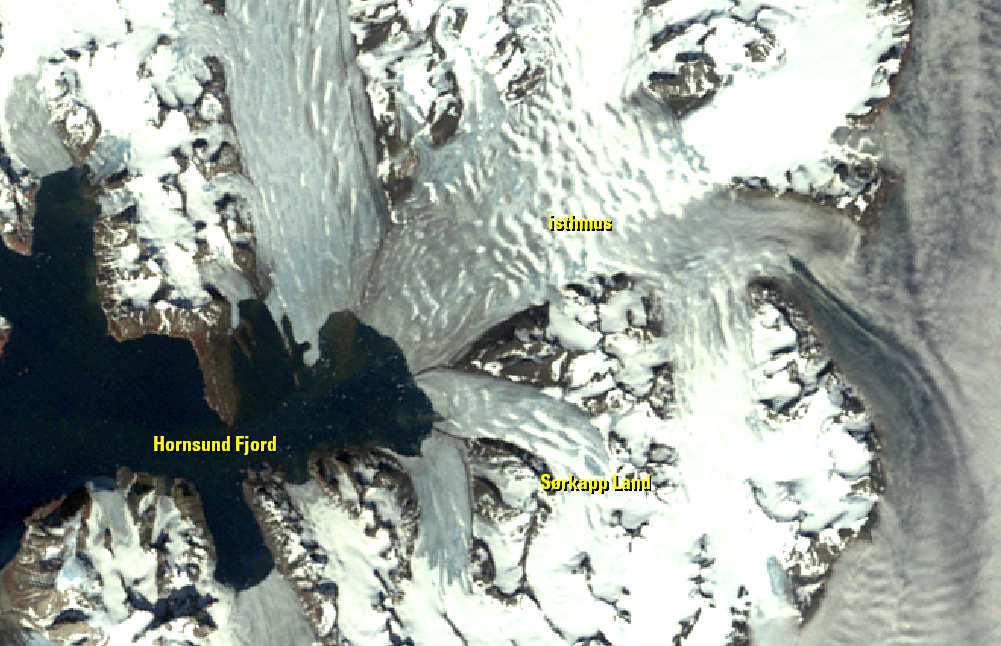 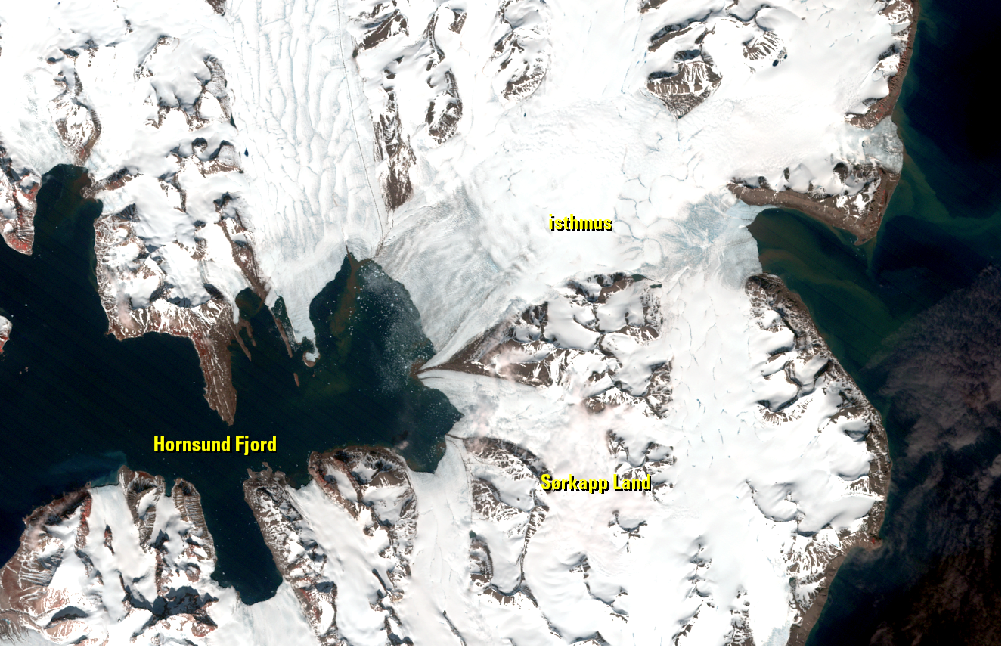 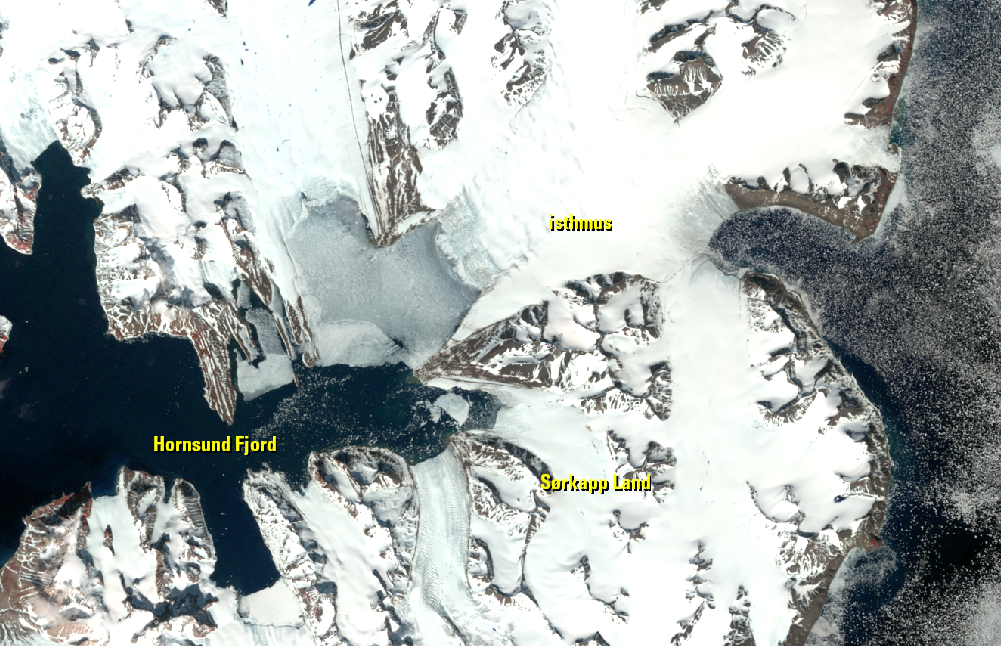 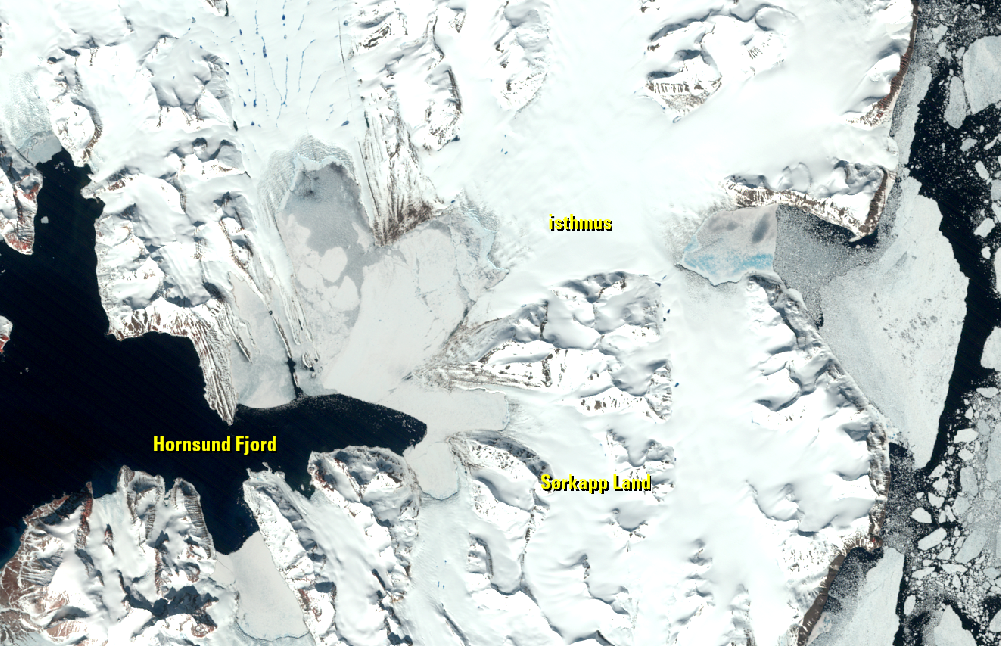 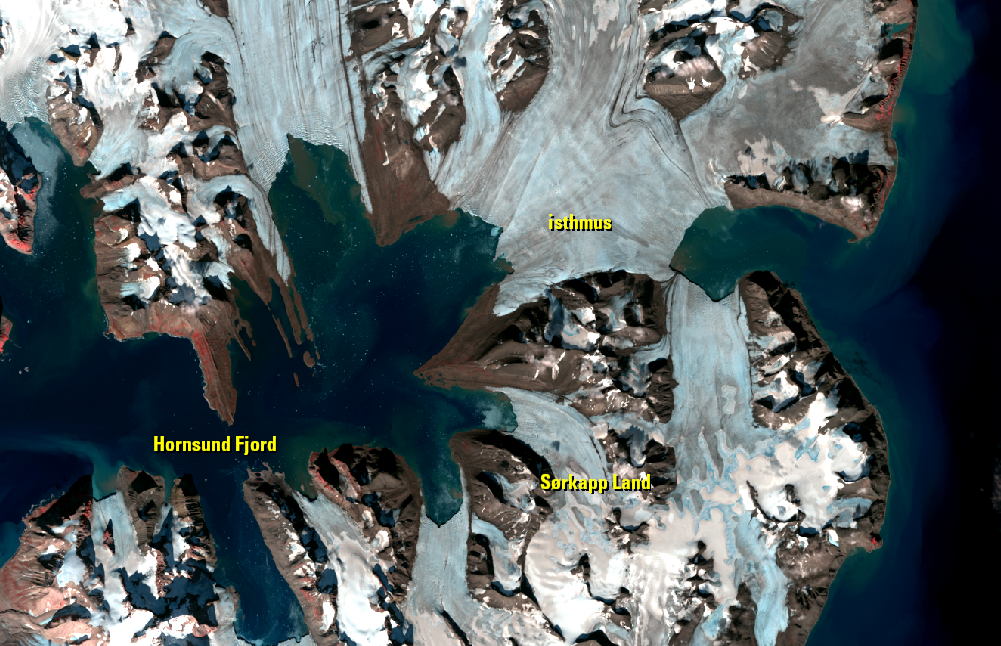 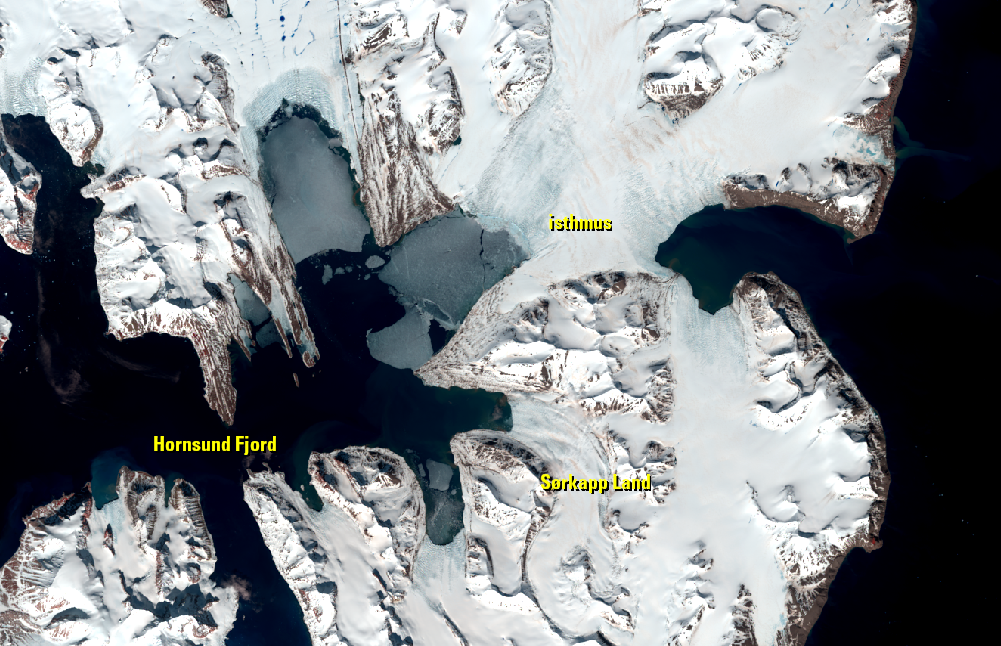 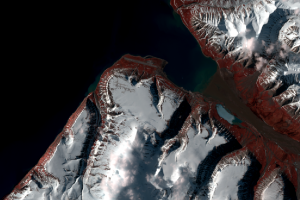 Nearby on Spitsbergen is an extensive satellite ground station. Locate...