A major development in this time series of images is Denver International Airport. A massive piece of infrastructure, the airport sits on 34,000 acres of land, making it the second largest airport in the world. Located 23 miles northeast of downtown Denver, the airport was the fifth busiest in the U.S. in 2017.

Its footprint on the landscape is impressive, and the airport even has room to expand. Prepared for plenty of future growth, there is enough space to expand it from 6 runways to 12.

Construction began in 1989, and the disturbance to the former farm and range land can be seen in the Landsat image from 1990. The transformation from agriculture to developed land use was complete soon after, and the airport’s first flight took off in 1995.

The runway layout was planned to be as efficient as possible. None of the runways intersect. And there is enough space between them to accommodate simultaneous landings even in poor weather. This plan reduces delays and minimizes the risk for aircraft traffic jams.

Five of the runways are 12,000 feet long. The sixth was a more recent addition. Brought into service in September 2003, this runway is 16,000 feet long and 200 feet wide. That’s about 2 Landsat pixels wide, but it shows up clearly in the imagery because it’s 162 Landsat pixels long. It’s the longest commercial runway in North America.

The extra length is needed in Denver’s high elevation. Particularly for departures, larger, heavier planes need the additional space to get off the ground. 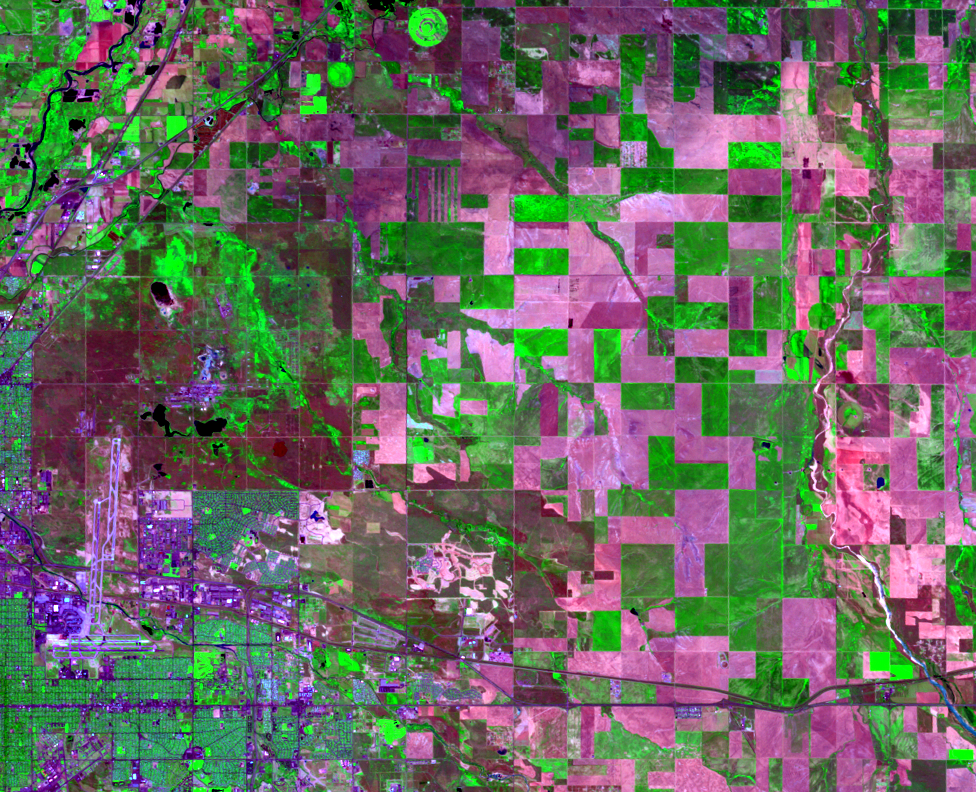 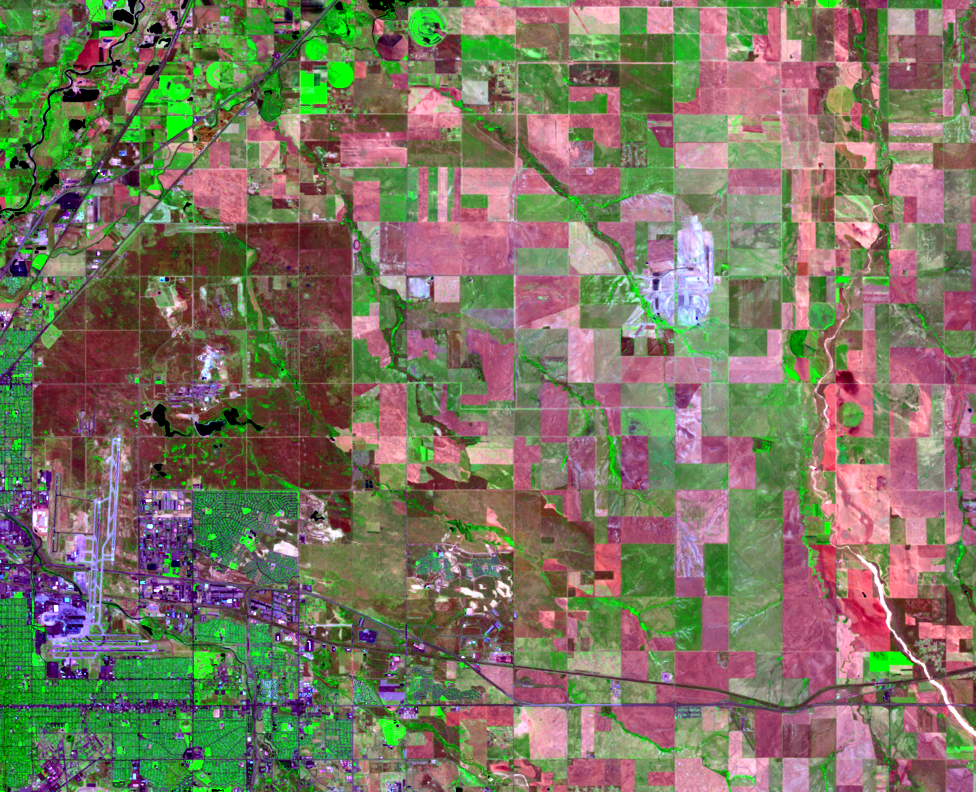 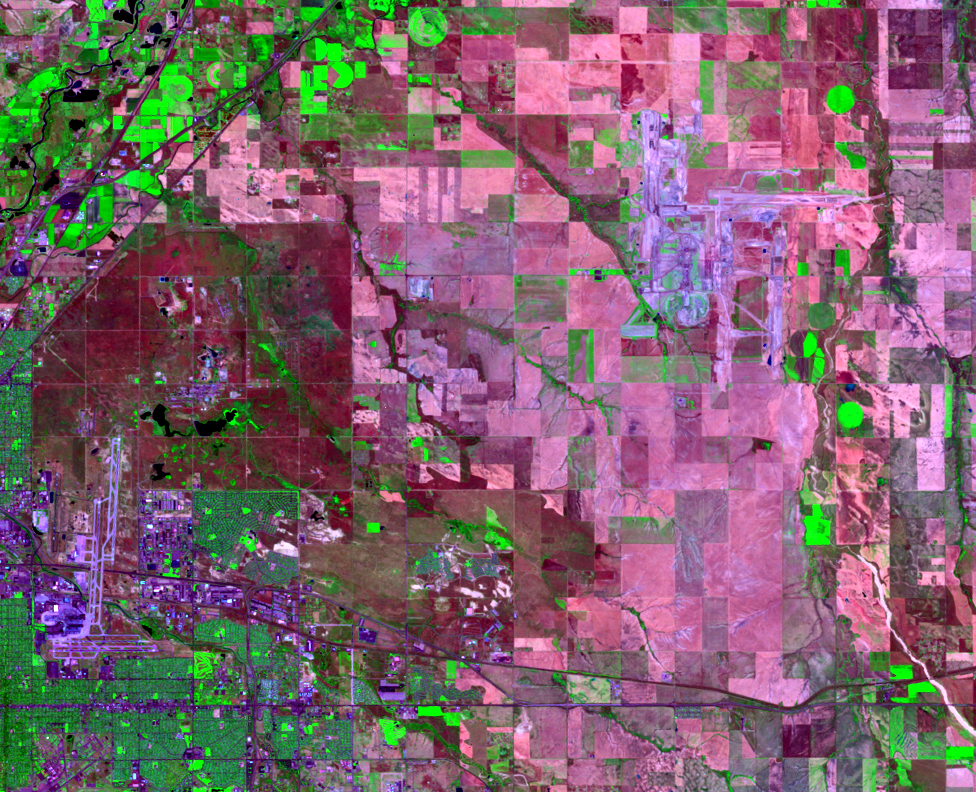 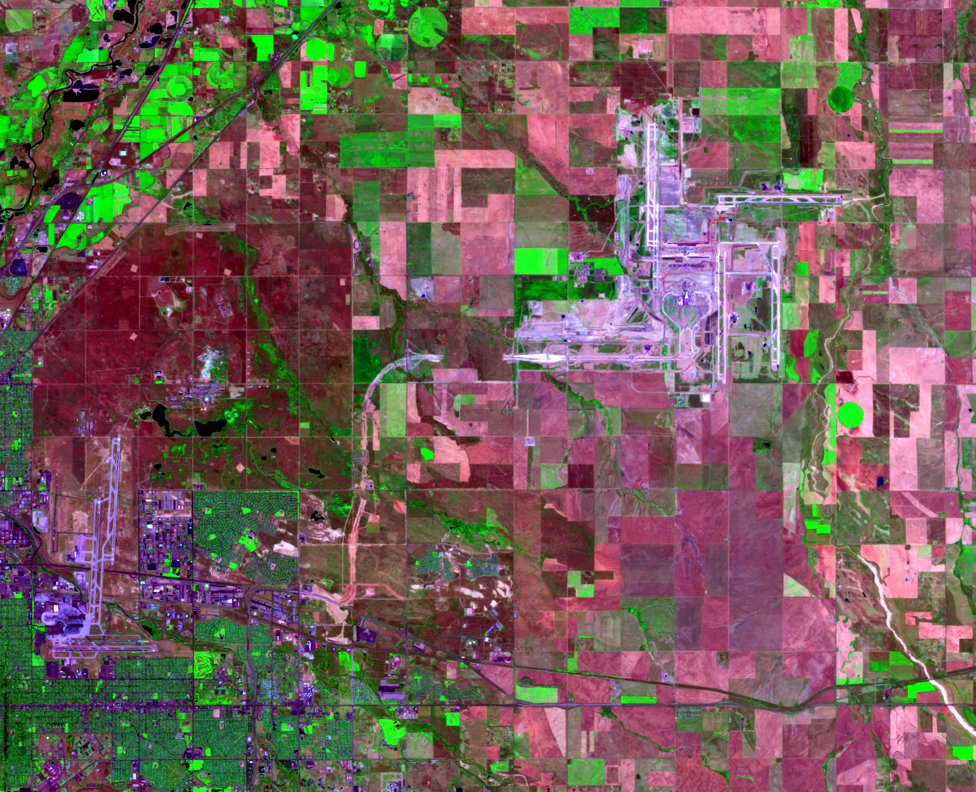 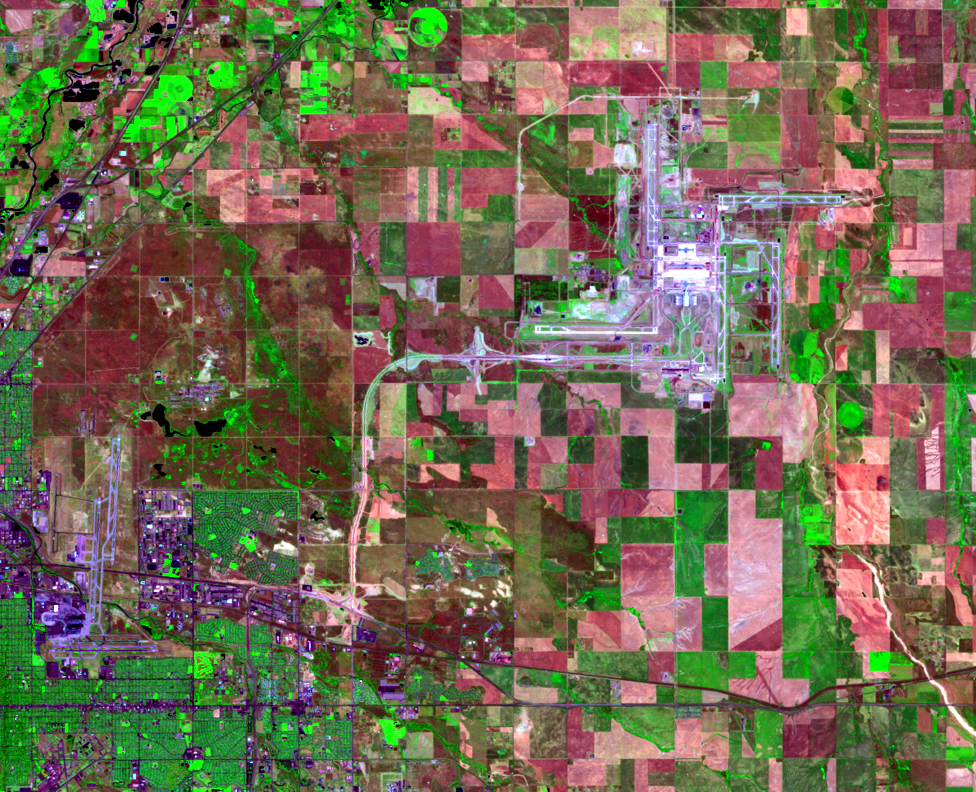 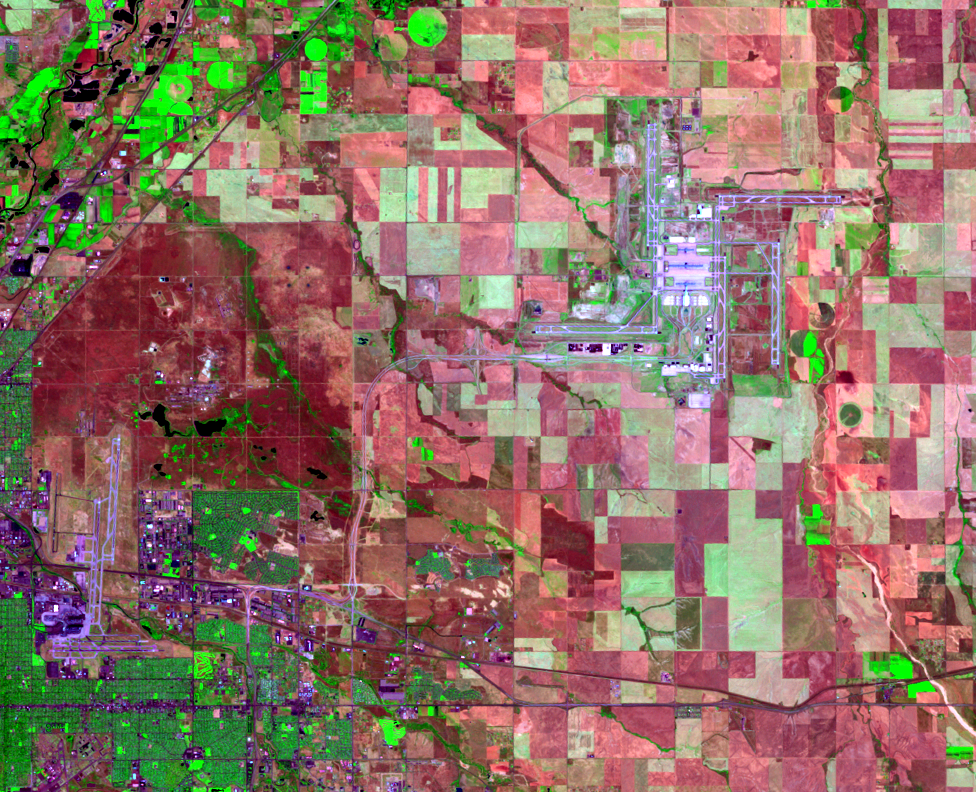 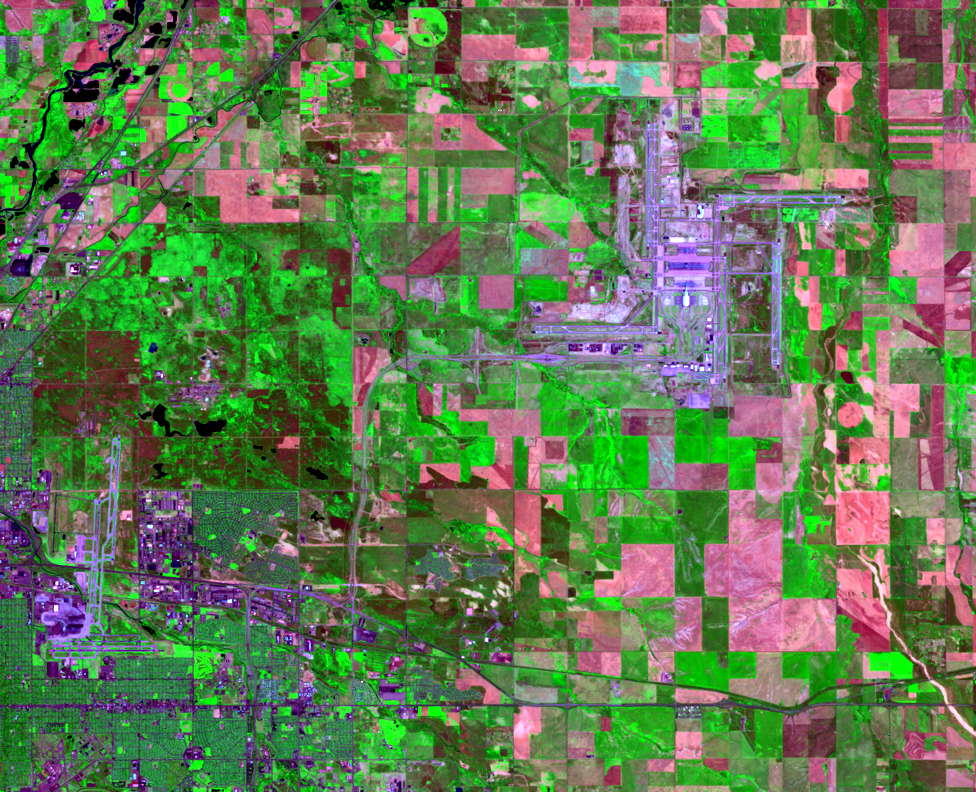 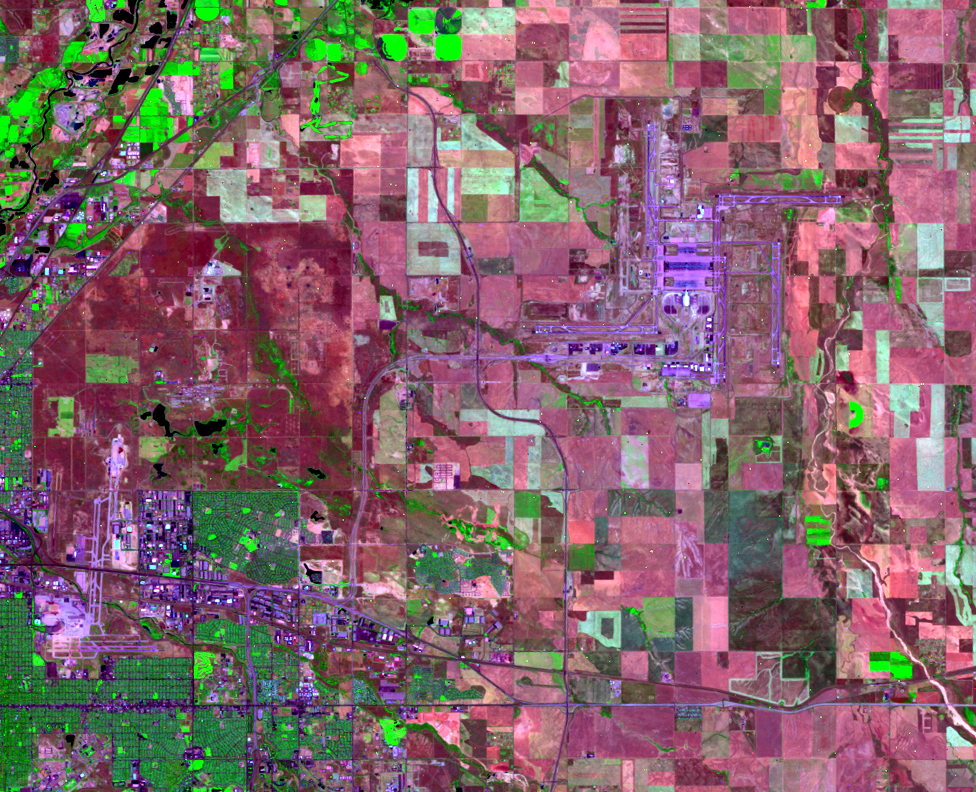 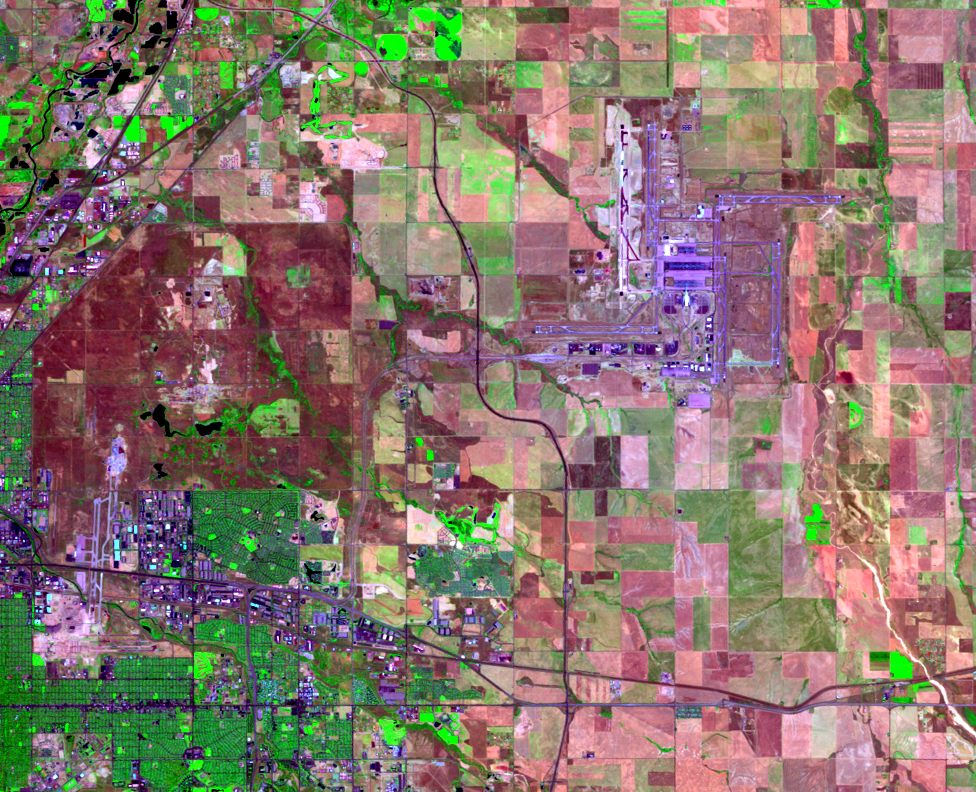 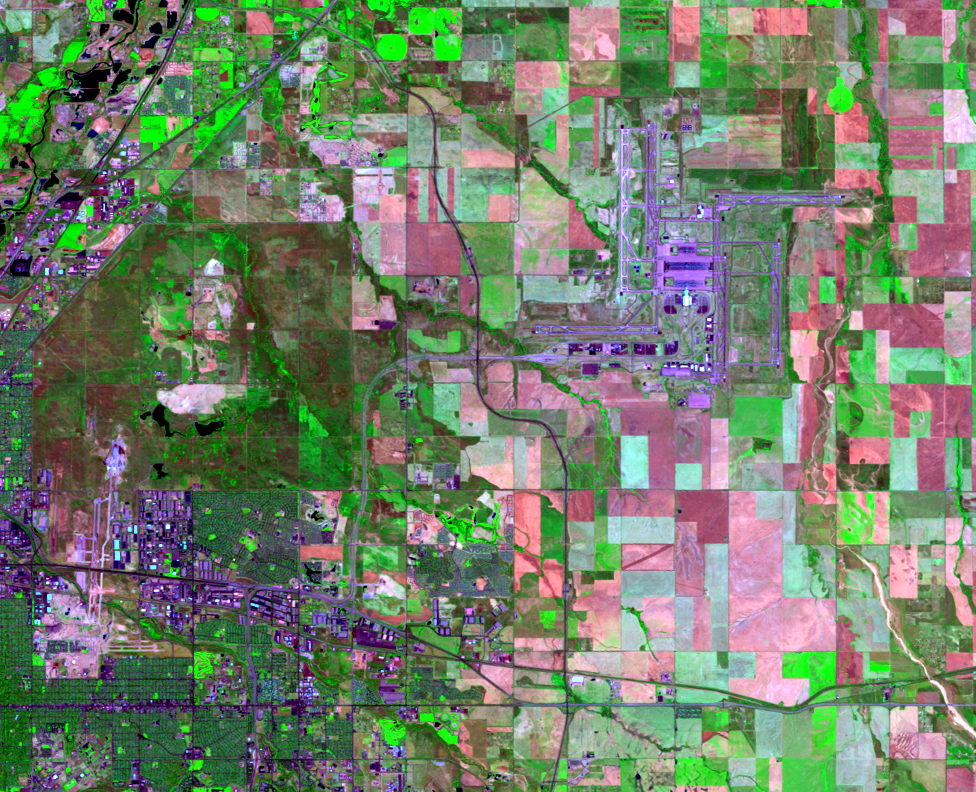 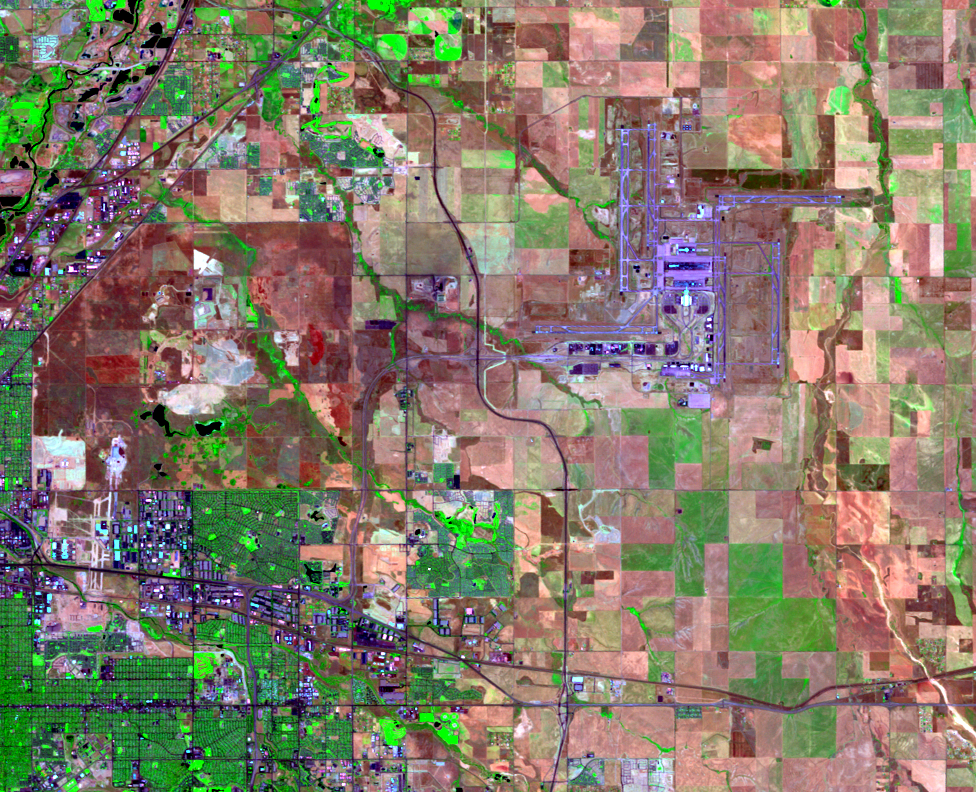 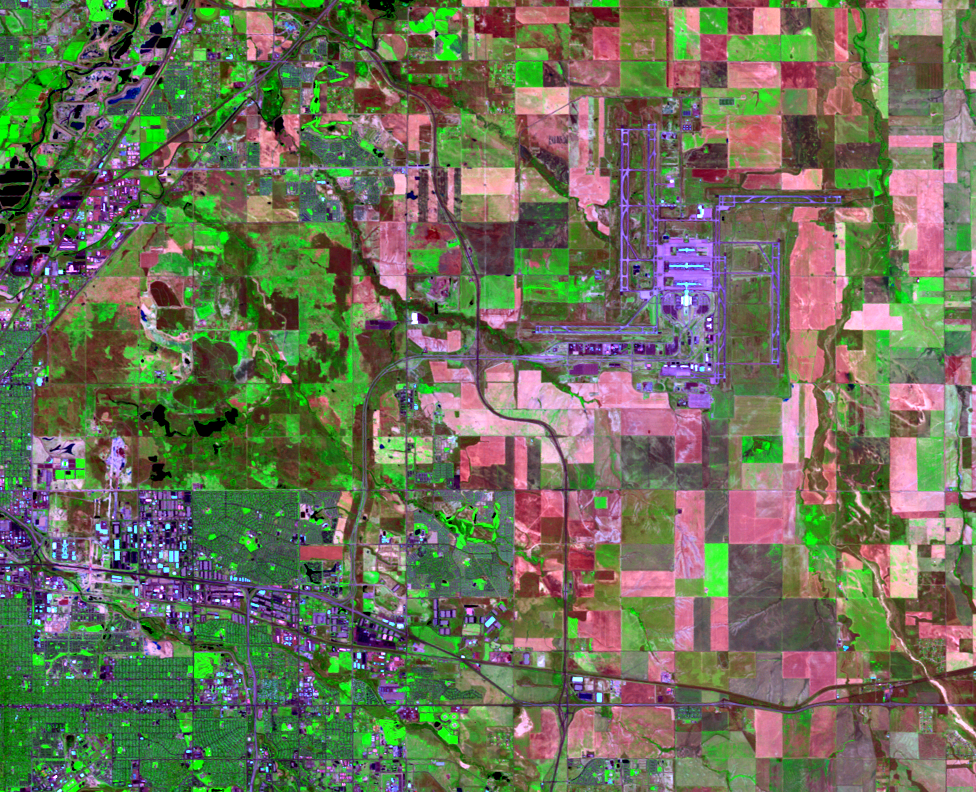 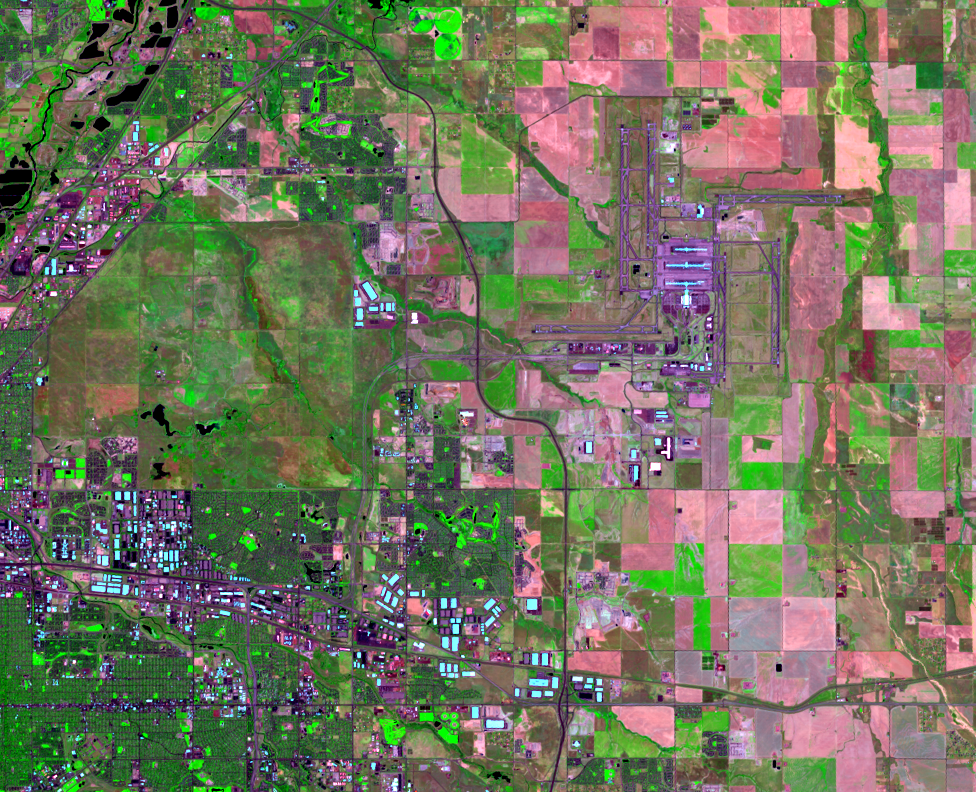 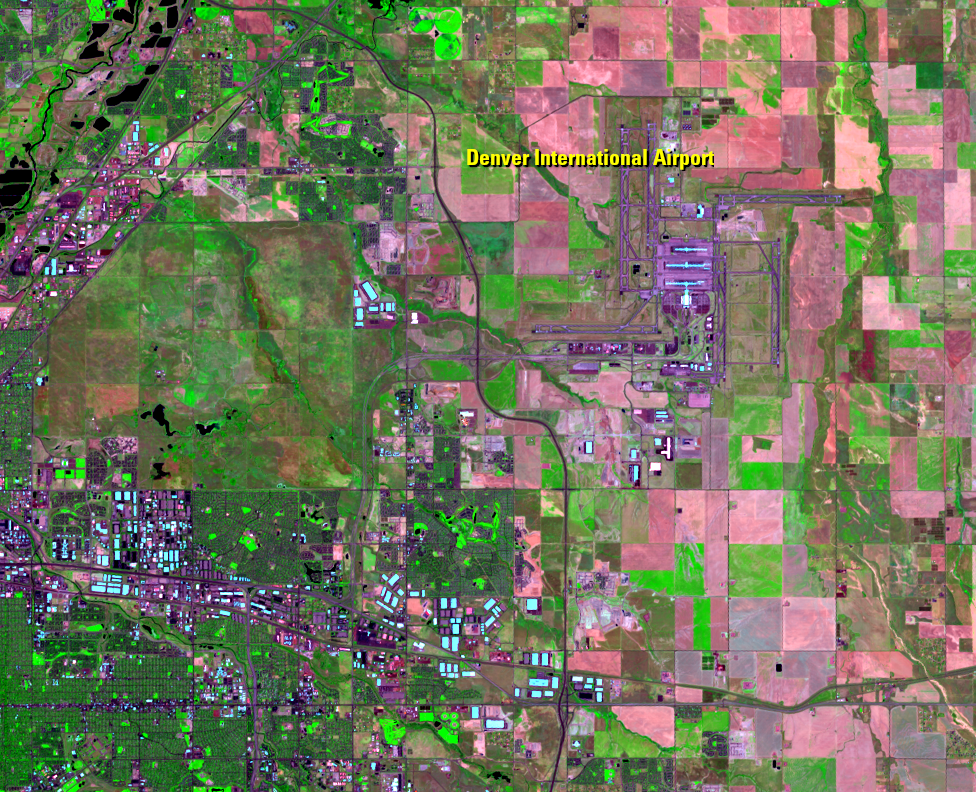 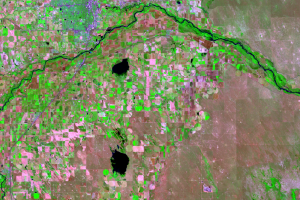 Other urban centers near Denver are also growing quickly. While the po... 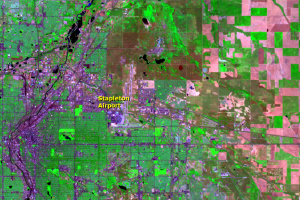 Stapleton Airport near downtown Denver served the city since 1929. By ... 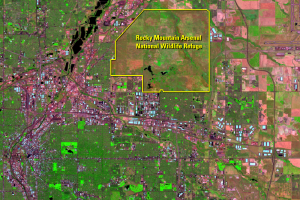 There is a noticeable area of undeveloped land in all that urban growt...