In September 1999, engineers at EROS were reviewing Landsat 7 sensor output. An image grabbed their attention. Over Selkirk Island, about 500 miles off the coast of Chile, they noticed an unusual cloud pattern. They referred the image to EROS scientists, who identified the striking series of swirls as a “Karman vortex street,” a fluid flow pattern rarely seen so clearly outside of a laboratory.

How did these Karman vortices develop? Selkirk Island is the tip of a volcanic peak, rising sharply from the ocean, its steep sides critical to the formation of these vortices. Though covering only 33 square miles, the island rises over a mile into the sky.

On the day Landsat 7 acquired this image, the wind was carrying northward a layer of stratocumulus clouds (flat-bottomed puffballs). The mile-high island caused this cloud layer to slow about the island, while remaining fast farther out on either side. So on each “wing,” left and right, the air started rotating toward the inside—clockwise on the left, counter-clockwise on the right. The rotational momentum made each side swirl in on itself.

The whorl-cores were clear because the swirling pulled dry, clear air (from above or below) into the wet layer, a bit like the funnel formed when you stir up a pitcher of orange juice. These clear, spinning pockets trailed off down the “street” from the island like soap bubbles from a toy wand—drifting downwind, weakening, filling with clouds, and breaking up.

We ordinarily show as few clouds as possible in Earthshots because they block our view of the land, but in this case they do have scientific, as well as aesthetic, value. The American Meteorological Society featured the Selkirk image on the cover of their monthly bulletin. This image also became one of the earliest selections in the Earth As Art collection. 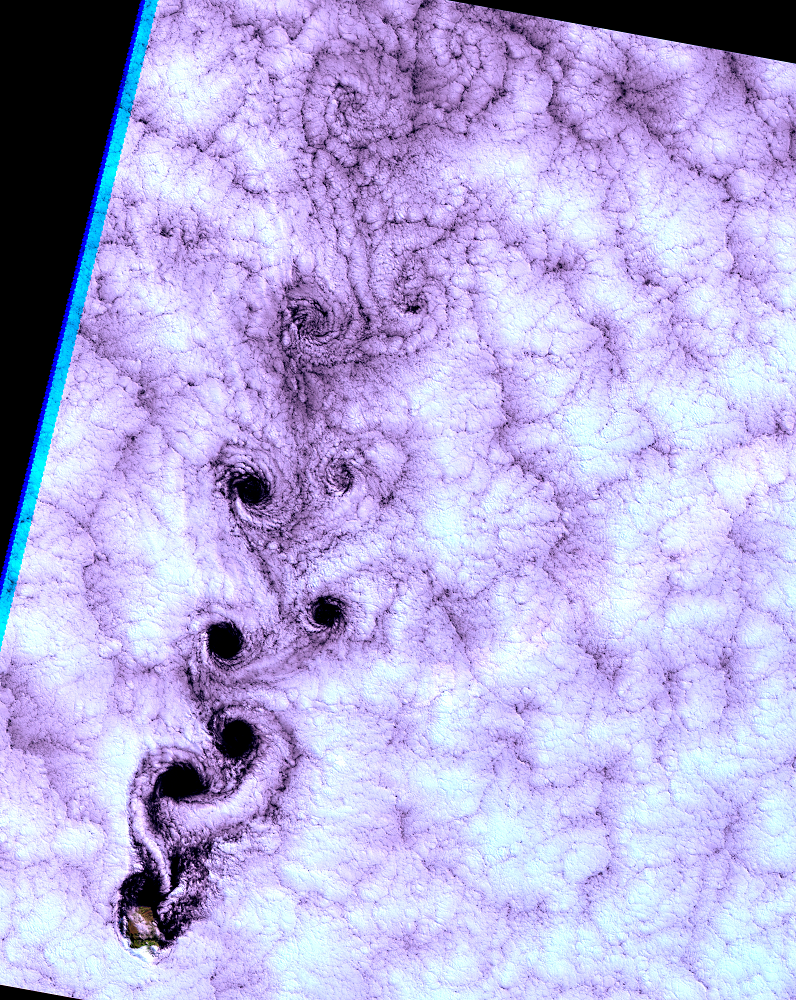 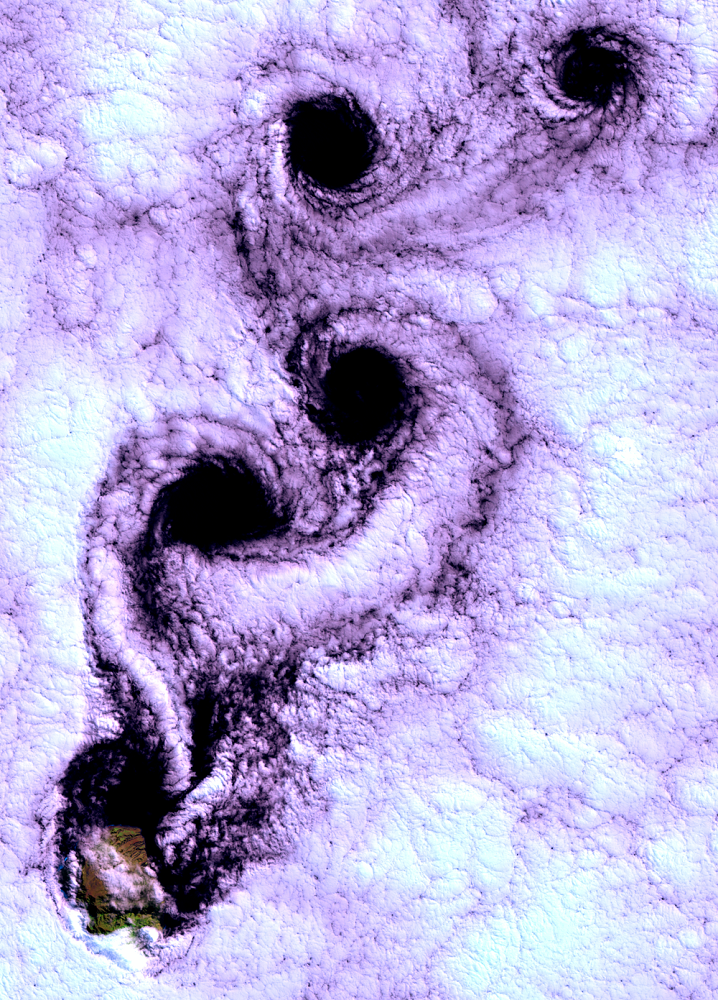 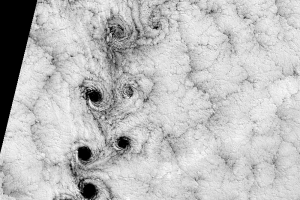 The Landsat images that are shown on Earthshots are combinations of th... 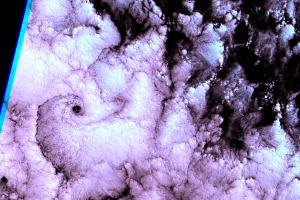 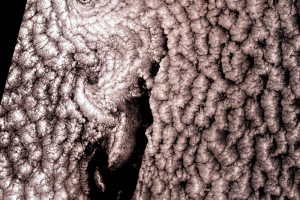 Selkirk Island is not the only place where Landsat has seen vortex str... 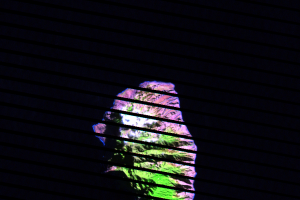 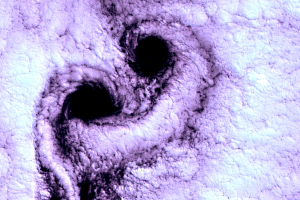 Have you noticed that in these images, clouds look white but the ocean...