Mountain pine beetles, which are native to the pine forests of western North America, live most of their lives just beneath the bark of living pine trees. They usually only kill a few trees per year that are already weakened. Healthy trees have defenses that can defeat the beetles. They resist the beetles by releasing pitch, which helps prevent beetles from boring into the tree. This works when it’s only a few beetles on the tree. But the current epidemic is overwhelming their defenses.

Once a pine beetle is on a host tree, it communicates to other beetles by emitting a pheromone that attracts other beetles to mass-attack. They overwhelm the tree’s defenses and tunnel under the bark. Although the tunneling injures the tree by disrupting the movement of food and water from the needles to the trunk and roots, its needles initially remain green, which makes the early stages of infestation difficult to see from the air. A year after the flow of water and nutrients has been cutoff, the tree dies and its needles turn red. A year later the dead trees take on a greyish color as the dead needles fall to the ground.

An outbreak like this begins in dense, and sometimes overcrowded, forest. Climate also plays a role as warm, dry summers are good for beetle development and dispersal, while mild winter temperatures allow more larvae to survive.

Successive years of favorable summer and winter weather can lead to widespread damage, which has been the case in the Black Hills. A more close-up look at the affected region shows a pronounced decrease in the amount of green forest cover between 1992 and 2018.

In 2018, precipitation in the Black Hills was above normal, and the beetles have remained at normal levels. The damage is done, however, and current Landsat imagery still shows the degraded forest. Recovery in the pine forest is very gradual. 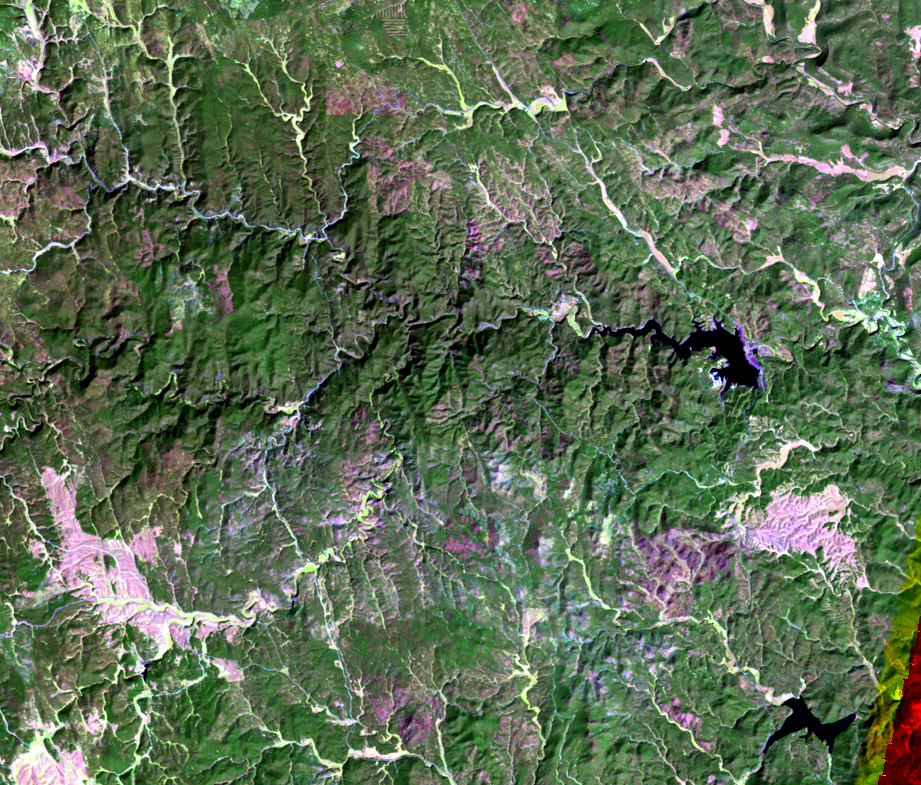 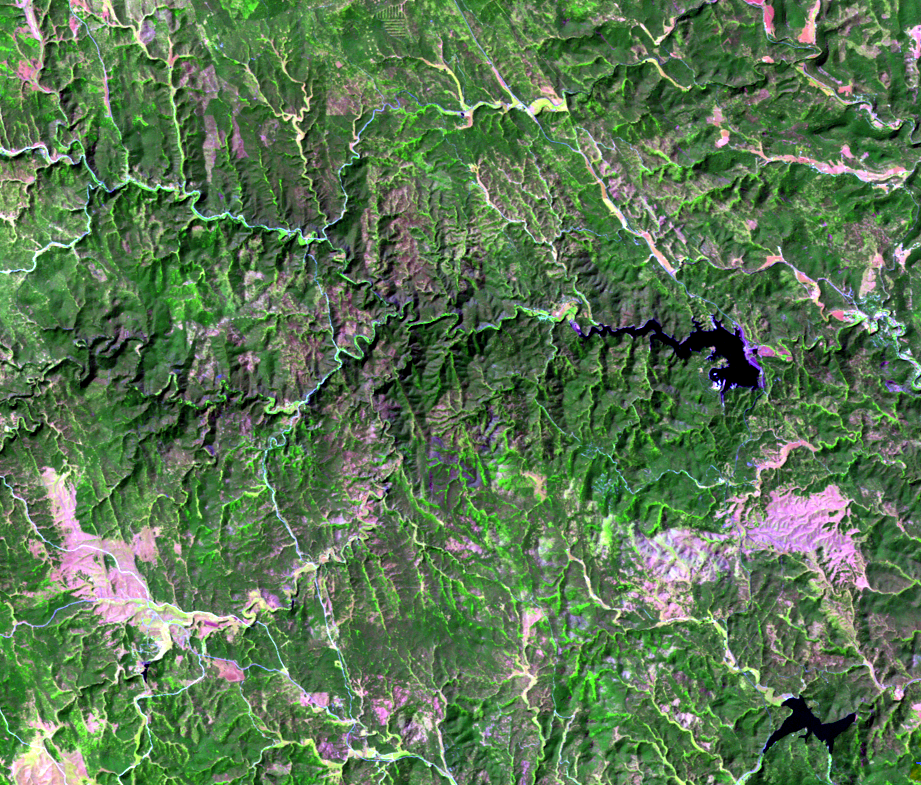 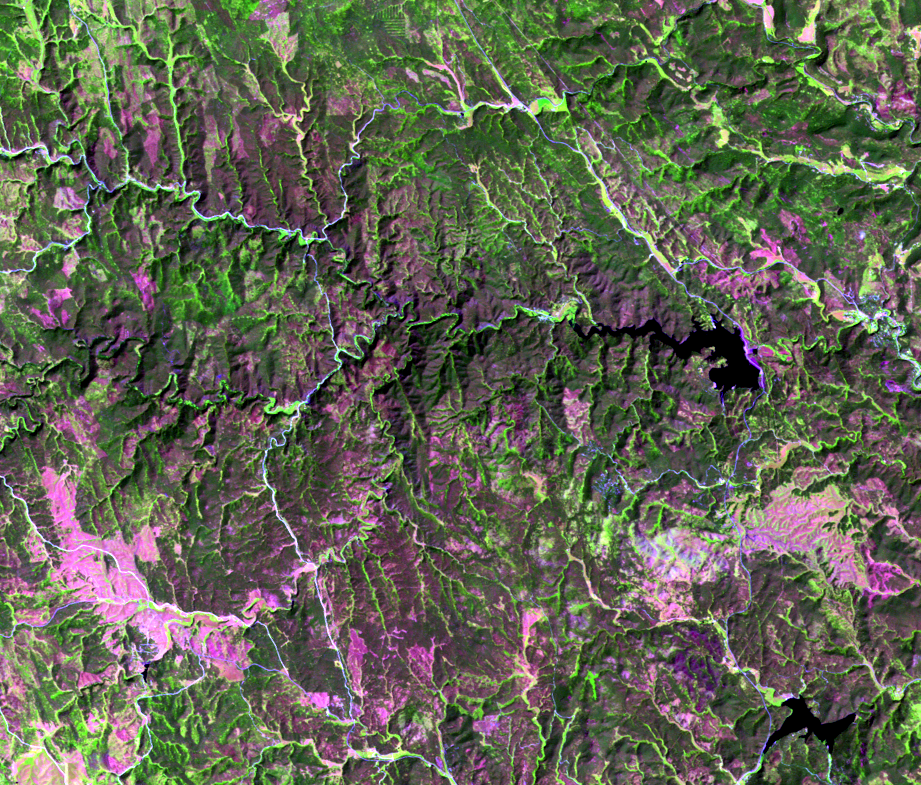 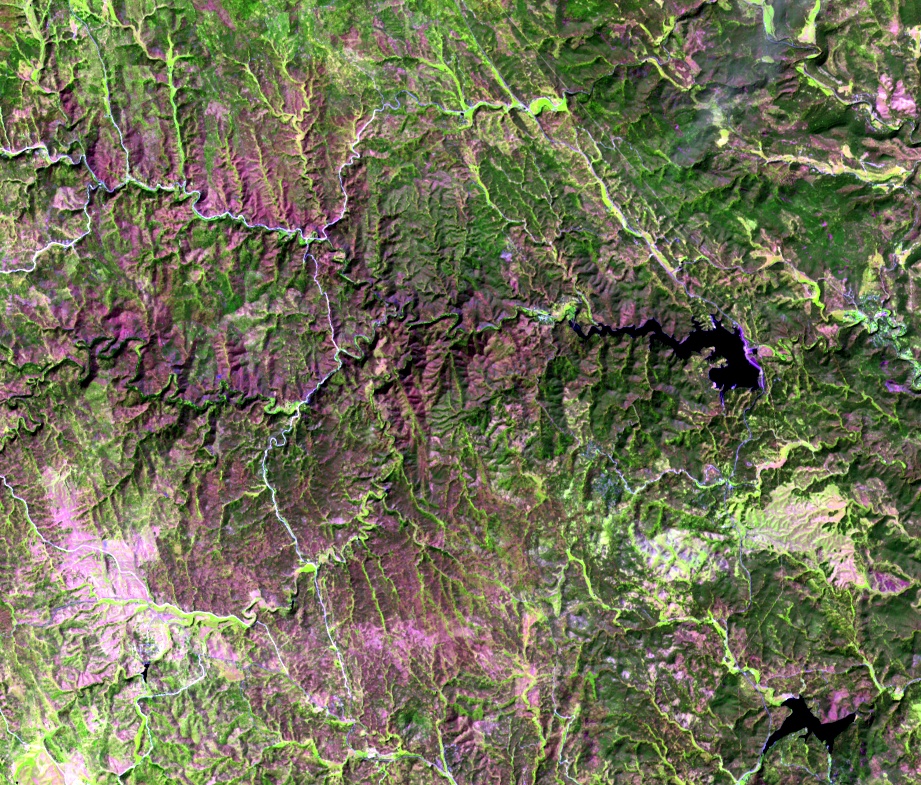 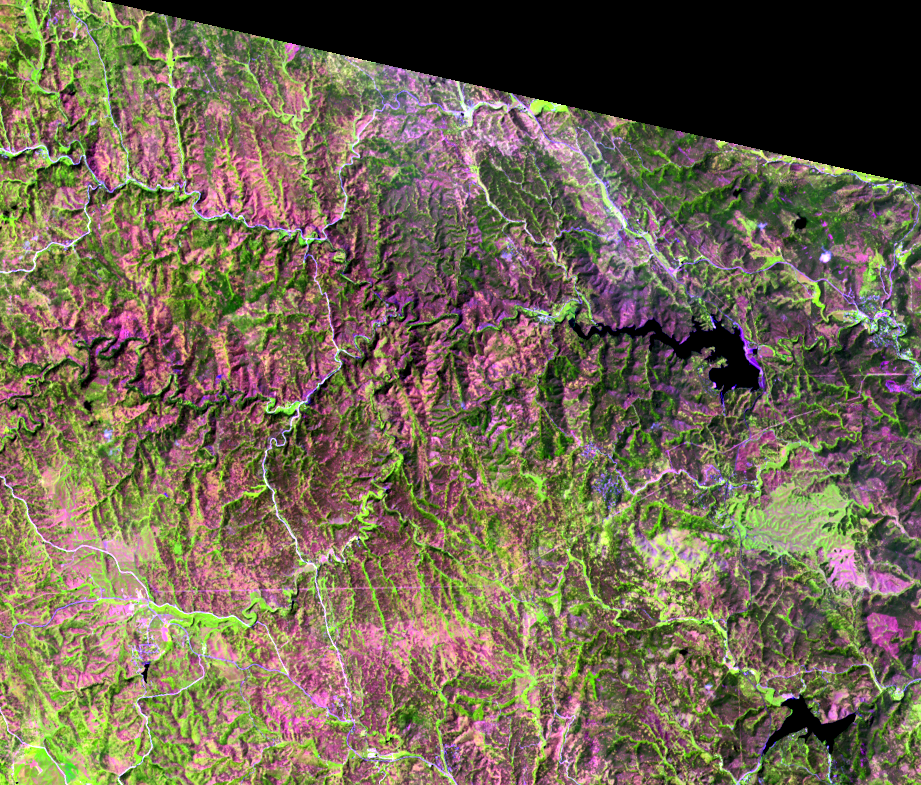 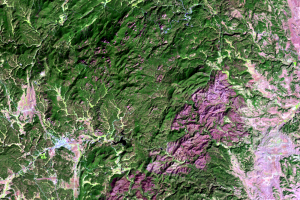 Another set of close-up images shows the area around Mount Rushmore Na...