The volcanic blast on May 18, 1980, devastated more than 150 square miles of forest within a few minutes. In the following nine hours, volcanic ash rose more than 15 miles into the air, later to land in troublesome amounts as far away as Montana. Sixty people were dead or missing, including one USGS volcanologist, David Johnston, who was monitoring the mountain from nearby.

Look at the zoomed-in images. Forested areas appear red. Ash, mudslides, and mud-laden rivers are grayish blue. Water looks black. Ice and snow are white. Several changes can be seen in these images:

View an animation of a time series of Landsat images from the eruption and through gradual forest regrowth. 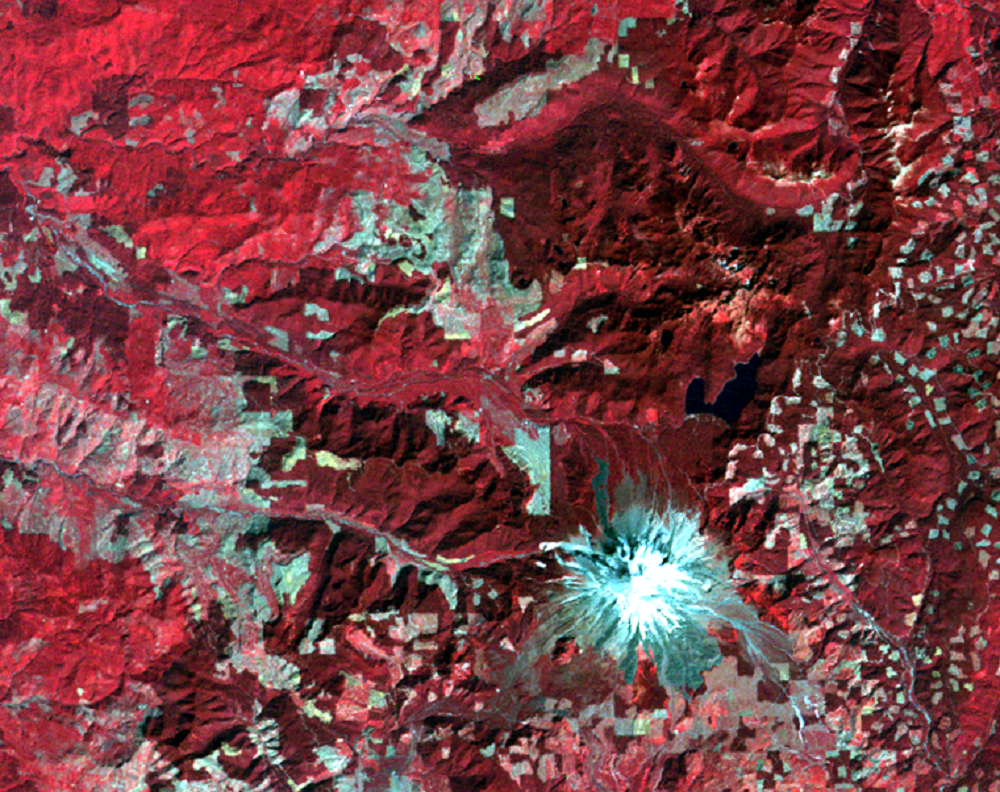 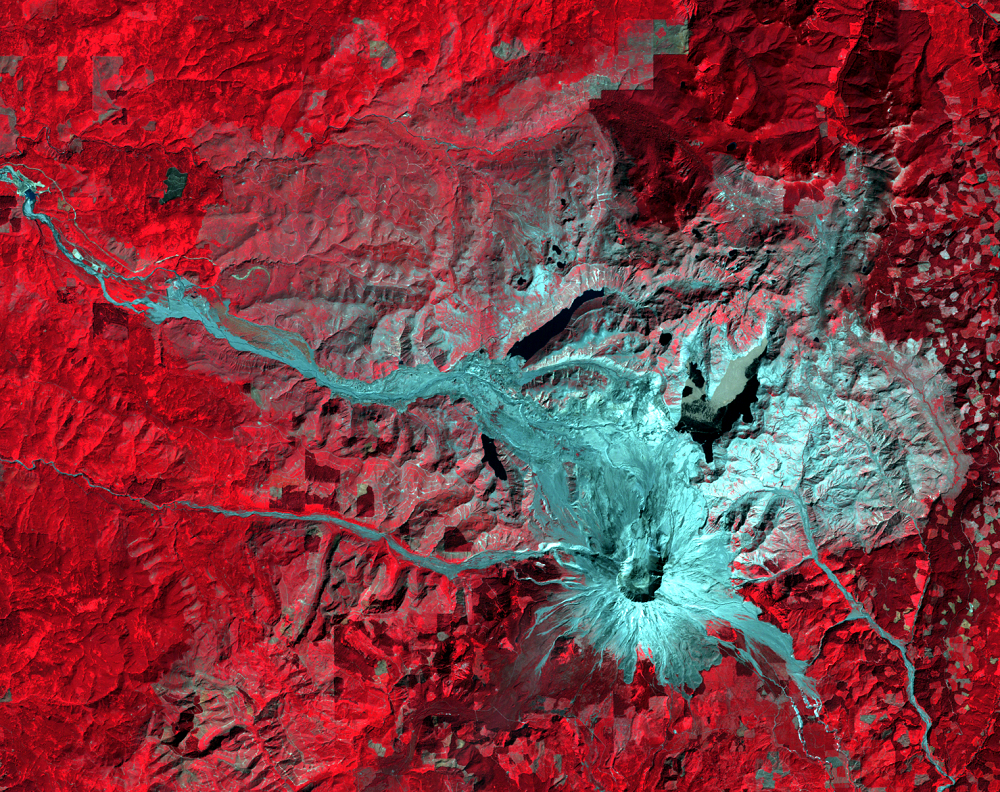 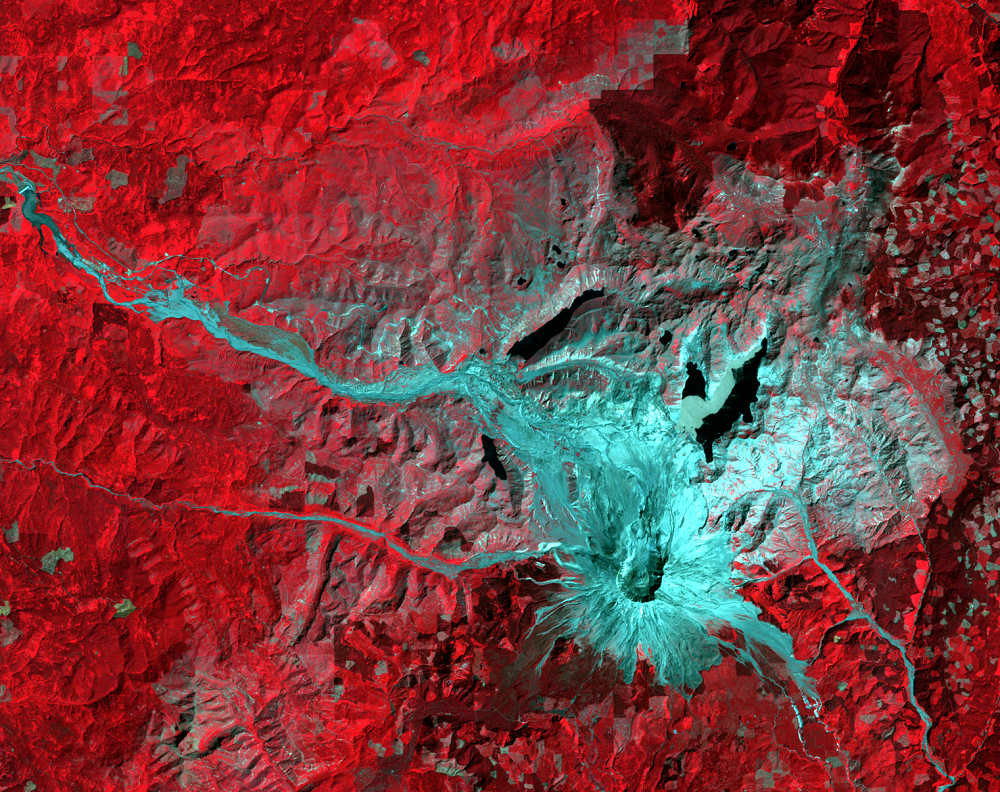 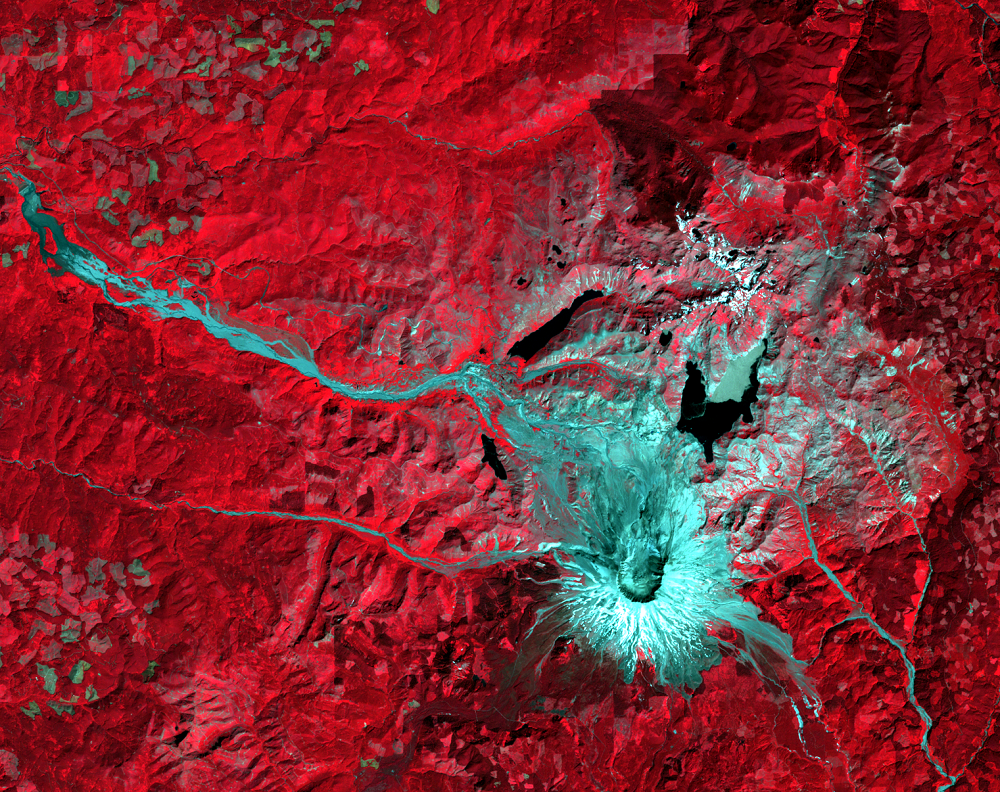 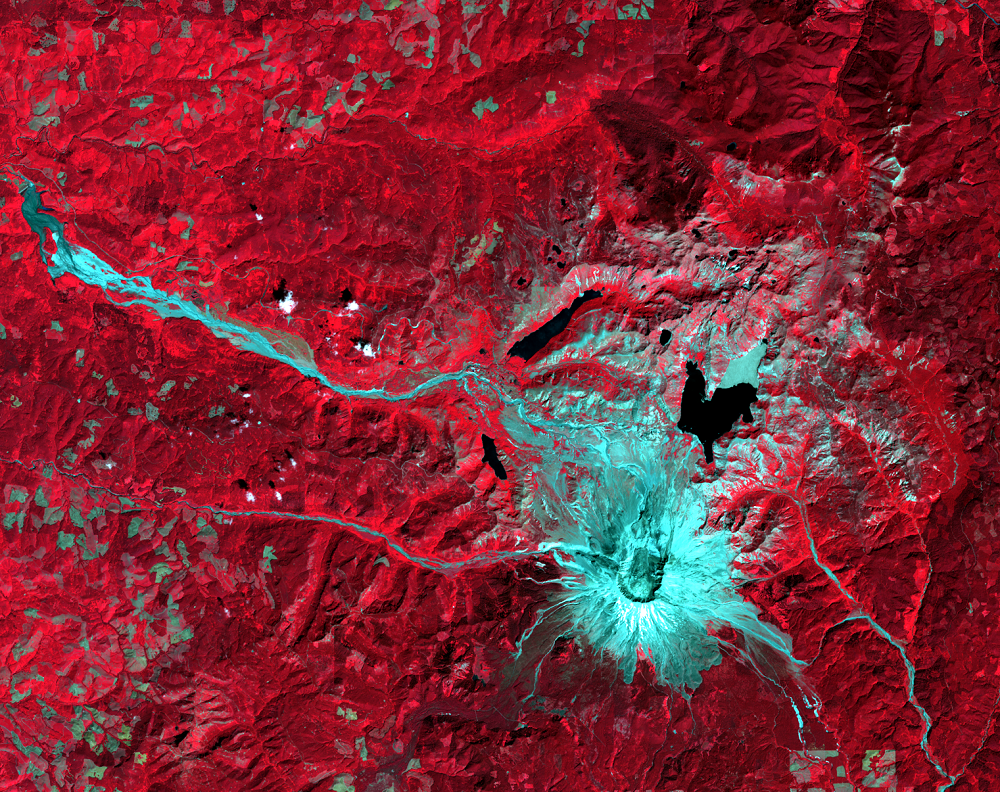 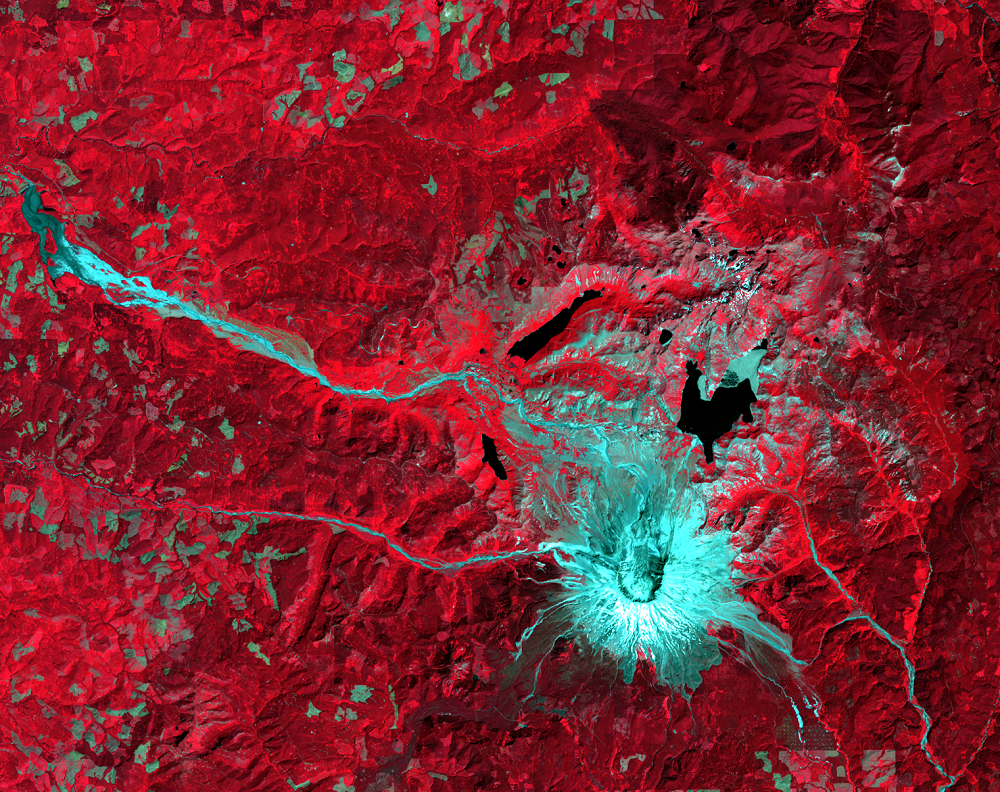 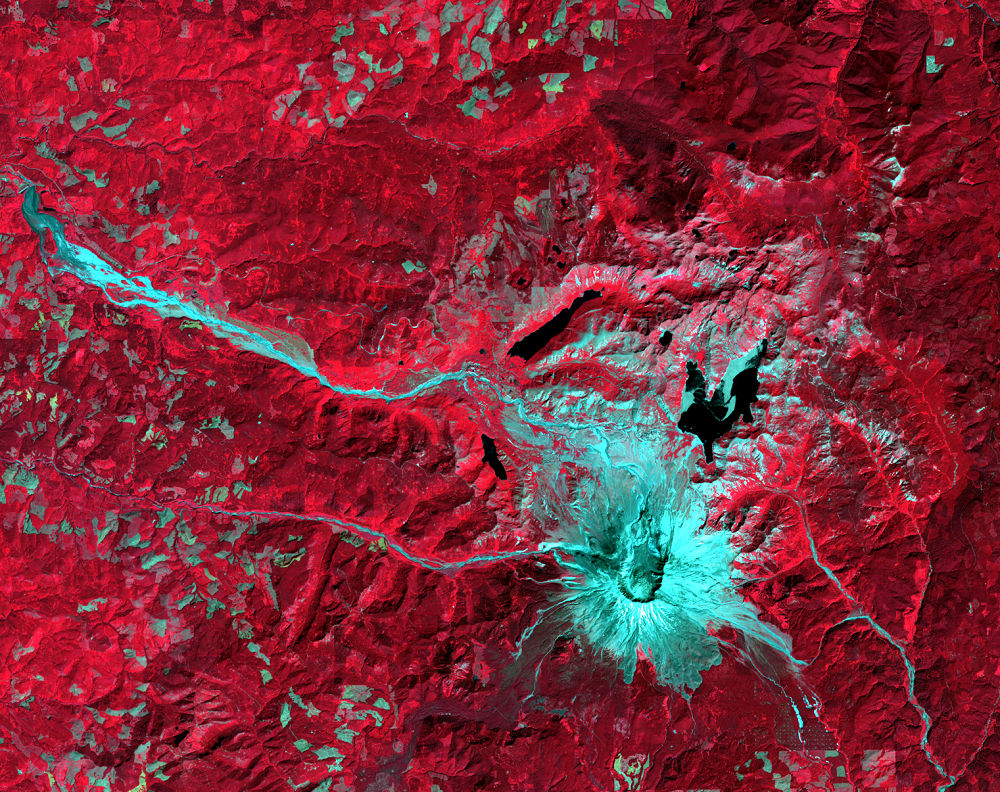 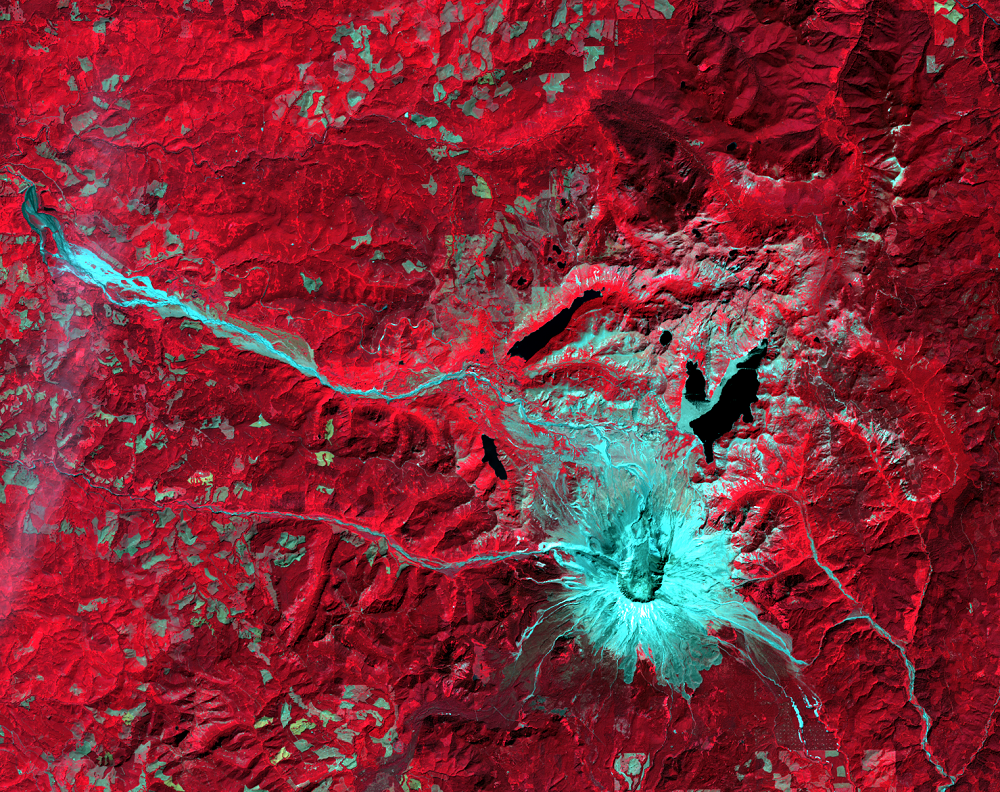