Lake Chad’s lakebed is flat and shallow, so small changes in water level greatly affect its surface water area. During an average rainy season, the water level in the lake is typically 5–8 meters deep, although it has gone through many wet and dry climatic regimes for thousands of years when water levels were much higher or lower than normal. Therefore, it may be more accurate to think of Lake Chad as a deep wetland than a lake.

Water level fluctuations are not new to Lake Chad. In the last 1,000 years, according to fossil evidence, the lake probably dried out a half-dozen times. A chart shows levels since the 1870s, from actual measurements and from estimates based on Nile River discharge.

This image series shows the location of the Chari River delta on the southern end of Lake Chad, along with increasing amounts of wetland. 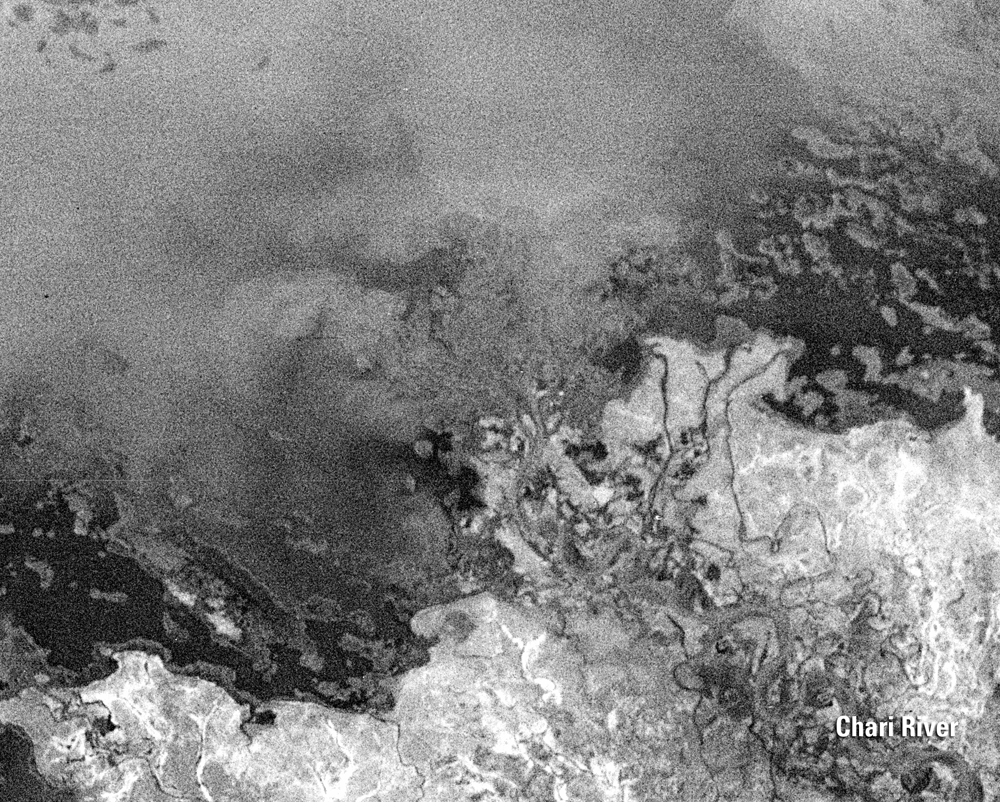 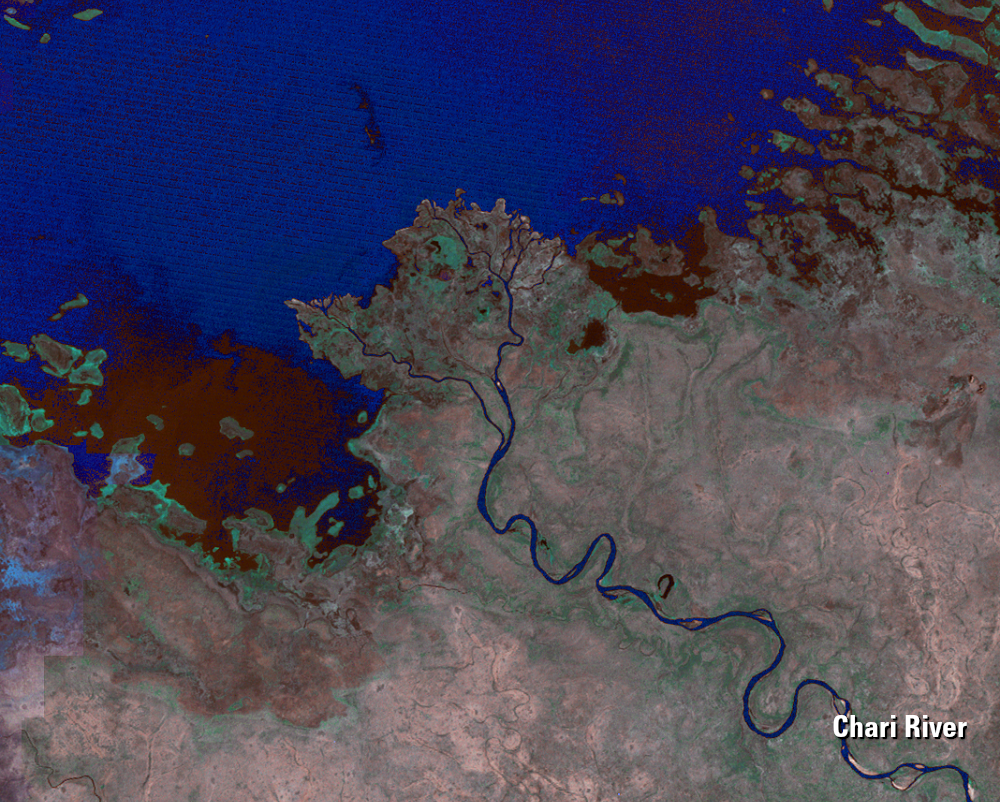 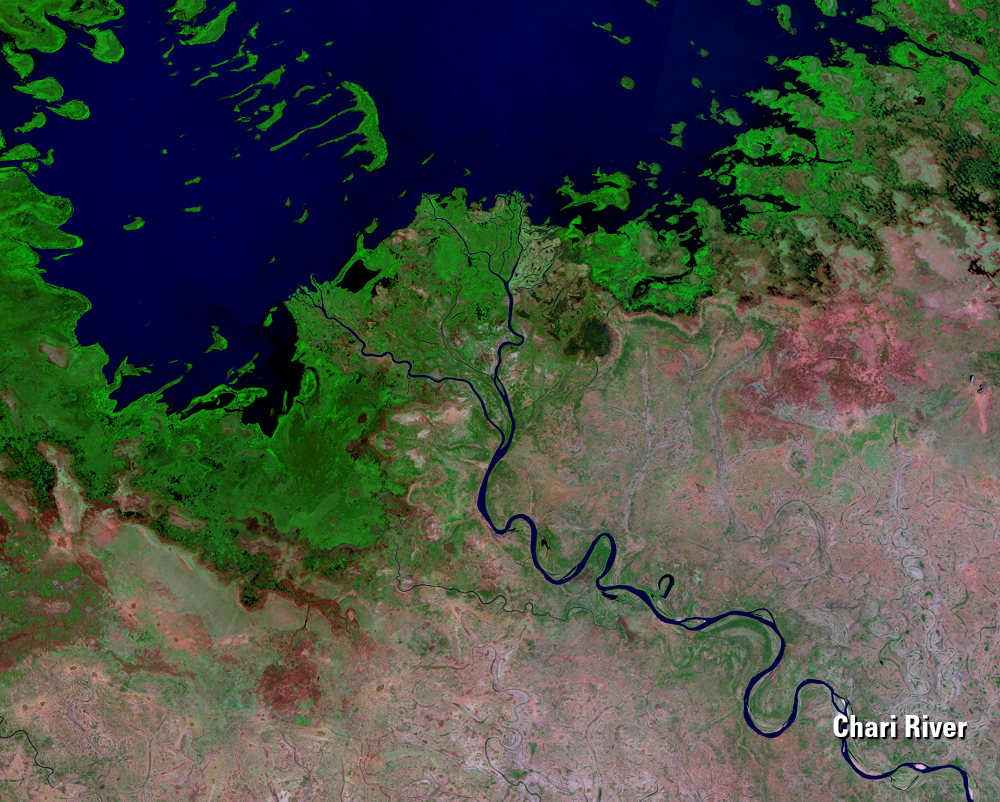 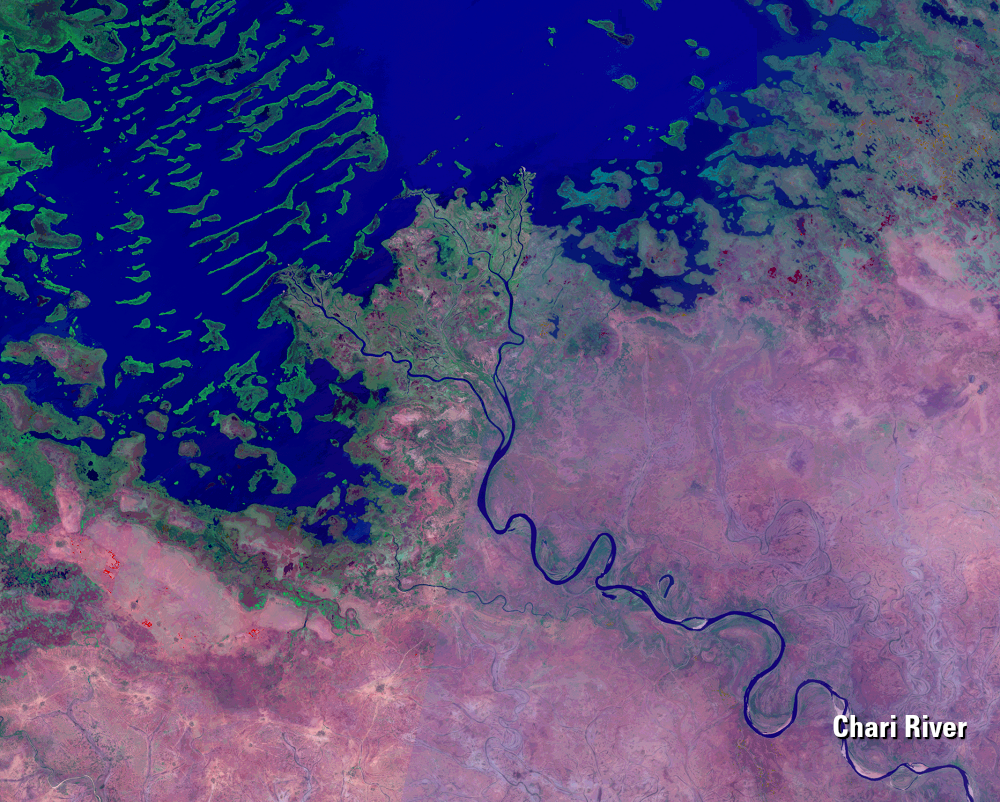 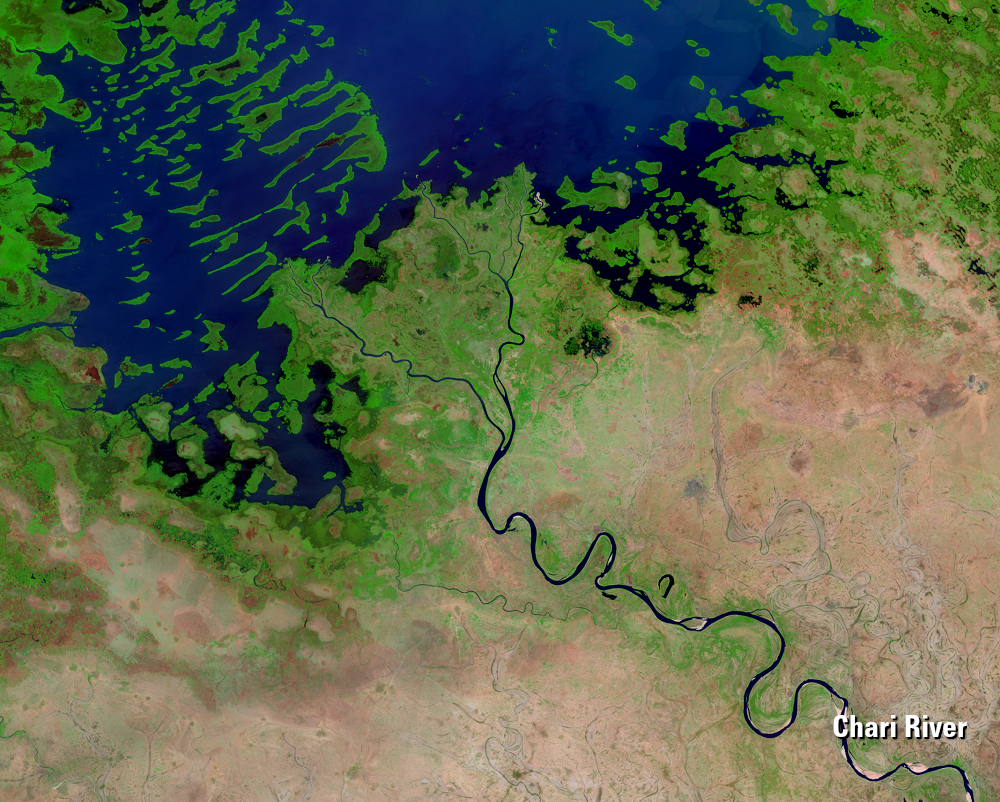 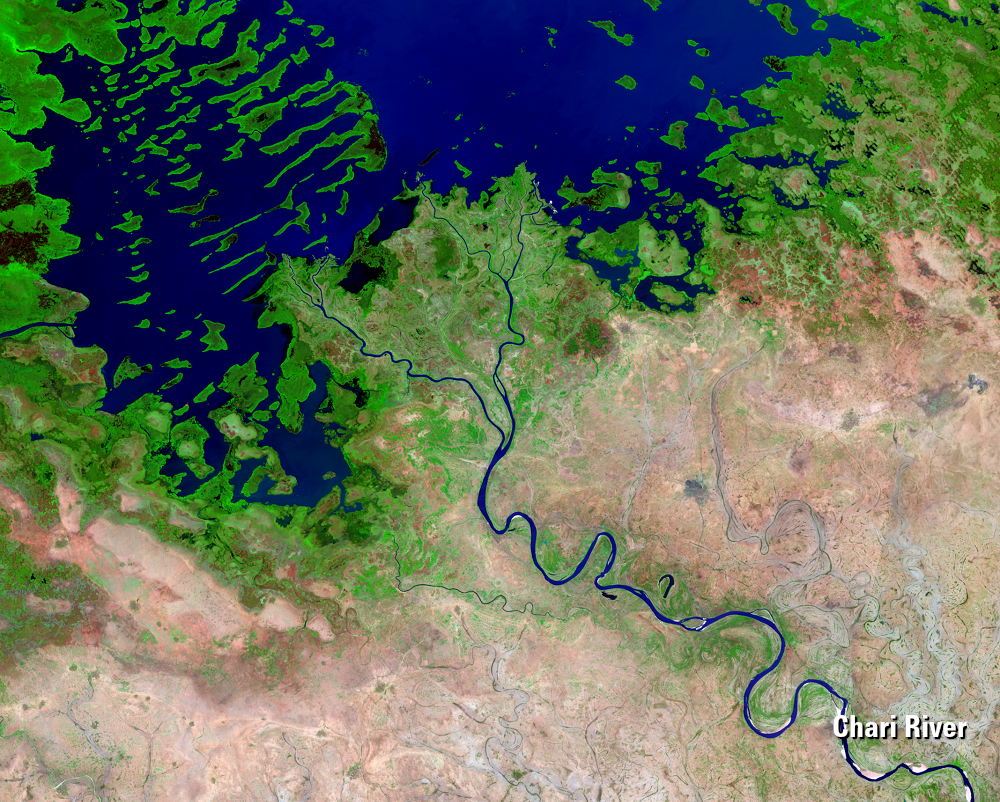 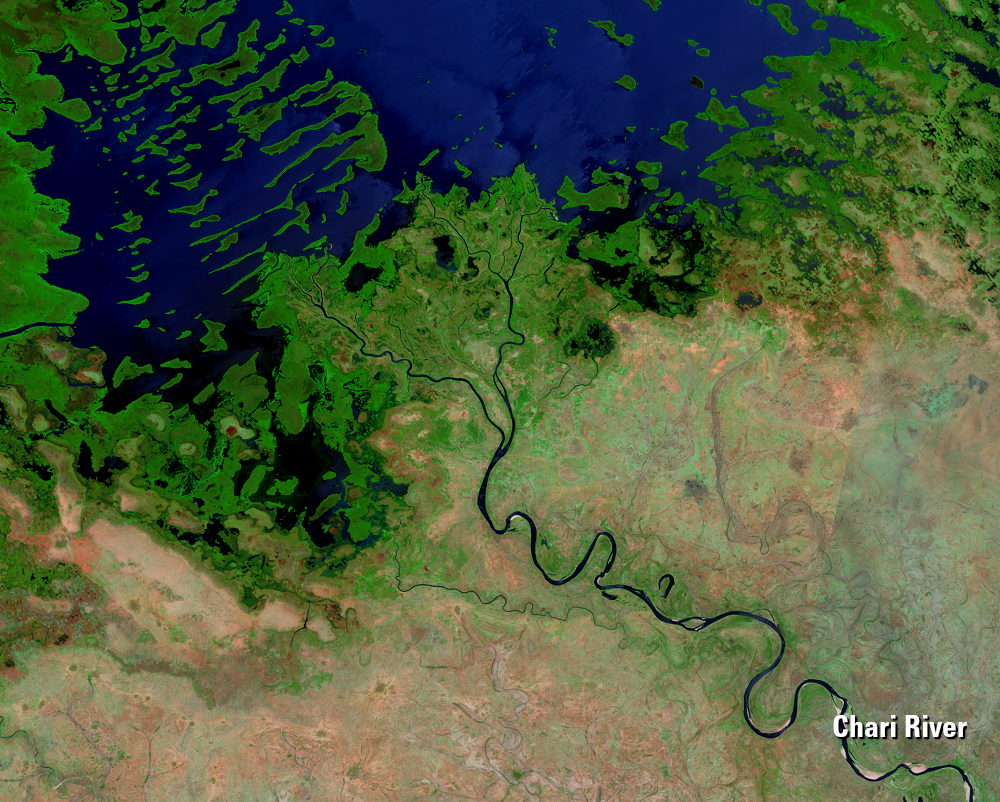 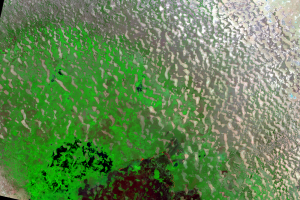 While the overall trend in this time series is a shrinking lake, the n...