As dry and dusty as the playa is when it comes time for Burning Man in late summer, it’s often wet during winter and early spring. Mean annual precipitation in the playa is about 17 centimeters, but water also flows into the playa from melting snow in the mountains to form shallow lakes of varying size.

The shortwave infrared and near-infrared bands on the Landsat sensors accentuate water and the land-water boundary. The silty water on the playa pops in bright aqua in the images. The frequent flooding and drying keeps the playa surface firm.

It is possible, though rare, for lakes to stay through an entire calendar year, such as from fall 1983 to spring 1985. A September 16, 1984, Landsat image shows the playa as still wet. Most other years, the lakes dry up by midsummer.

An image from May 4, 1993, shows an interesting effect. Water from that year’s temporary lake was blown out of its bed to the north by a strong south wind. A shallow scarp, only 20–40 centimeters high, curves around the north edge of the playa and often marks the edge of the lake. But the blue color washes over the scarp in this image.

On the other hand, the playa occasionally does not flood at all. If that happens for a few years in a row, the surface can become soft and loose, as happened from 2002 to 2004 when the playa remained dry. After two springs (2005 and 2006) of lake formation and desiccation, flooding restored the surface to a hard and durable crust.

If lake formation on the playa becomes less frequent in the future, it could become a source of dust emissions. In this relatively remote area, remote sensing with satellites provides an efficient means to monitor hydrologic conditions. 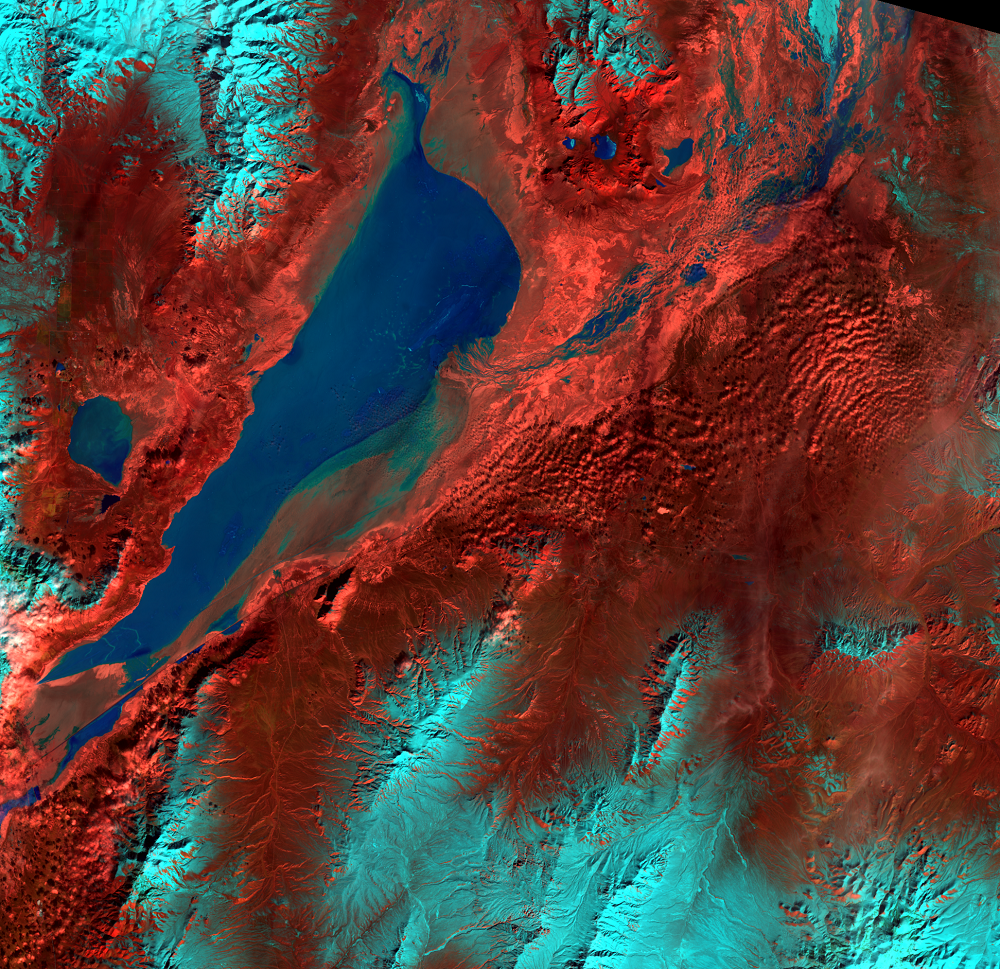 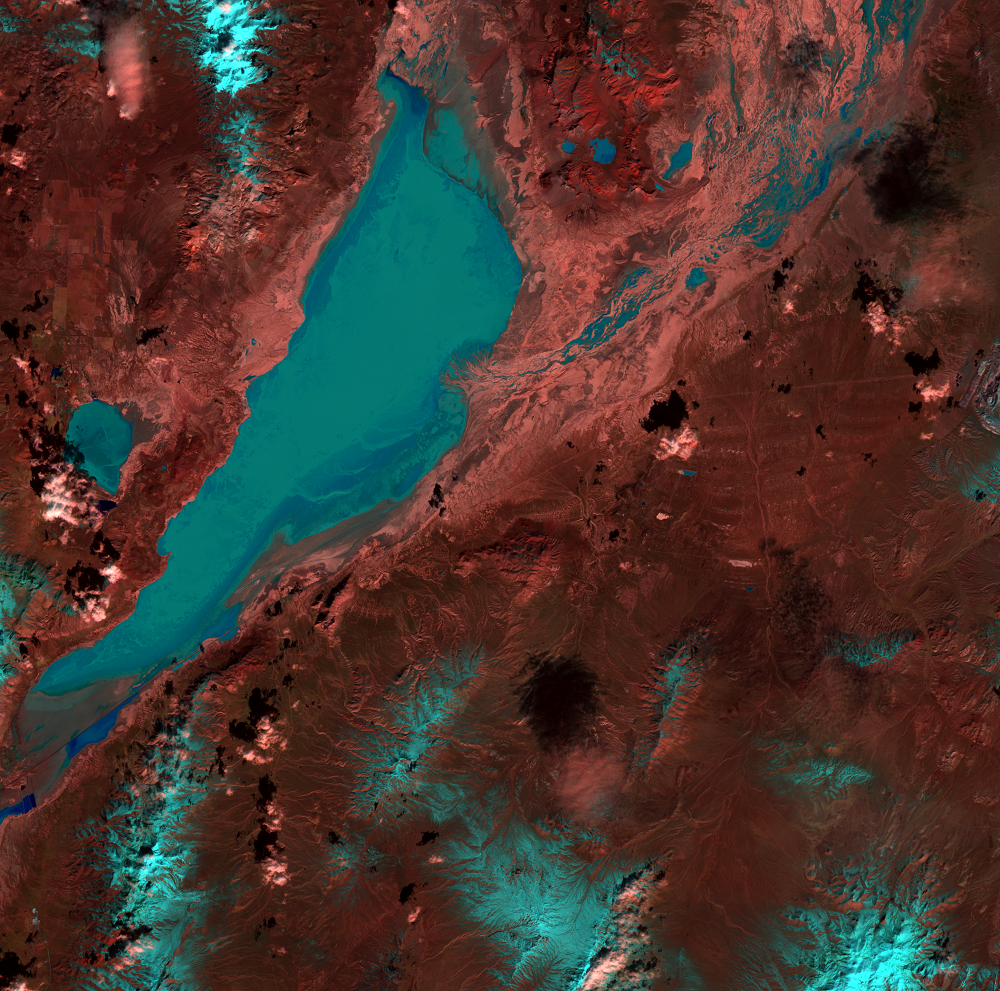 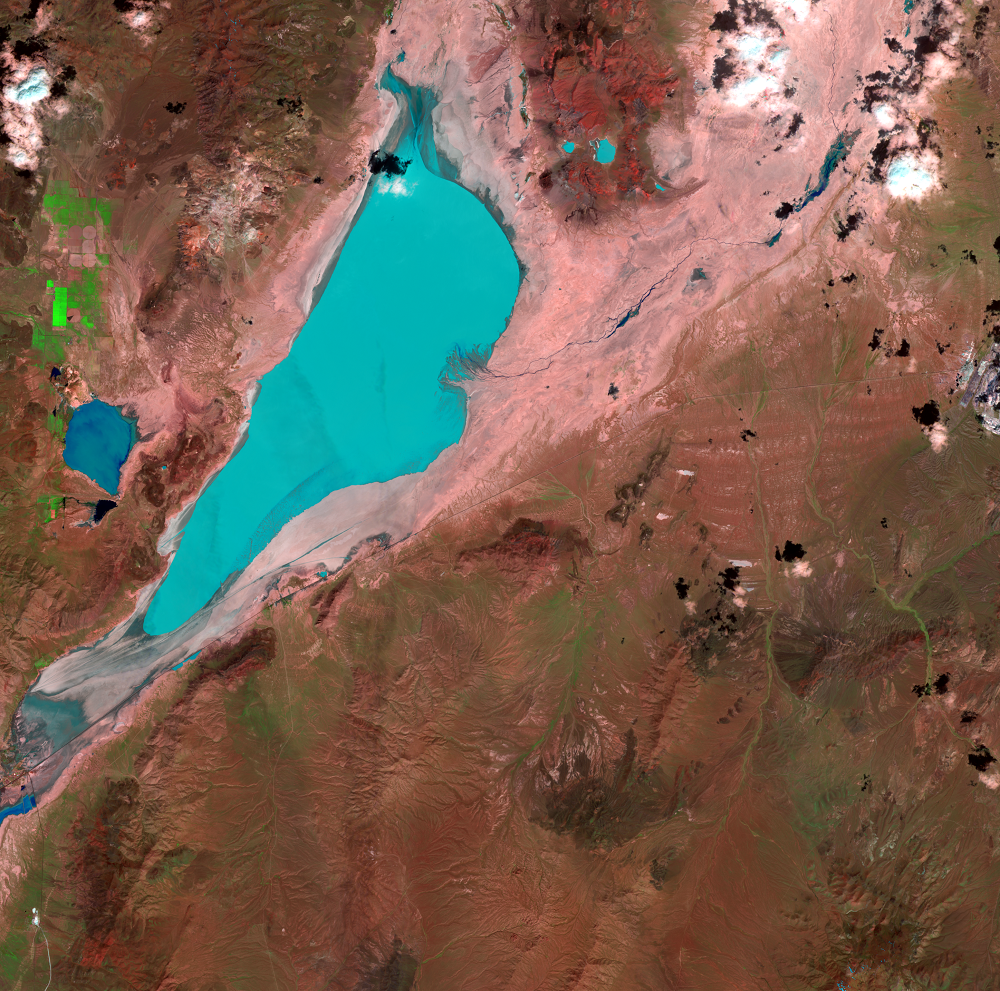 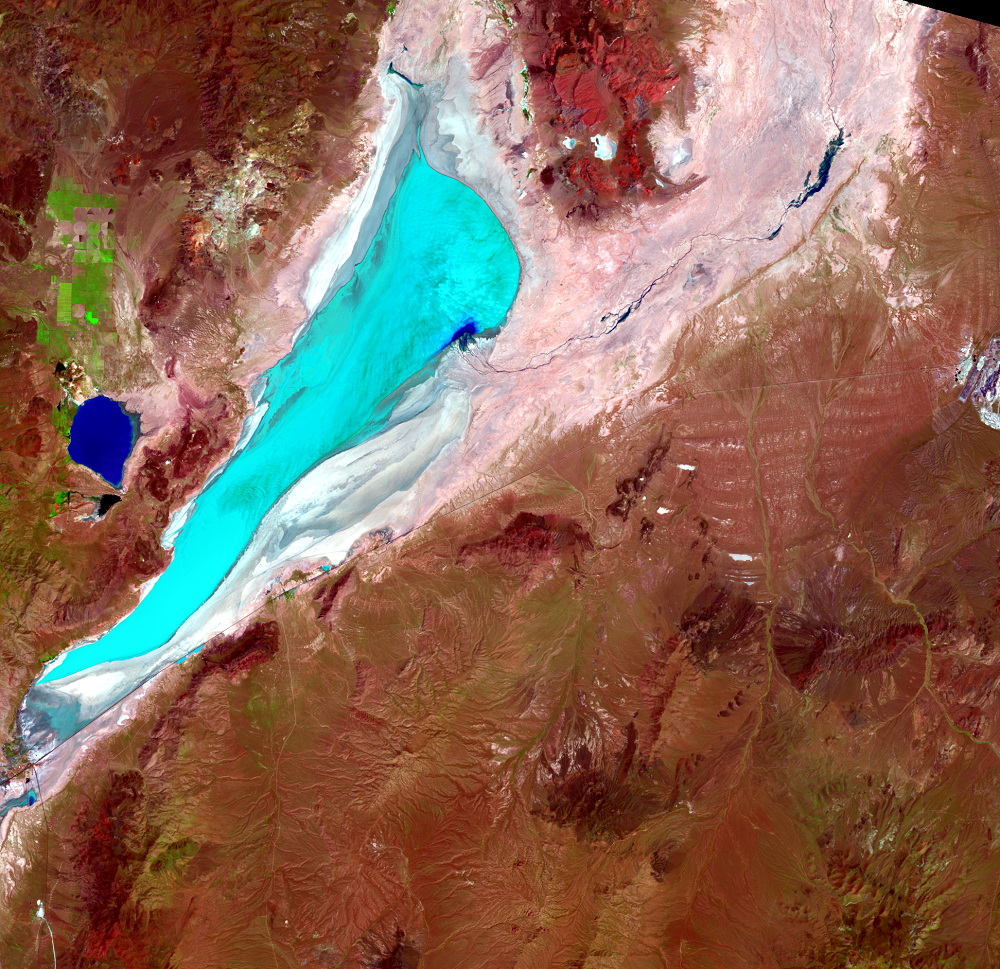 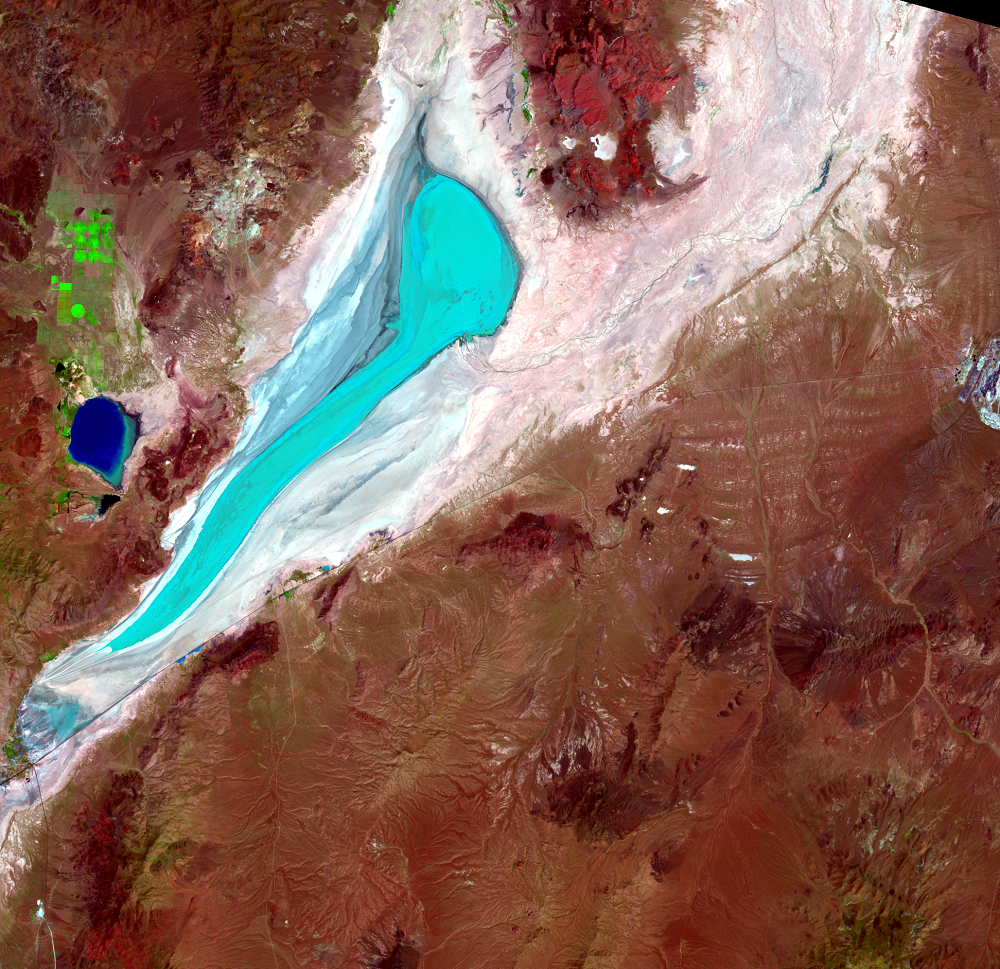 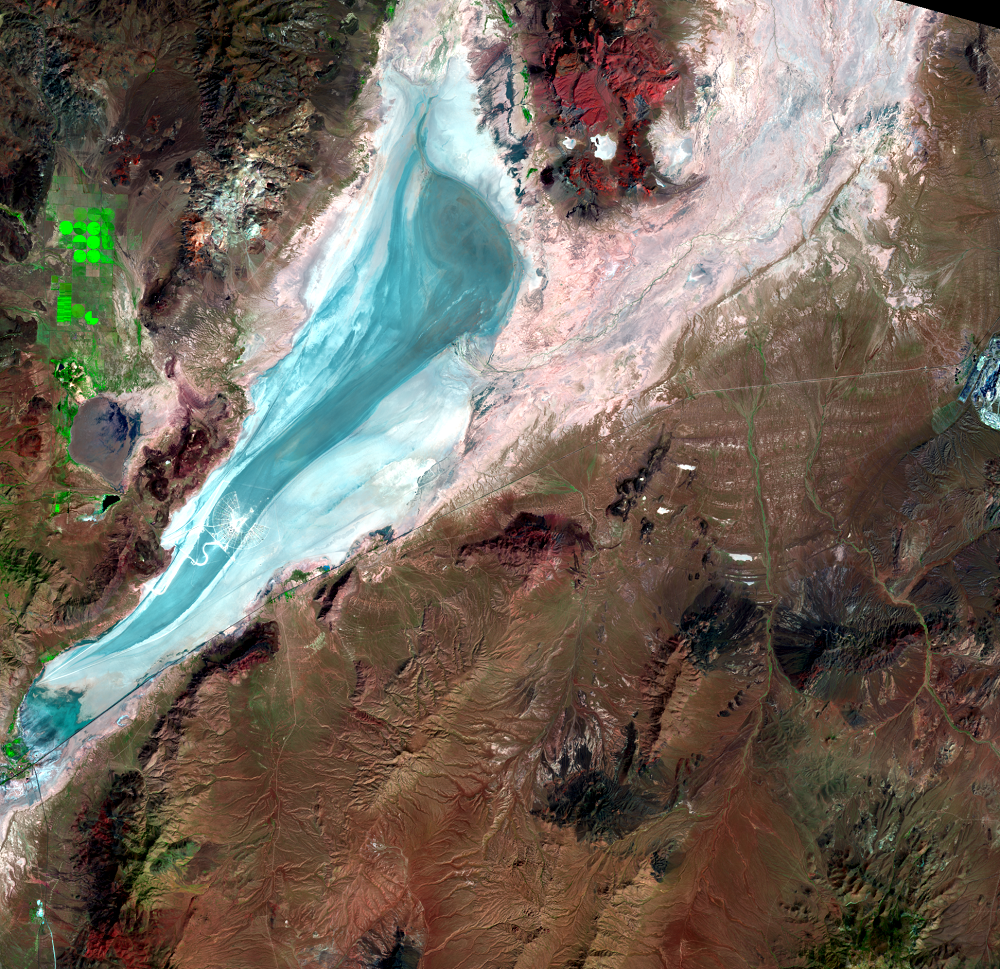 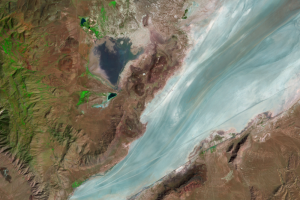 A unique event takes place every year on the playa. Burning Man is a w...