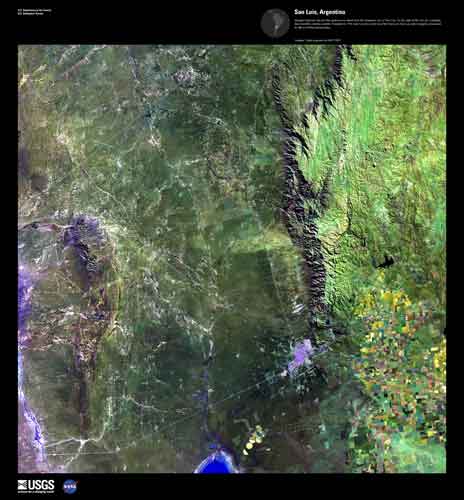 Straight highways fan out like spokes on a wheel from the Argentine city of San Luis. To the right of the city are croplands that resemble colorful confetti. Founded in 1594, San Luis lies at the tip of the Sierra de San Luis and is largely surrounded by flat-to-rolling fertile plains. 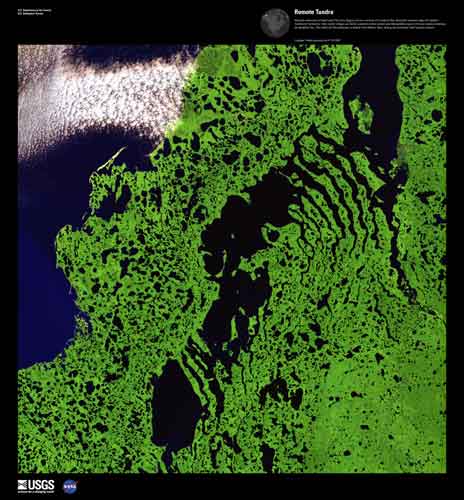 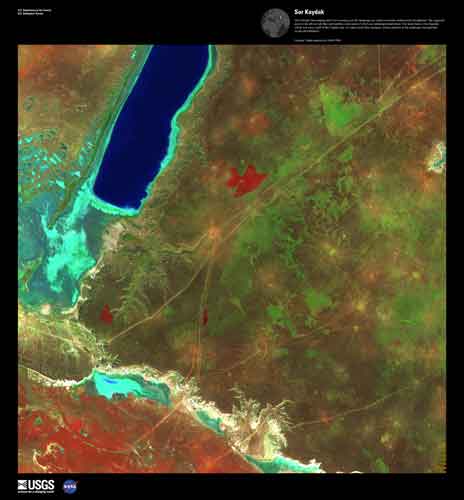