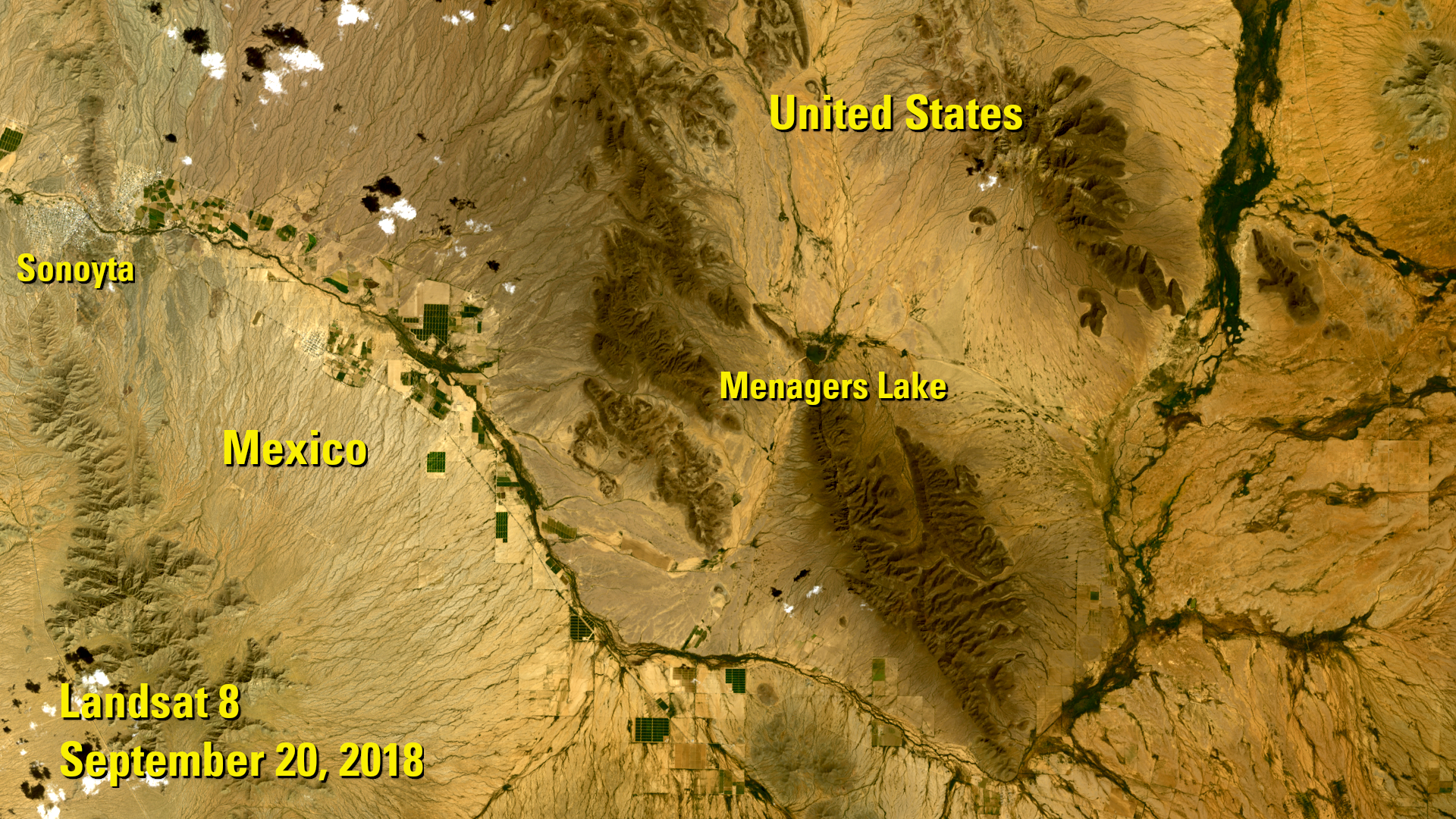 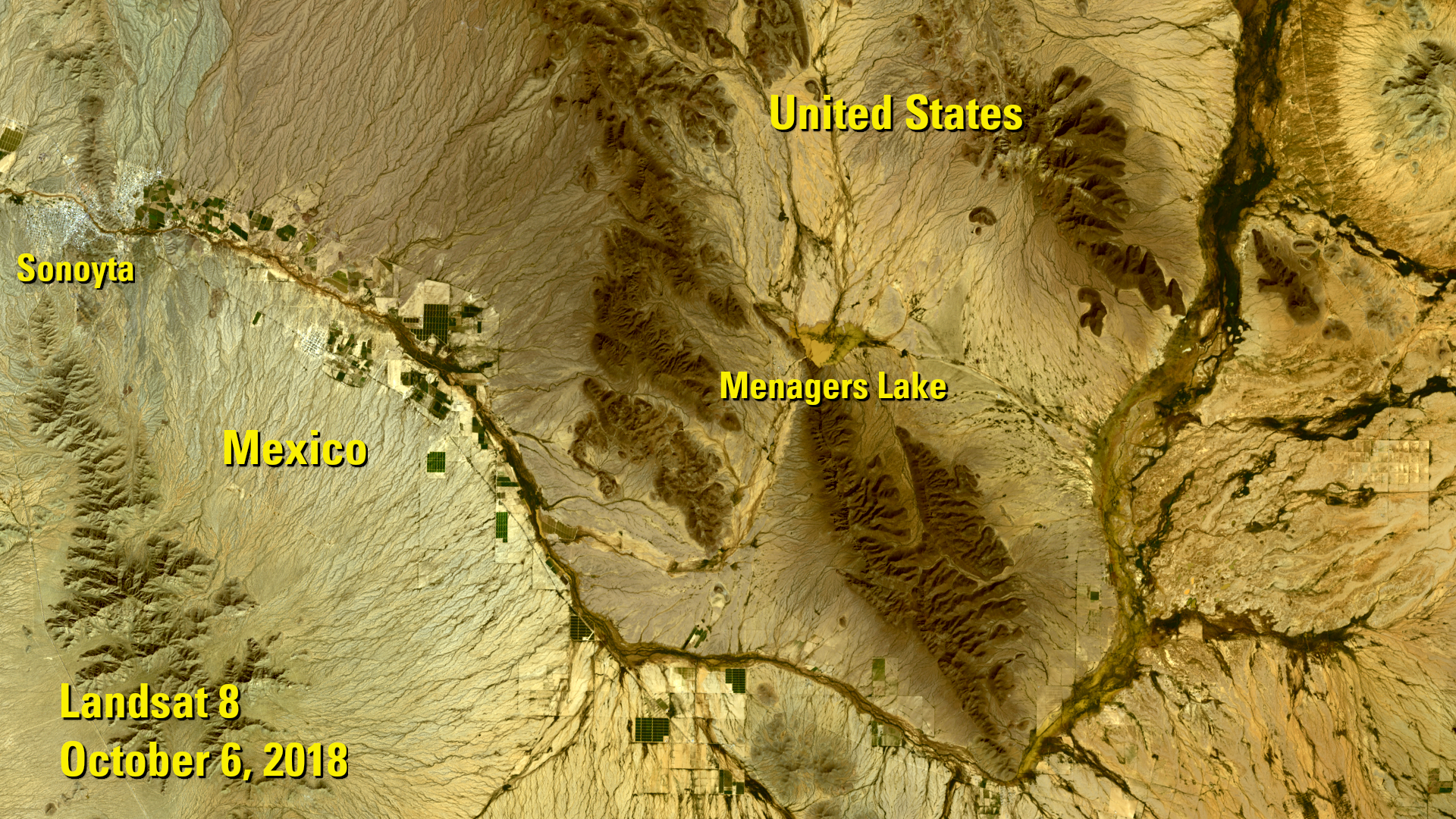 Hurricane Rosa weakened to a Tropical Storm before making landfall in Mexico in late September, but its remnants carried uncharacteristically heavy precipitation to the desert landscapes along the Gulf of California.

The Menagers Lake Dam, located in the Tohono O'odham Nation Reservation in Arizona, experienced particularly heavy stress. Dozens of people were evacuated from the nearby community as heavy flooding raised concerns about the integrity of the dam, which sits just north of the Mexican border.

The waters of Menagers Lake appear blue-green in a Landsat 8 image from September 20, with patches of dark vegetation on the northeast edge of the lake. By October 6, the lake was brown, with mud fanning out along the edges.

Landsat images archived at the Earth Resources Observation and Science (EROS) Center can be used to track the impact of storms and other natural disasters. 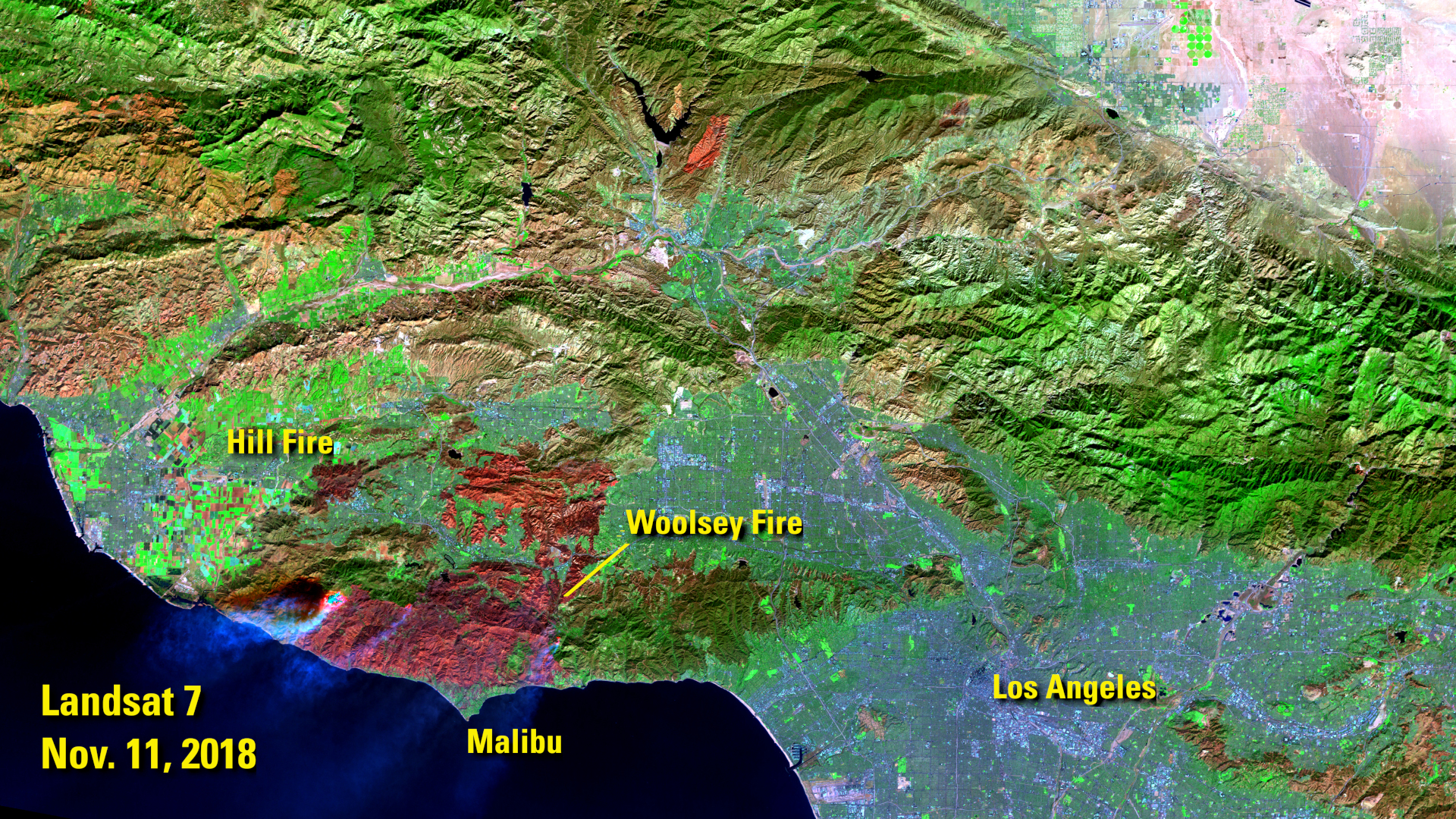 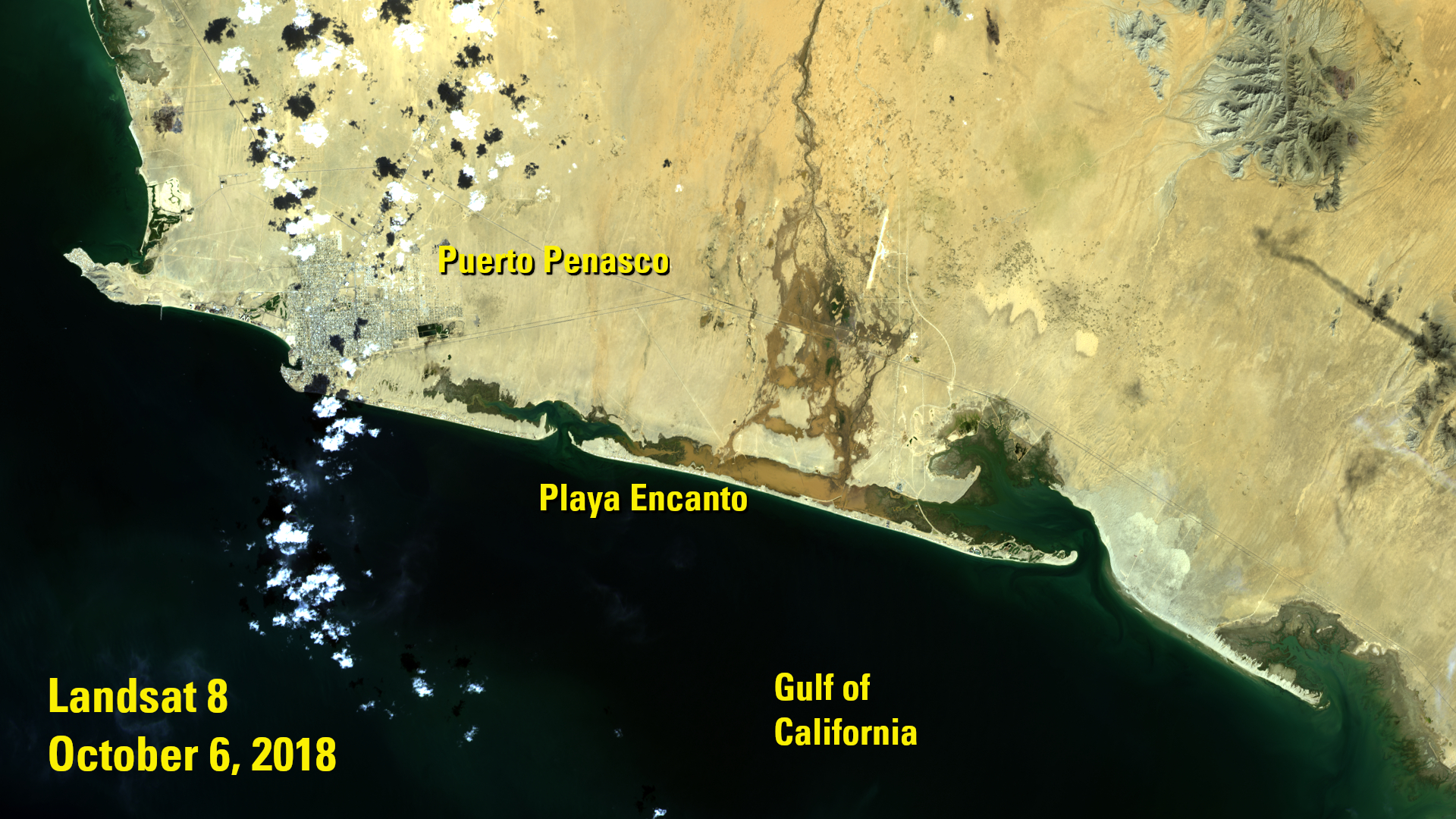