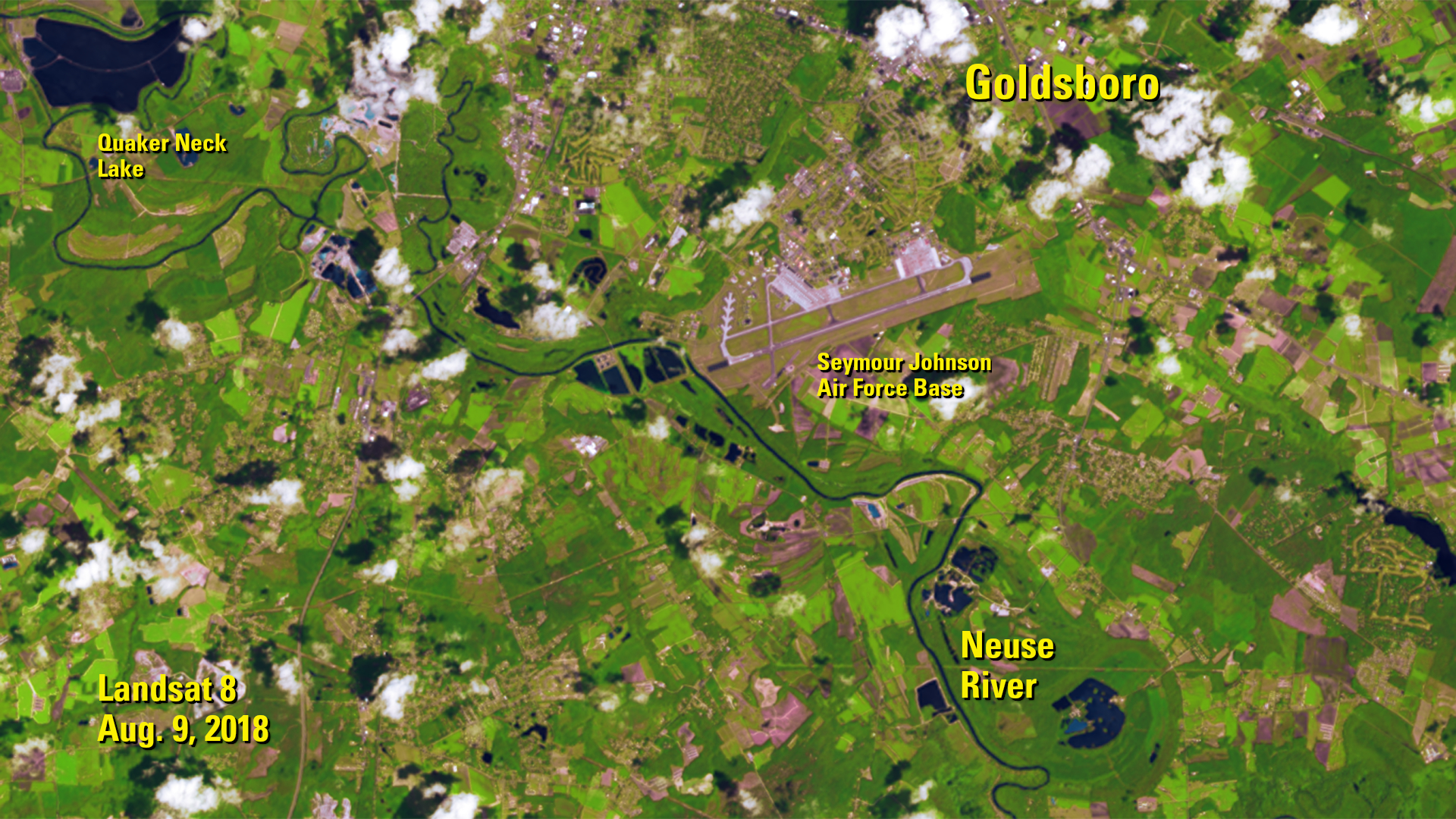 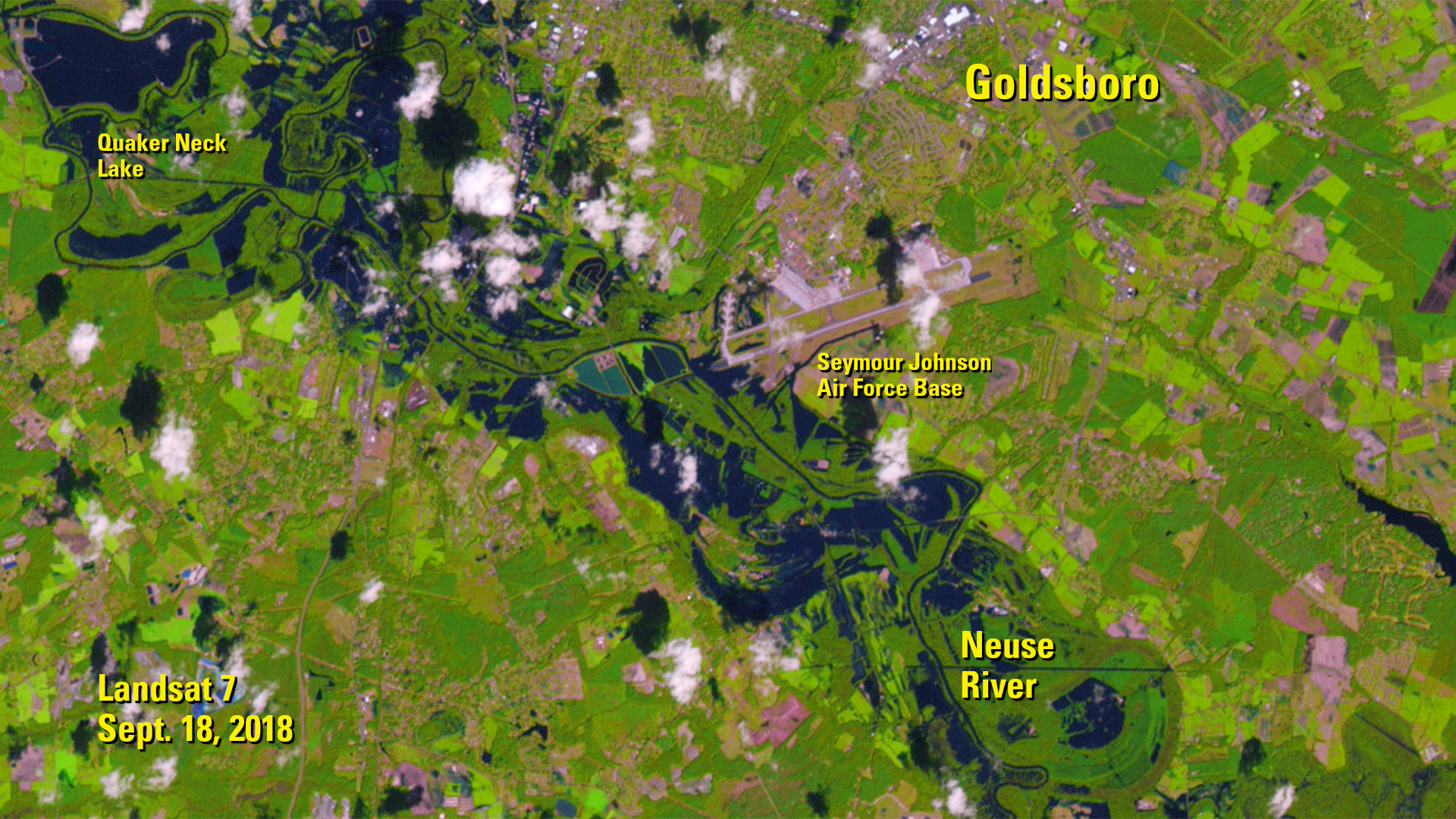 When Hurricane Florence arrived in mid-September, it brought powerful winds and storm surge floodwaters to the East Coast.

The impact of the storm’s heavy rain continues to be felt far inland in states such as North and South Carolina, however.

These Landsat images show the storm’s impact on the city of Goldsboro, North Carolina, about a hundred miles from the coastline where Florence made landfall.

Landsat 8 captured the first image on Aug. 9. The boundaries of the Neuse River to the south are clearly defined, surrounded by vegetation in shades of green.

By Sept. 18, the river’s thin black line becomes a miles-wide blotch of floodwater. The Landsat 7 image shows the water pooling onto the Seymour Johnson Air Force Base and covering swaths of city land.

The Neuse River crested at 27.6 feet near Goldsboro on Sept. 17, but the river could stay above the flood stage of 18 feet until next week.

Landsat will continue to collect imagery as the Carolinas recover from Hurricane Florence. 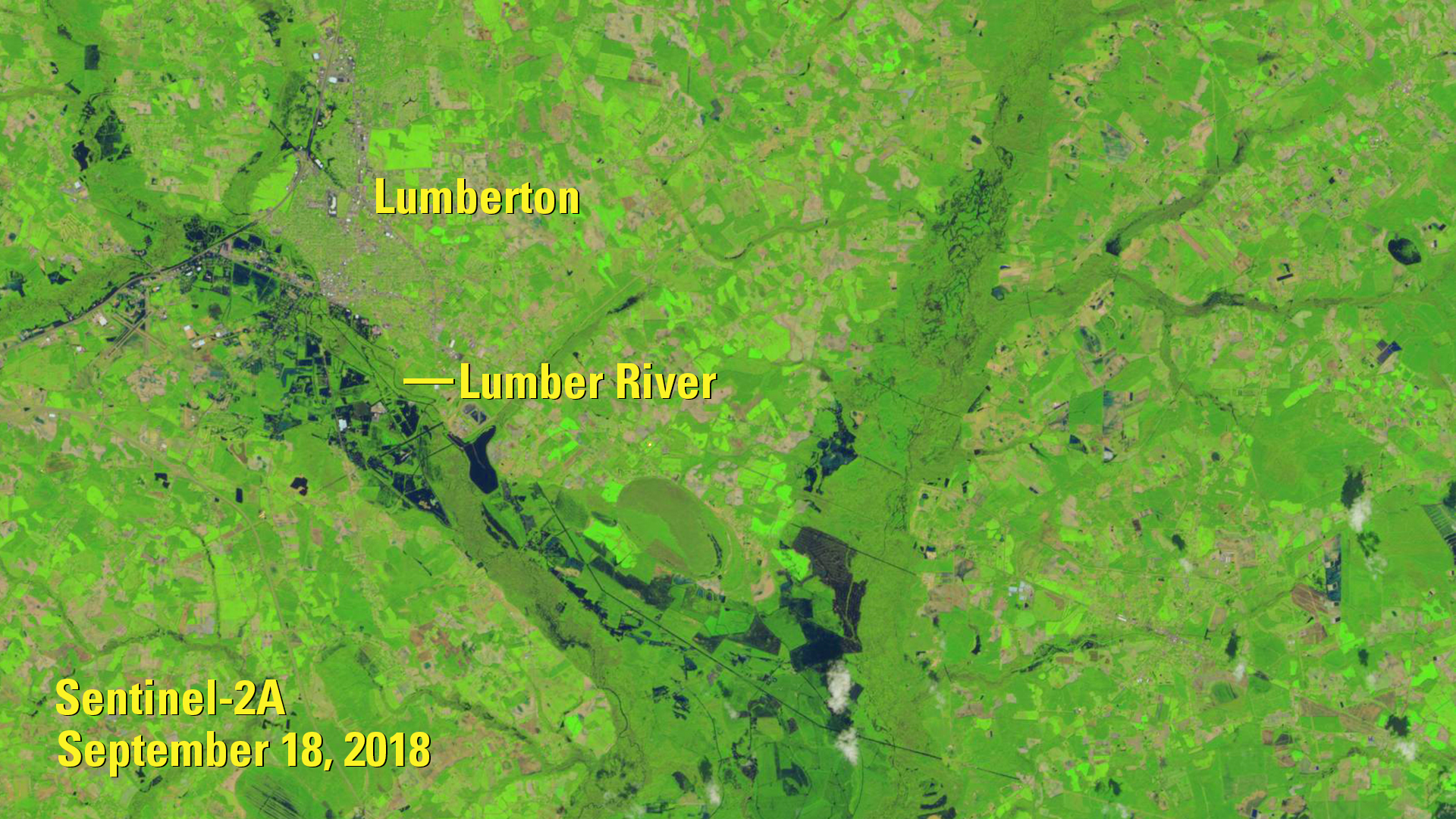 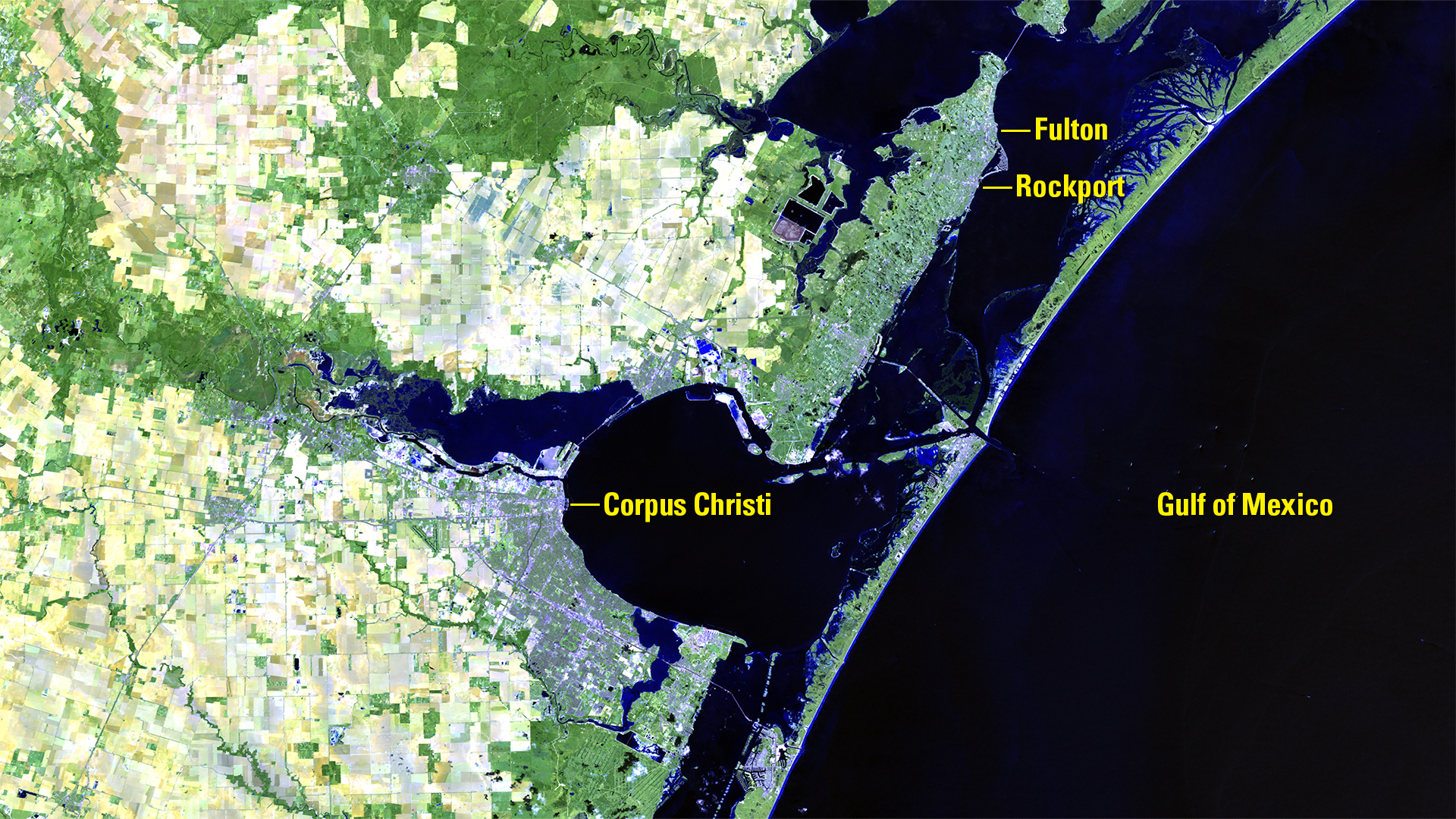