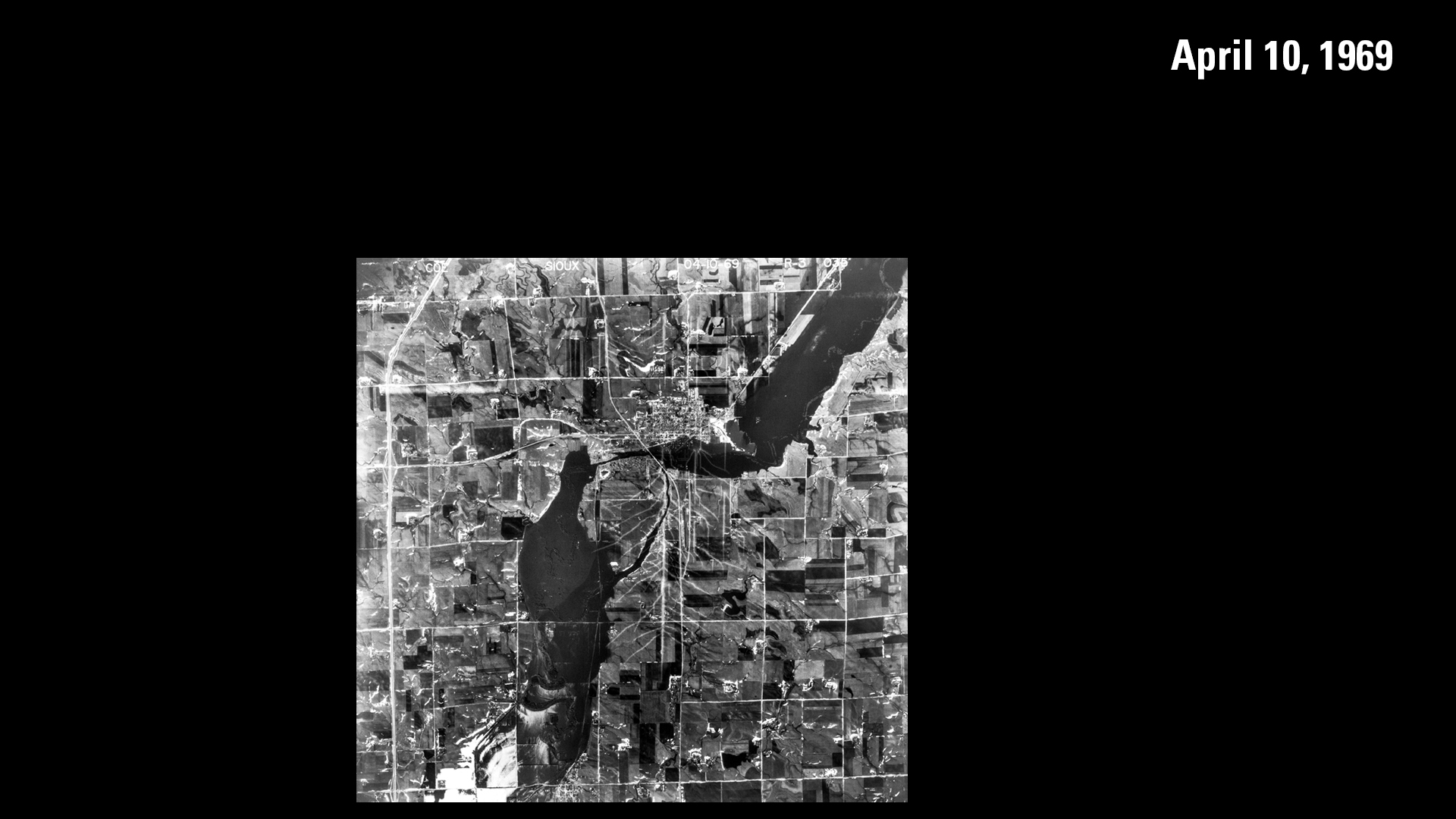 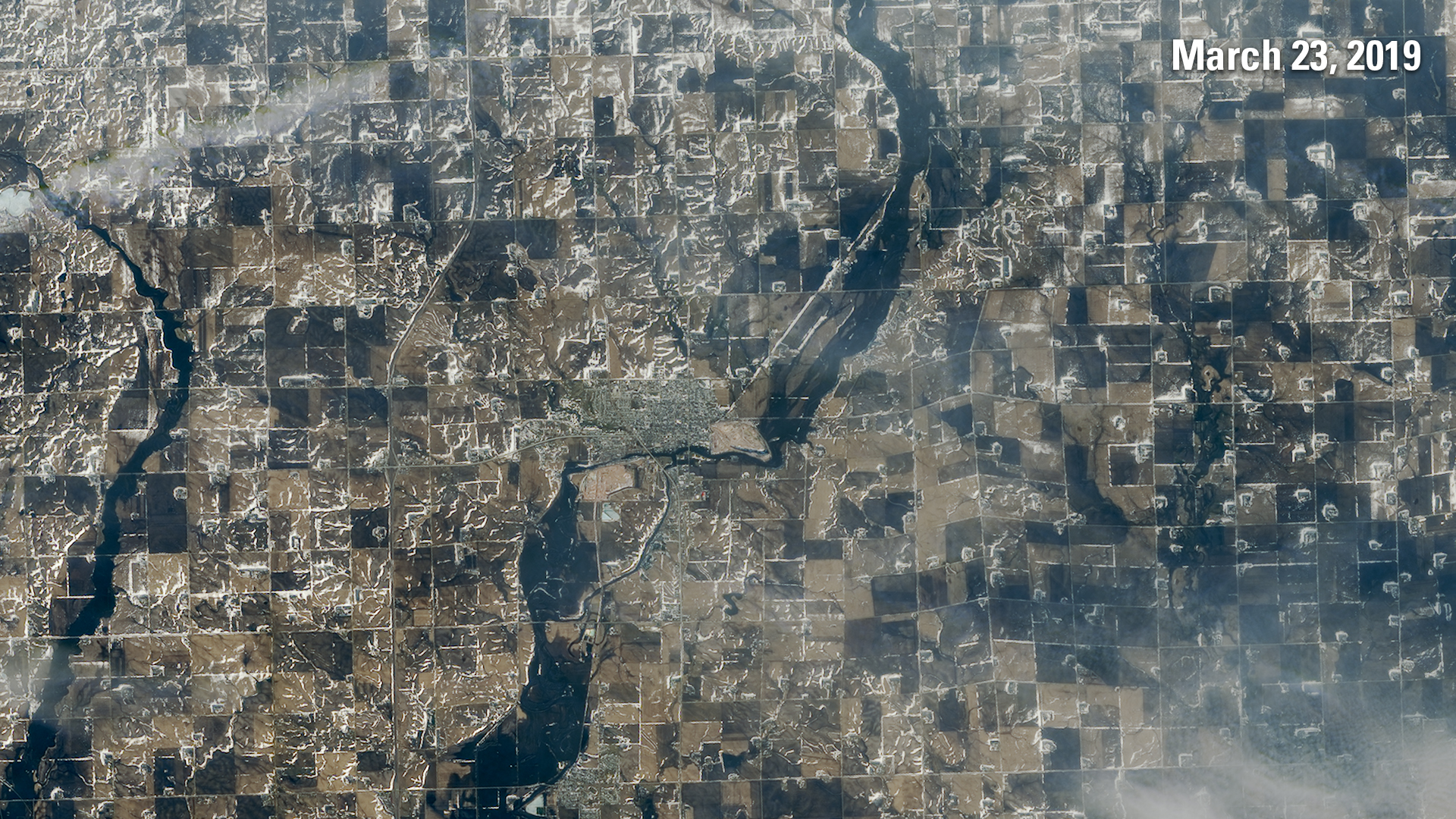 The high-water marks set by the Big Sioux River in cities across southeastern South Dakota have threatened to overtake records set 50 years ago, when the Army Corps of Engineers led missions to document the damage through hundreds of aerial photographs.

This shot from April 10, 1969 shows black flood waters stretching north and south of just one of those cities: Dell Rapids, South Dakota. The Big Sioux had topped 16.47 feet the day before – a foot and a half higher than major flood stage.

The river reached nearly 16 feet in March of 2019. This natural color Landsat 8 image was captured a day before the crest, and shows floodwaters fanning out in patterns remarkably similar to those observed 50 years before. 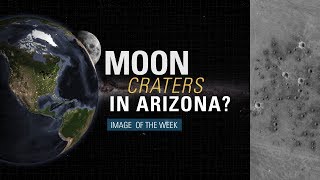 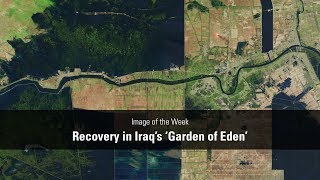