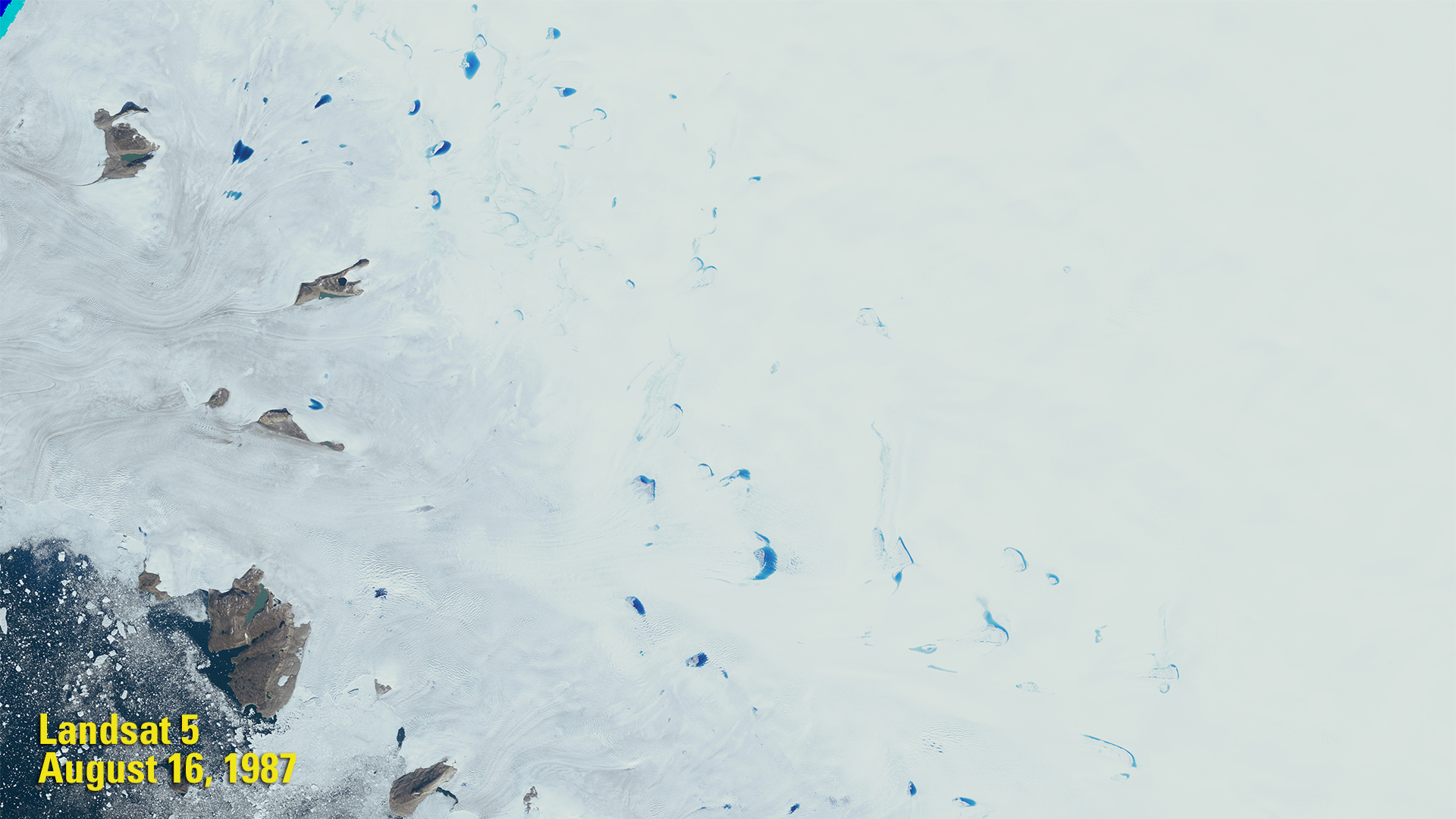 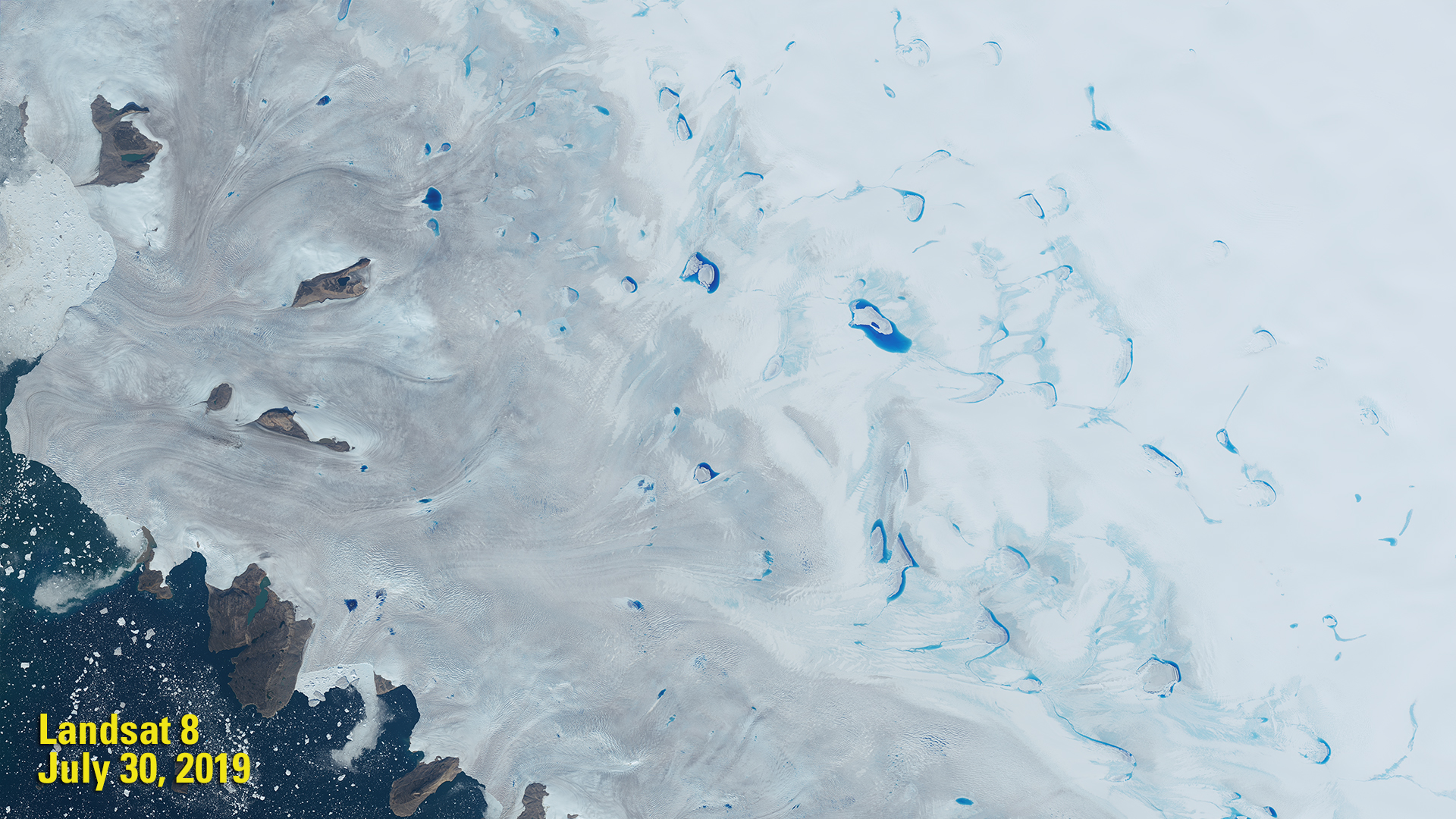 In a recent Image of the Week video, we watched as a glacier disappeared in Iceland. Rapid change is occurring across the Arctic. At the end of July, satellite imagery captured a major melting event in Greenland.

The northern reaches of the Greenland Ice Sheet typically stay below the freezing point year-round. In summer, some melting near the coast is not unusual, but the extent of melting this summer was rare. According to the National Snow and Ice Data Center, the daily surface melt extent on the ice sheet on July 30 was almost 1 million square km. Some of that appears as blue ponds in the 2019 image from Landsat 8.

A Landsat 5 image from 1987 shows much less melt water in the same location.

This year’s melting was the result of a short-term temperature anomaly over Greenland. In the Arctic, temperatures are rising twice as fast as the global average, making these northern ice sheets even more vulnerable. 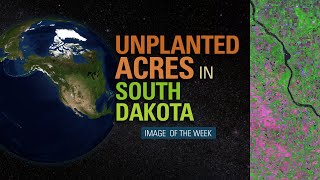 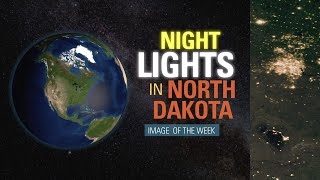