After the eruption, many areas near the volcano were stripped of vegetation. The series of images reveals the regrowth of vegetation, but it progressed at different rates. The eastern side recovered the fastest, where the area was mainly affected by falling ash. Wind and rain removed the ash, and most areas on this eastern side recovered to almost pre-eruption levels in about 7 years.

The mountain’s western side experienced the worst of the pyroclastic flows, causing regrowth to be slower and more variable. In fact, some areas are still bare.

A remarkable feature of the series of images, even in the most recent images, is that mudflows can still be seen trailing away from the mountain’s summit more than 30 years after the eruption. Runoff from monsoon rains and typhoons continued to erode and redistribute the pyroclastic deposits years after the 1991 eruption.

Another change visible at this scale is the summit itself. The eruption caused the summit to collapse into a caldera about 2.5 kilometers wide. Water has collected in the crater to form a small lake.

Landsat’s infrared bands set up a clear contrast between vegetation and lahar deposits. The images make it clear that the lahar hazards continued, and many occurred in inaccessible areas. Vegetation shows up as bright green, while the sediment and bare ground from lahars is pink. It also shows the progression of the revegetated areas on the mountain’s slopes. 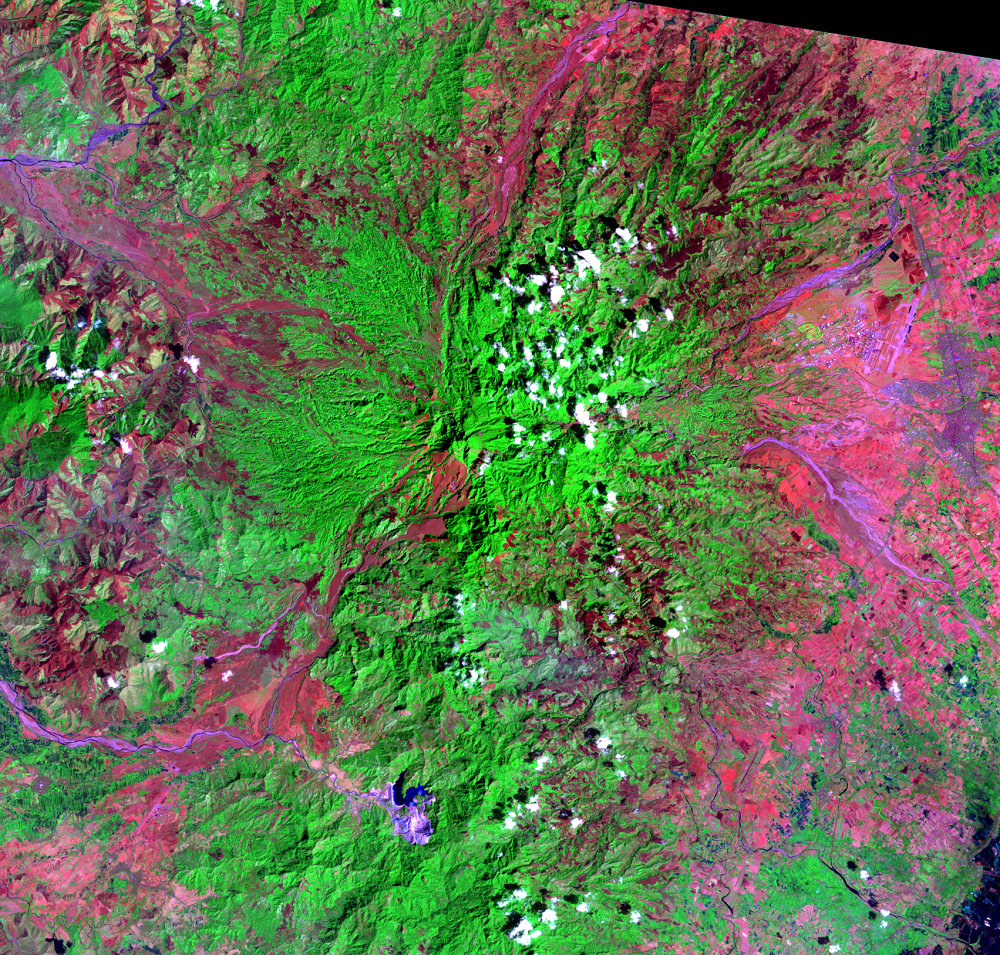 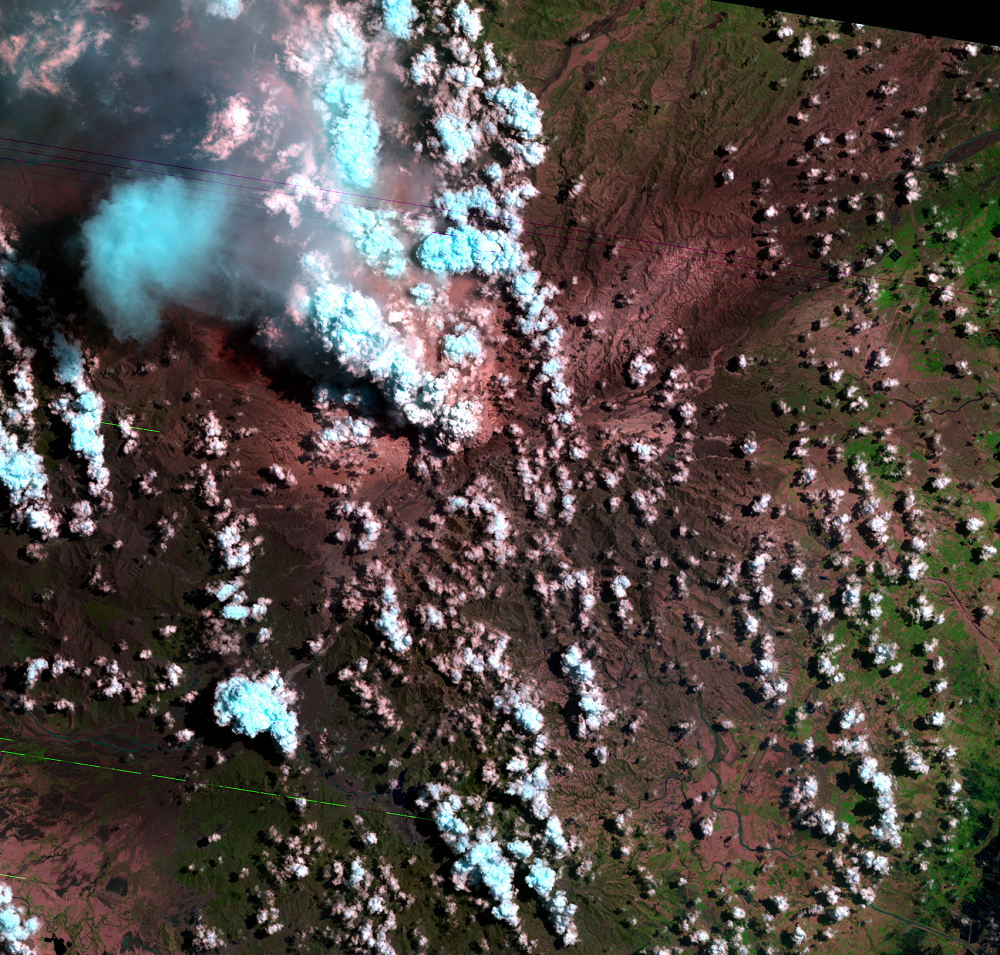 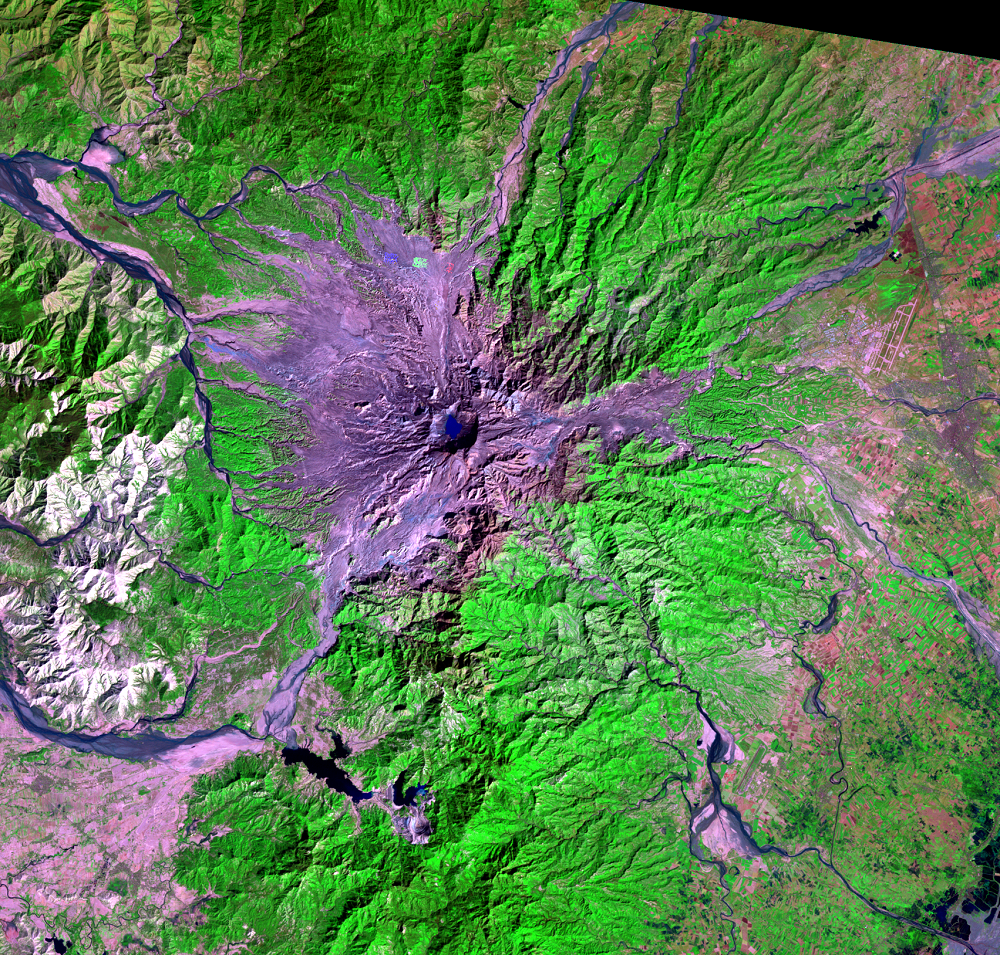 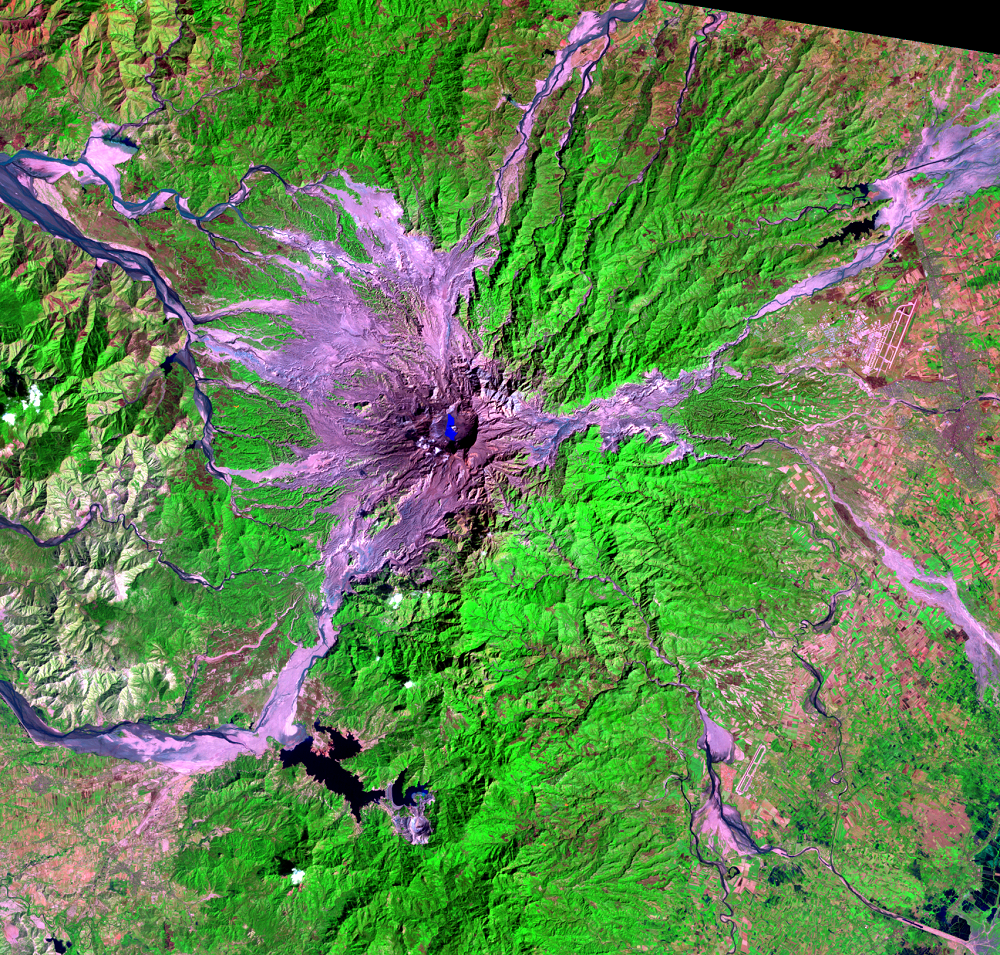 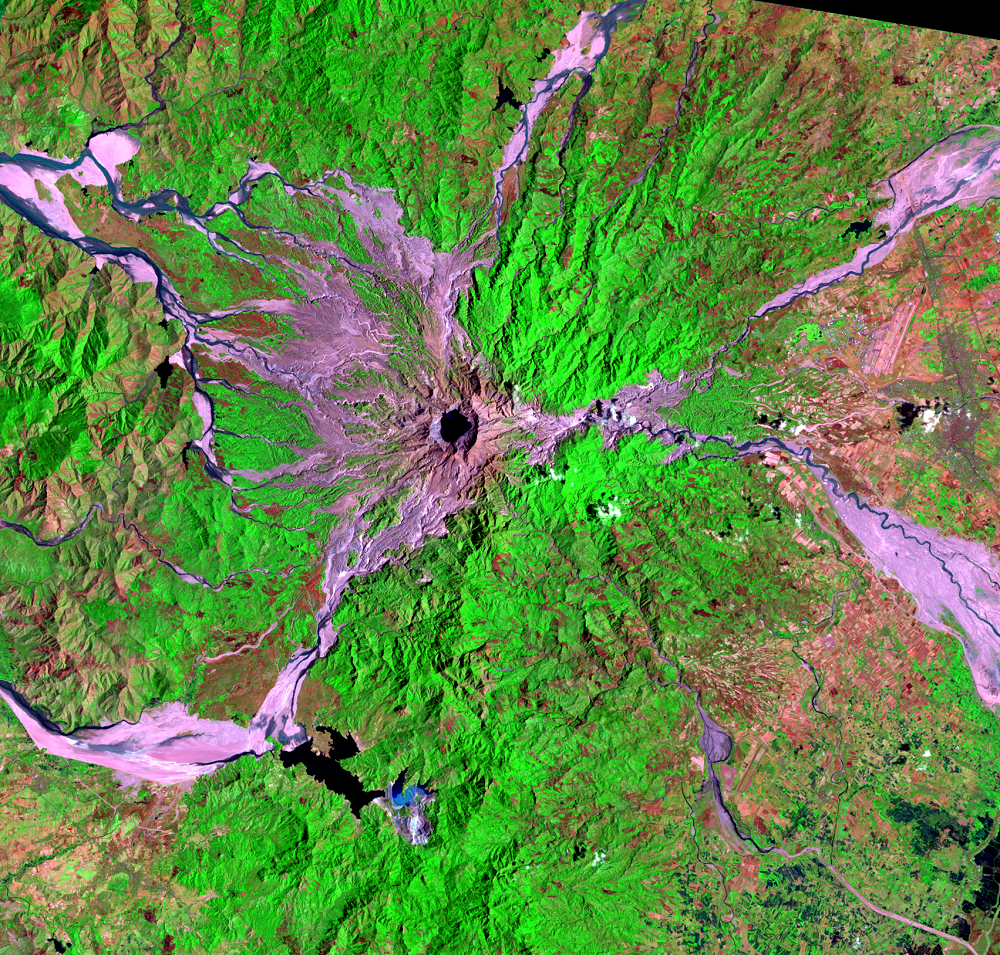 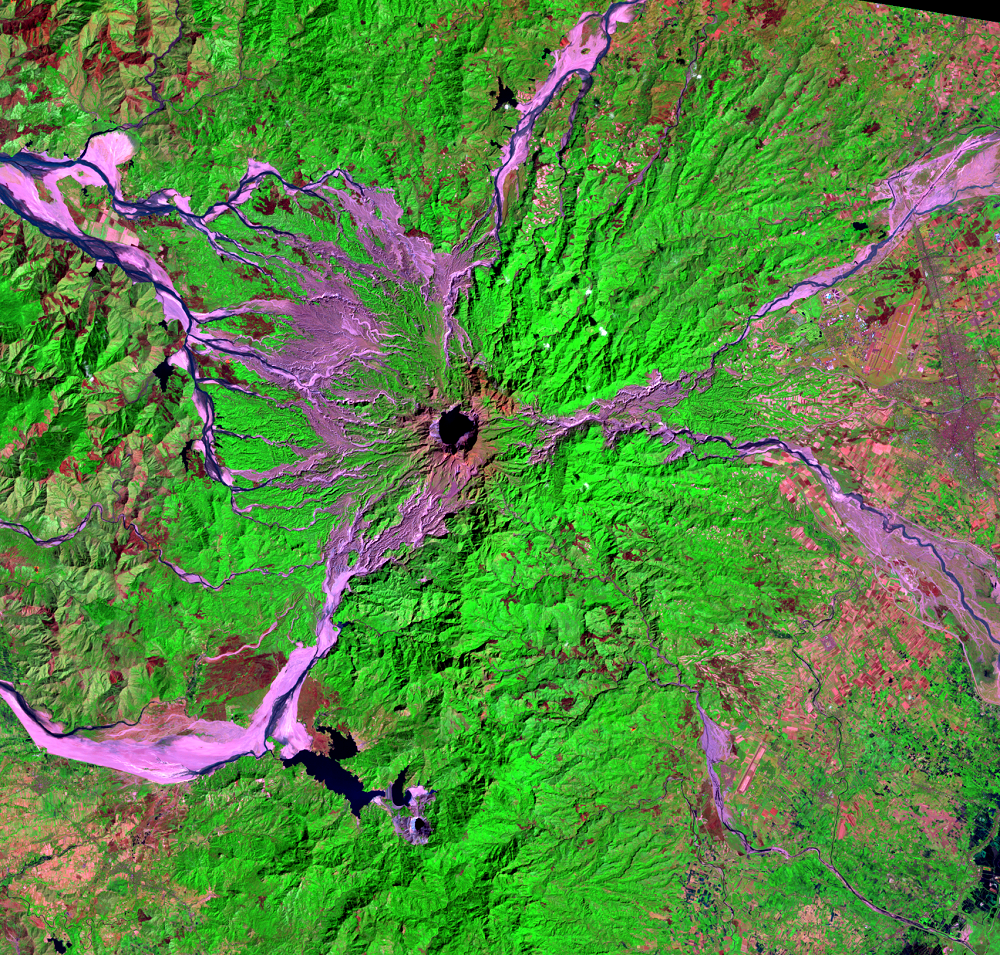 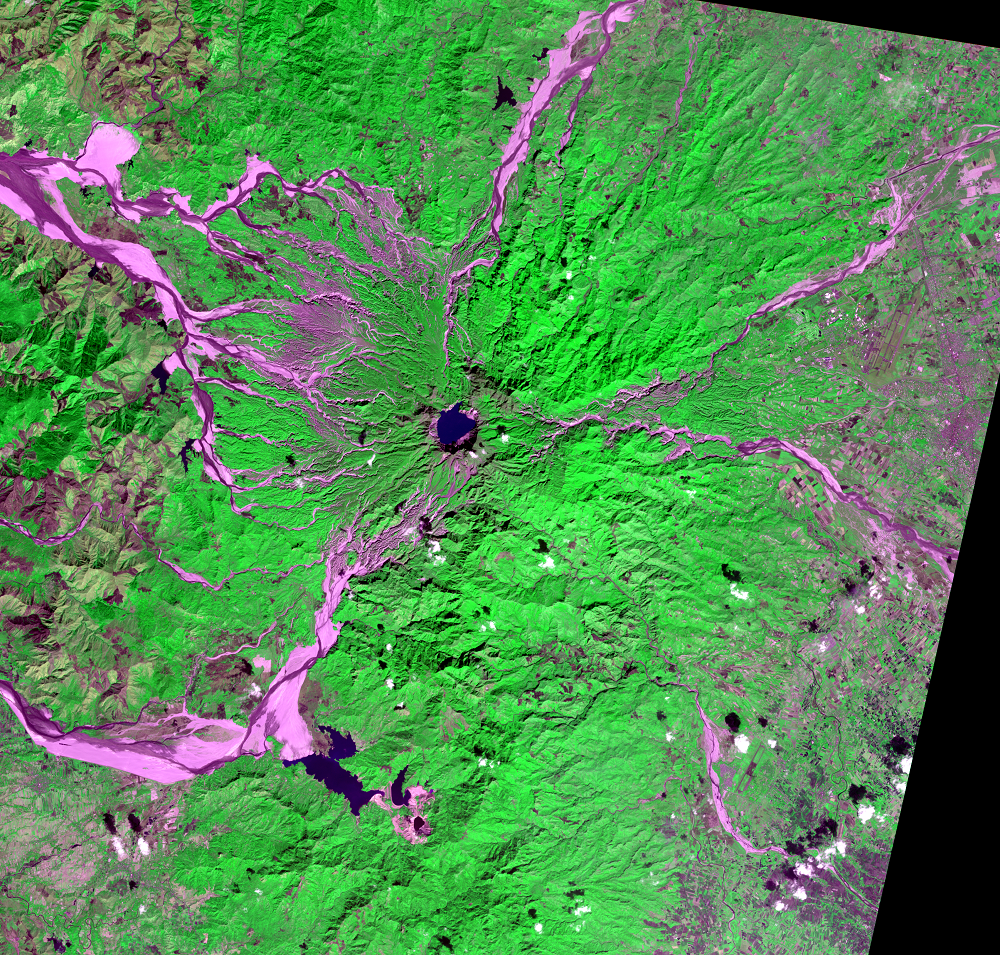 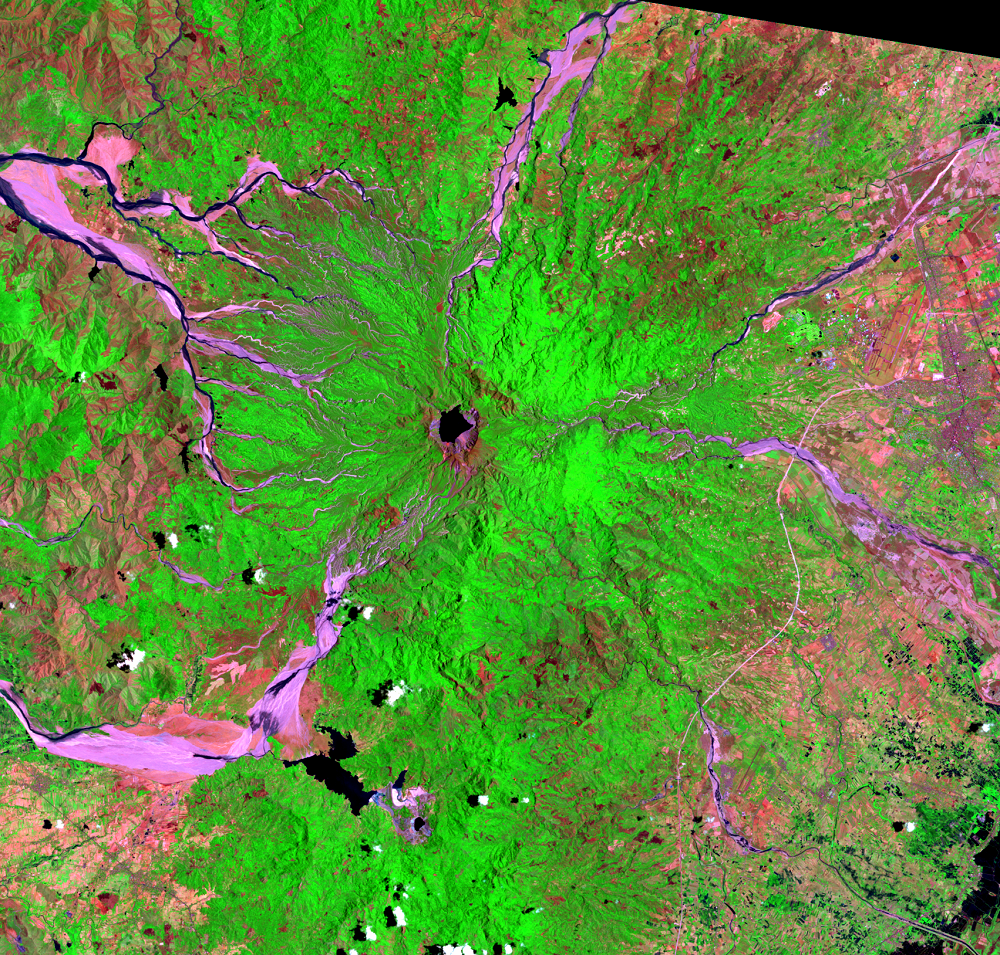 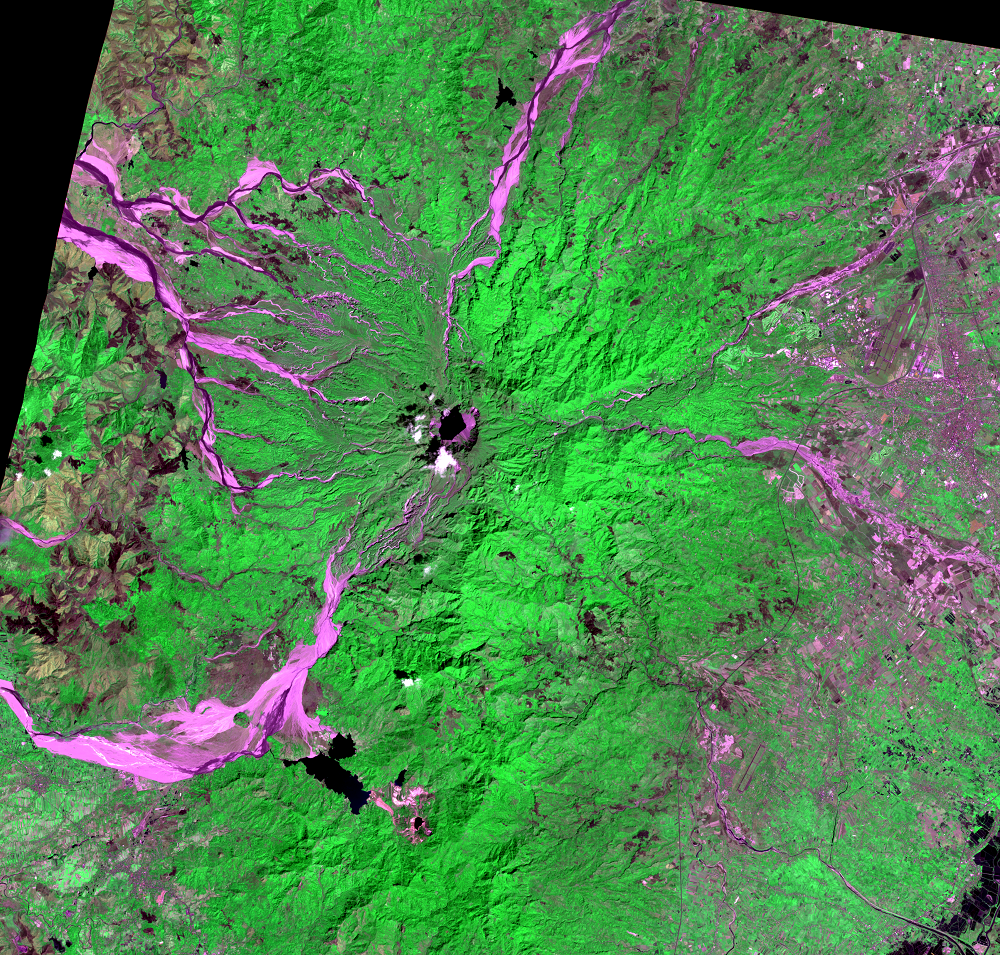 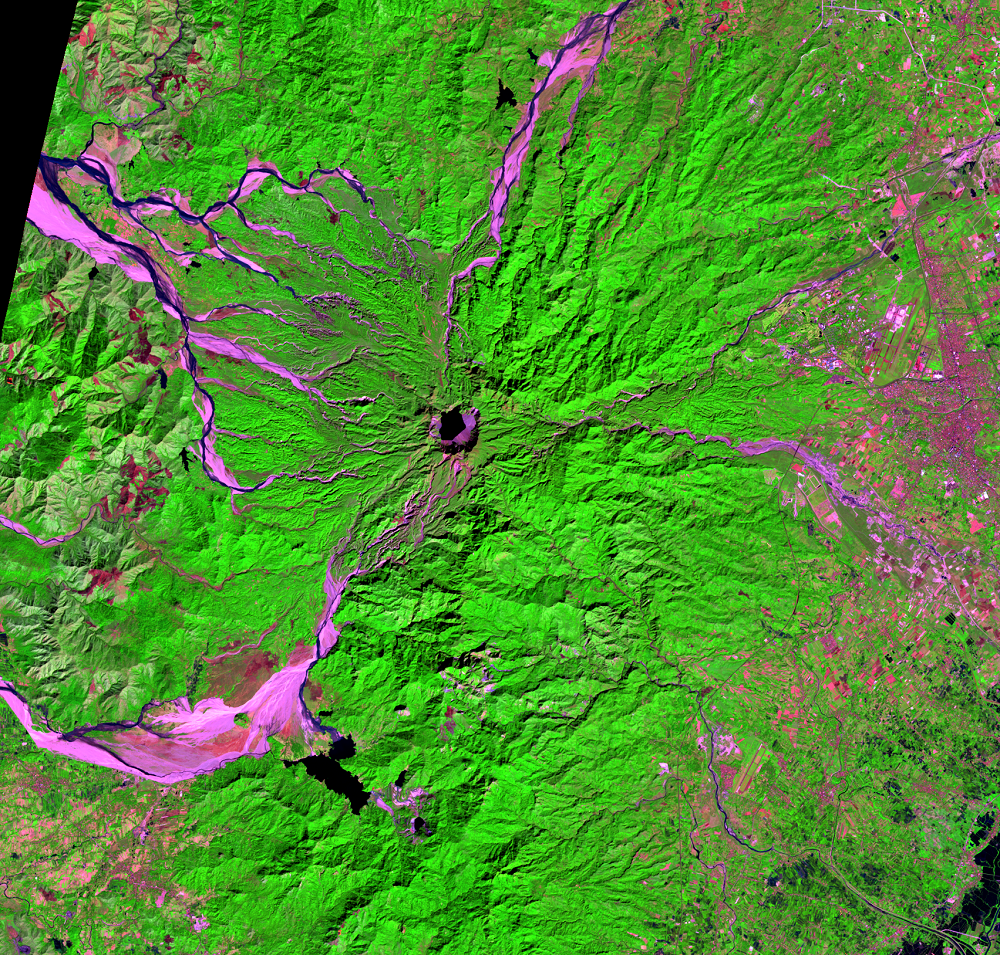 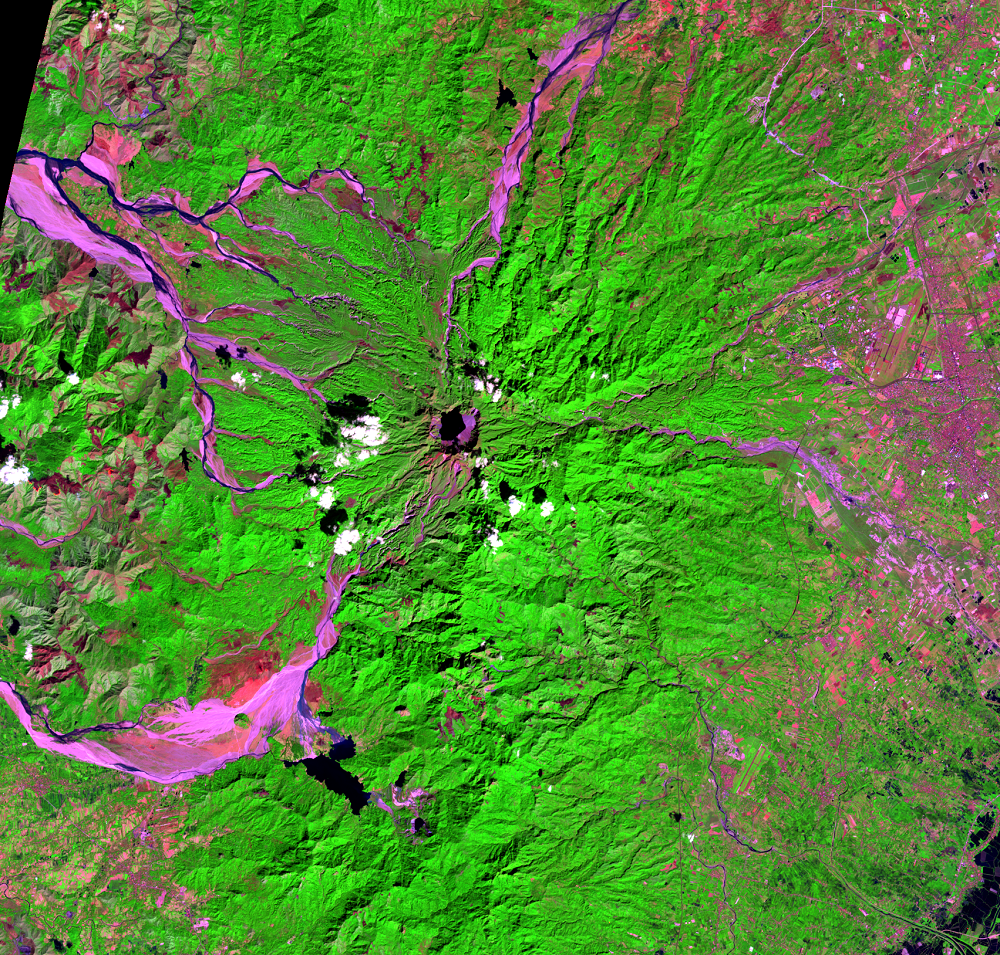 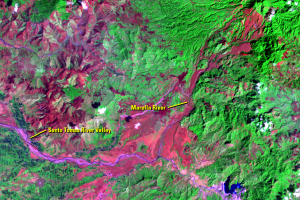 The lahars produced by Pinatubo’s eruption blocked the flow of the Map... 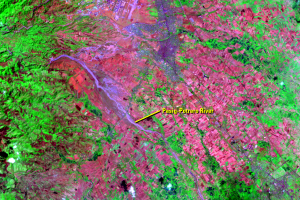 The Pasig-Potrero River drains the east side of Mount Pinatubo, just s...