From 1975 to 2020, Santiago’s population increased from under 3.5 million to just over 7 million. In the late 1970s, housing shortages were increasing, particularly for the poor. In the early 1990s, Santiago’s elites moved to the northeastern suburbs to escape the city center’s increasing congestion, retail, and rural immigrants. The affluent Barrio Alto district is in this quarter, flanked by the Andes and the San Cristobal Hills.

A squatter settlement existed in the Barrio Alto, housing many domestic servants and workers for wealthy households nearby, until the mid-1970s when the government evicted them. A park in place of the squatter settlement was discussed, but instead one of Chile’s largest shopping malls, the Parque Arauco, was built. The former squatters were resettled in public housing in the southeastern part of the metropolitan area.

This followed the pattern of the military government: slum clearance in the city’s center and northeast, with a shift to public housing on the urban fringe, which has been called “the bedroom community of the working poor.” The bulk of metropolitan growth since the World War II has in fact been along the southern edge, where the Central Valley widens and land is relatively cheap. In the mid-1970s, the government bought large tracts of agricultural land and committed its housing resources in this area. The government’s “making neighborhoods healthy” (saneamiento) program has brought services such as water, sewer, and electricity to much of this housing.

A Bit of Trivia
Because Santiago is close to the west coast of South America, it might be hard to tell whether it’s east or west of Los Angeles. But it’s not even close. Santiago is almost straight south of Boston. In fact, because of the angles, the orbit path for this scene (path 233) is one path east of Newfoundland (path 1). 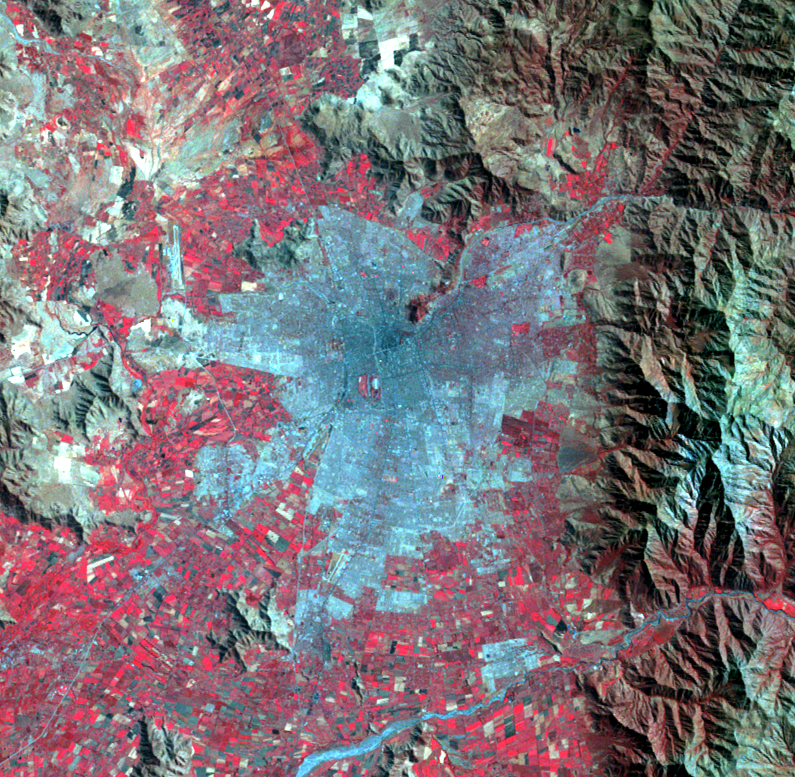 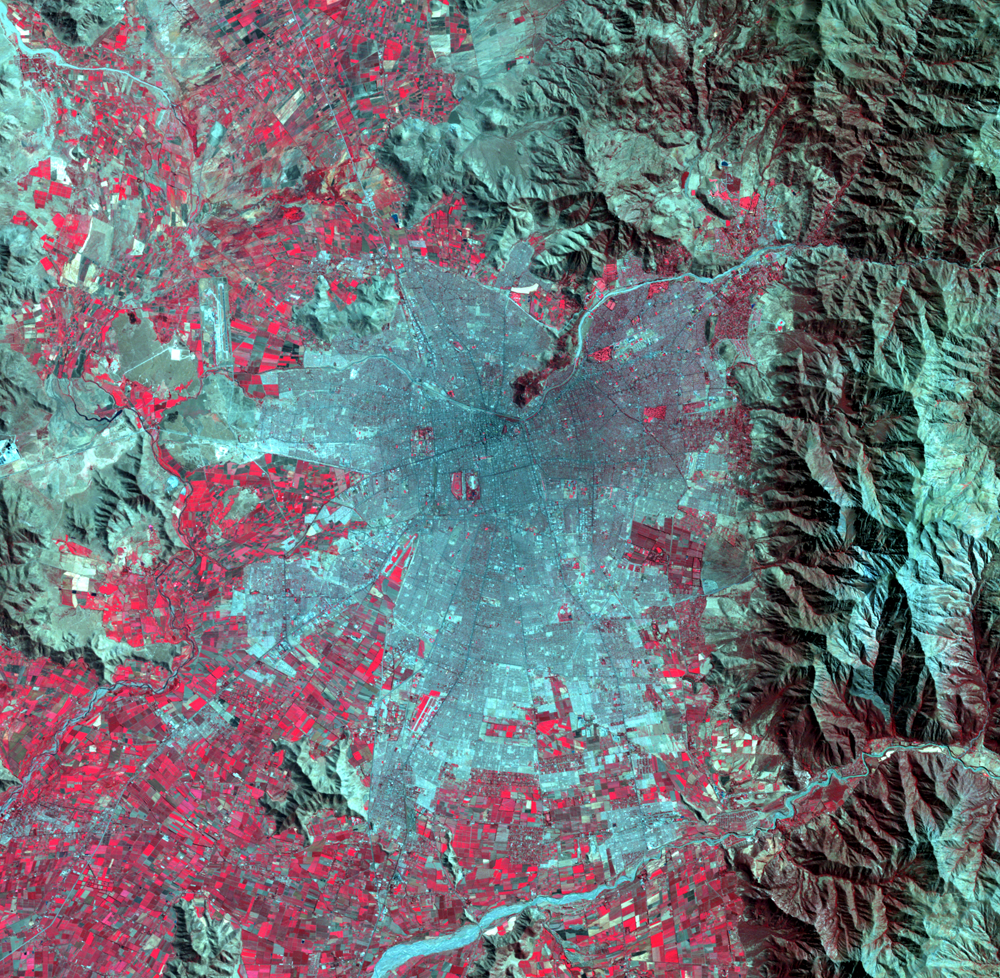 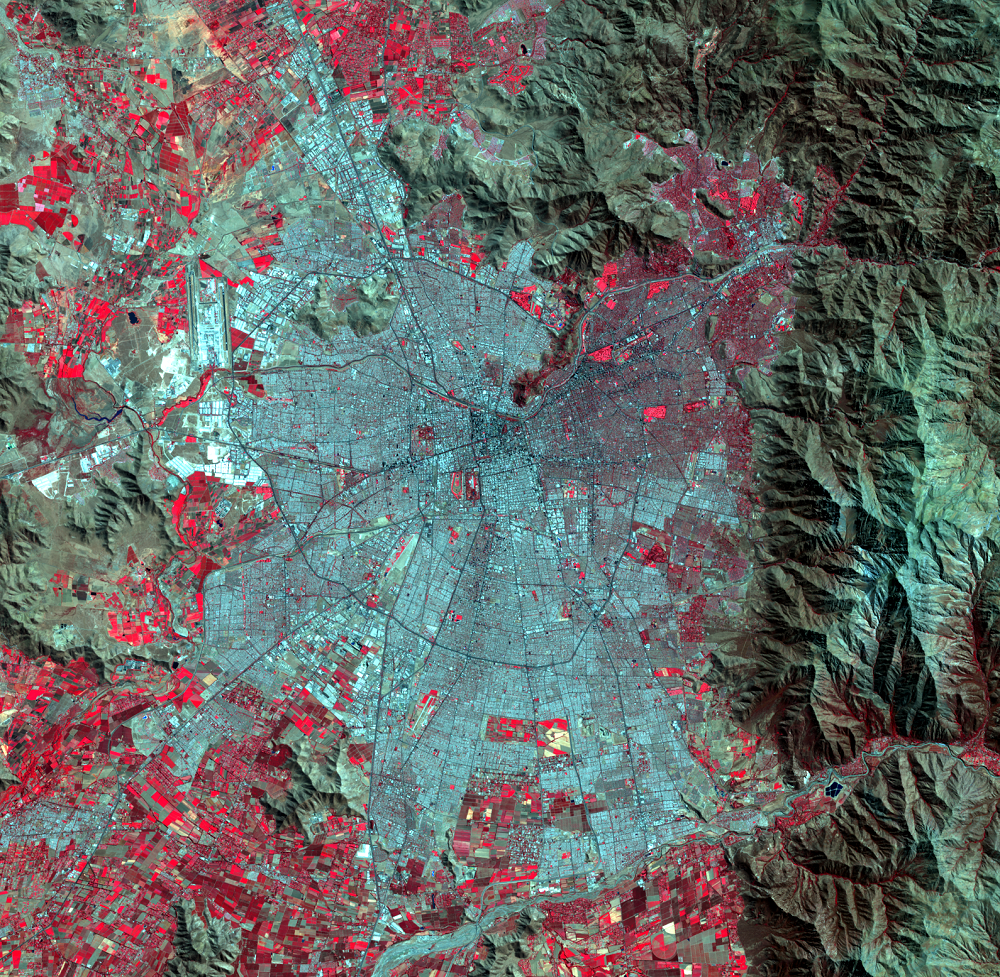