The Klamath Reclamation Project was initiated in 1906 to provide irrigation water and irrigable land in the Klamath Basin, Oregon.  As part of these efforts the “A” Canal was built through the City of Klamath Falls and was completed in 1907.  Since that date, the City of Klamath Falls has grown considerably with a concurrent increase in the amount of impervious surface.  These impervious surfaces have led to increased run-off, which has been directed into the “A” Canal.  This has created a conflict as this canal was never designed to accept run-off in addition to moving irrigation water.  As a result, Bureau of Reclamation (BOR) is concerned about capacity and safety issues with the increased water in the canal.

BOR’s Klamath River Area office wished to quantify the impervious surface in order to incorporate this information into their run-off calculations.  This information would be useful when BOR discusses this problem with the City of Klamath Falls.

Impervious surfaces were determined using 2009 color infrared aerial photos from the National Agricultural Imagery Program (NAIP) with a ground resolution of 1m.  Image processing and subsequent data refinement within a GIS were used to classify ground features. The entire analysis area covered 21,197 acres extending from the southern portion of Klamath Lake south to the Lost River Diversion Channel, and east of Lake Ewauna to include the unincorporated community of Altamont.  The analysis showed 5,790 acres (2,343 ha, 27.3%) are impervious, 15,148 acres (6130 ha, 71.5%) are pervious, and 259 acres (105 ha, 0.5%) of water.  An accuracy assessment shows a 94.5% thematic accuracy. The final product is a digital data layer provided in a geodatabase format complete with metadata in addition to the 4-band image used for the analysis. 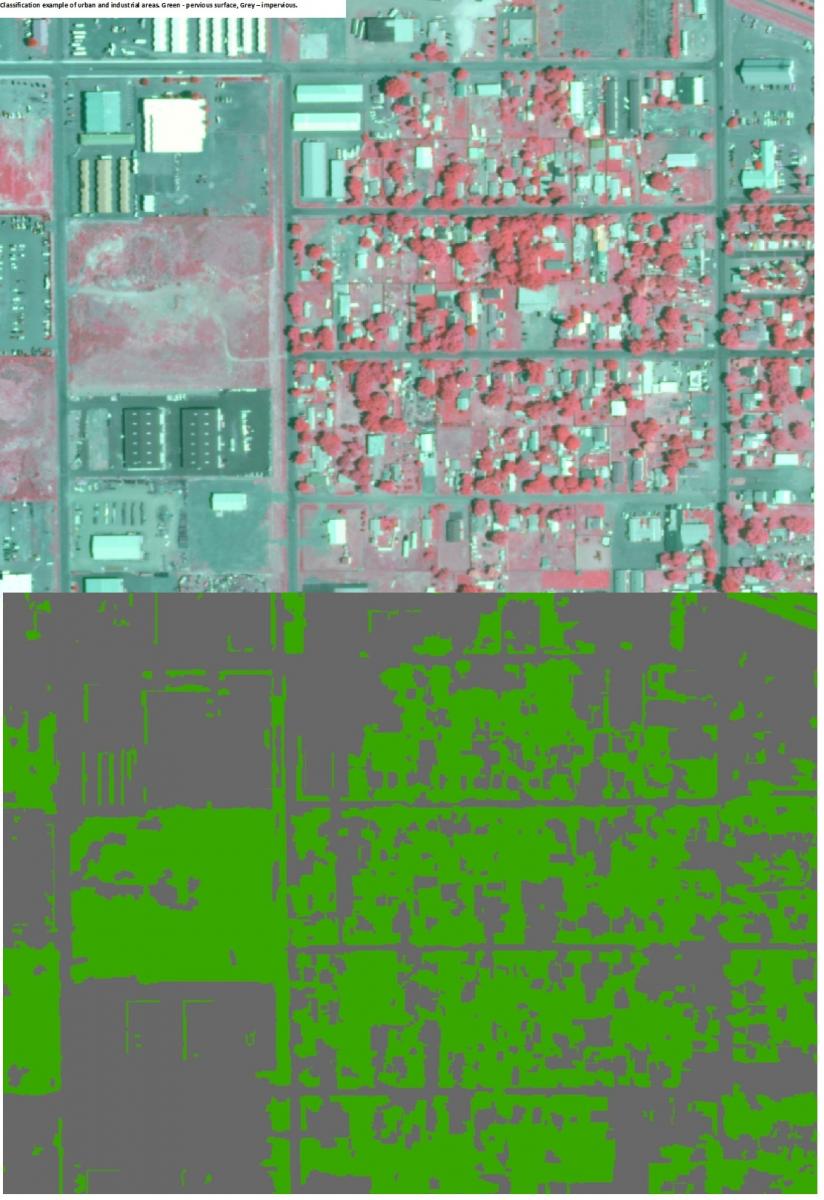