The U.S. Fish and Wildlife Service (USFWS) uses avian radar along with multiple other methods to monitor bird and bat migration along the shorelines of the Great Lakes (http://www.fws.gov/radar/radarunits/index.html). Mobile avian radar units have been stationed around the Great Lakes since 2011. These radar units track birds and bats as they fly through the air. By combining data from the avian radar units, acoustic and ultrasonic monitors, and visual bird surveys, the USFWS can gain a broader picture of what is occurring on the landscape. Data from this project along with the USFWS Voluntary Land Based Wind Energy Guidelines will help inform decisions to balance the needs of development and the need to protect wildlife.

By using avian radar to study migration, data can be gathered from a much larger range, with a more consistent effort, and without causing stress to the animals under study because they do not know they are being monitored. Additionally, the avian radar units can collect data continuously and can easily collect data during times (such as at night) when visual surveys are difficult.

For each spring and fall migration season since 2011, the two MERLIN avian radar units and a variety of acoustic monitors have been placed around the Great Lakes to answer a variety of in-depth questions about bird and bat migration. The radar units are each equipped with two antennas that allow data to be gathered simultaneously about the flight direction of migrants as well as their flight heights. With this information, the risk of collisions with man-made structures such as wind turbines can be assessed. 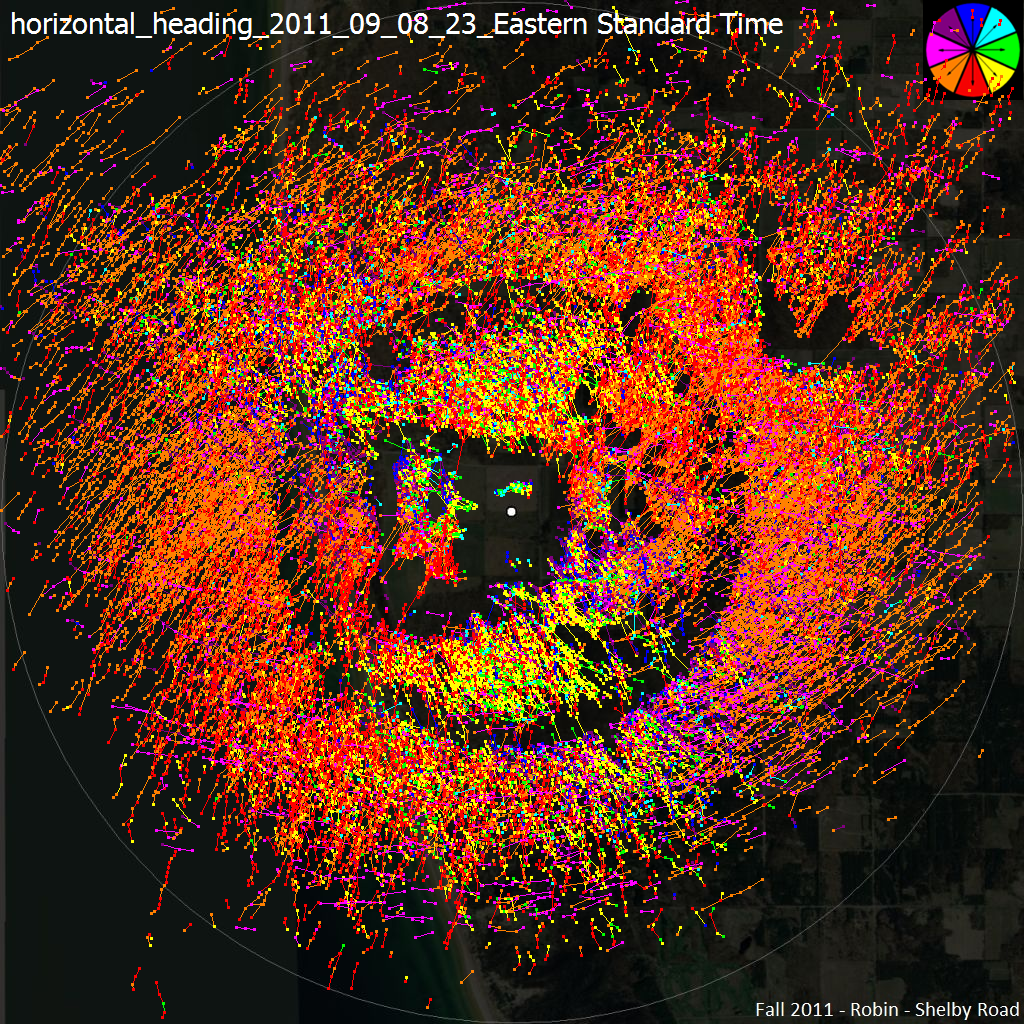 A summary of more than 18,000 targets tracked within one hour at a site on Lake Michigan during fall 2011. Tracks are colored according to their direction of movement, most moving south and colored red, orange, or yellow. The night sky is certainly not empty during migration!