The National Oceanic and Atmospheric Administration (NOAA) and USFWS conducted a pilot project to test two types of Unmanned Aircraft Systems (UAS) as platforms to monitor seabird colonies within the Washington Maritime National Wildlife Refuge Complex (WMNWRC).  Surveys of these remote, off-shore islands in Washington State are expensive and carry an inherent safety risk, but with refuges supporting over 90% of breeding seabirds on the outer coast of Washington, annual survey data are key to assessing population indices.  This project provided the opportunity to conduct comparative surveys with two types of UAS and assess wildlife disturbance and image quality.  The two UAS tested were Puma (http://www.avinc.com/uas/small_uas/puma/) and Md4-1000 Quadracopter (http://microdrones.com/products/md4-1000/md4-1000-key-information.php).  Because the Puma could be launched and recovered at sea and provided a much greater range and duration of flight, it proved to be significantly more appropriate for our survey needs.  Minimal disturbance was noted from either unit; however, image quality is not yet comparable to photos collected using traditional aerial survey techniques. 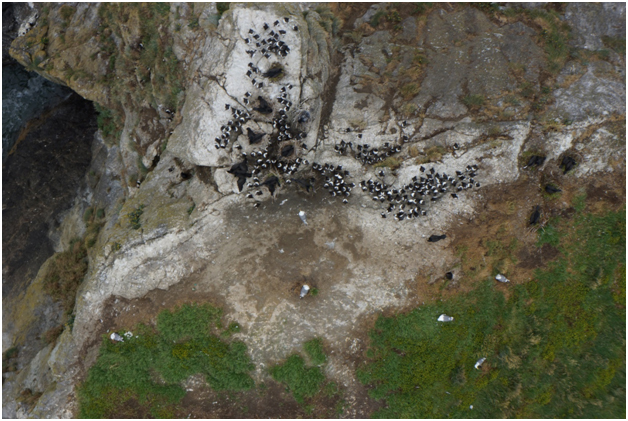