The BLM National Operations Center (NOC) has partnered with the BLM Arizona State Office and the Safford Field Office to document and measure the impacts of the HX Dam failure, which occurred in June 2014.  This is a multi-year effort, which has comprised the use of both Unmanned Aerial Systems (UAS) and spaceborne imaging systems. Original efforts focused on the use of UAS and WorldView imaging systems for the identification of structural impacts and environmental effects following the earthen dam’s failure. Sentinel-2, WorldView-1, and WorldView-3 imagery were employed to detect increased structural damage to the dam and sediment flow due to heavy rainfall in late 2016. These images were also used to monitor subsequent dam breach remediation efforts on the ground. This project has demonstrated the value and importance of leveraging multi-temporal imagery for resource monitoring and management. 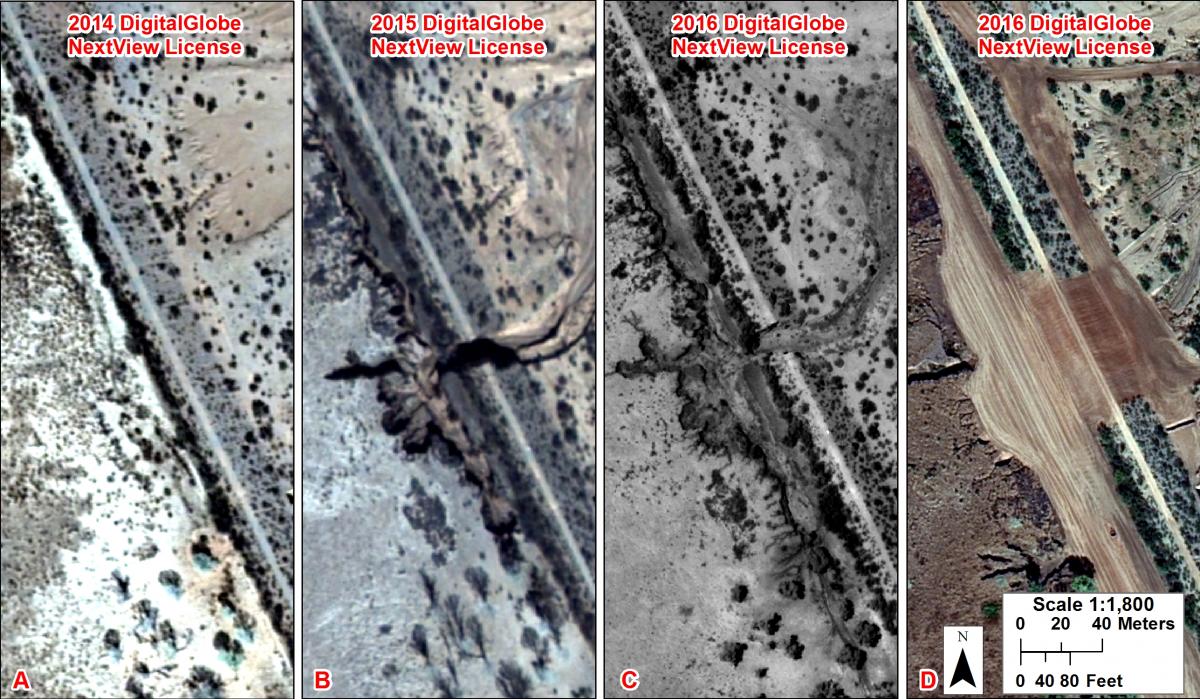