Use of Lidar for Integrated Waterbird Management

FWS National Wildlife Refuges (NWR) that contain impoundments used to provide shorebird and waterbird habitat are required to report on the available habitat area by depth class as the water levels change in the impoundments during the migration seasons.  At the Alligator River NWR, North Carolina, U.S. Geological Survey QL2 quality lidar data from the 3DEP Program were used to calculate habitat areas by water depth for the impoundments on the refuge at different water levels.

The 5-foot resolution digital elevation model (DEM) data were combined with polygons of impoundment extent.  The DEM data were virtually filled within each polygon at different elevations using the GRASS GIS r.lake command. The depth data were then classified to the standard depths given in the FWS National Protocol Framework for the Inventory and Monitoring of Nonbreeding Waterbirds and their Habitats, http://ecos.fws.gov/ServCatFiles/Reference/Holding/40341. Statistics were calculated for each impoundment at each water level and saved to a text file.  This process was automated using the Python scripting capabilities in GRASS GIS. 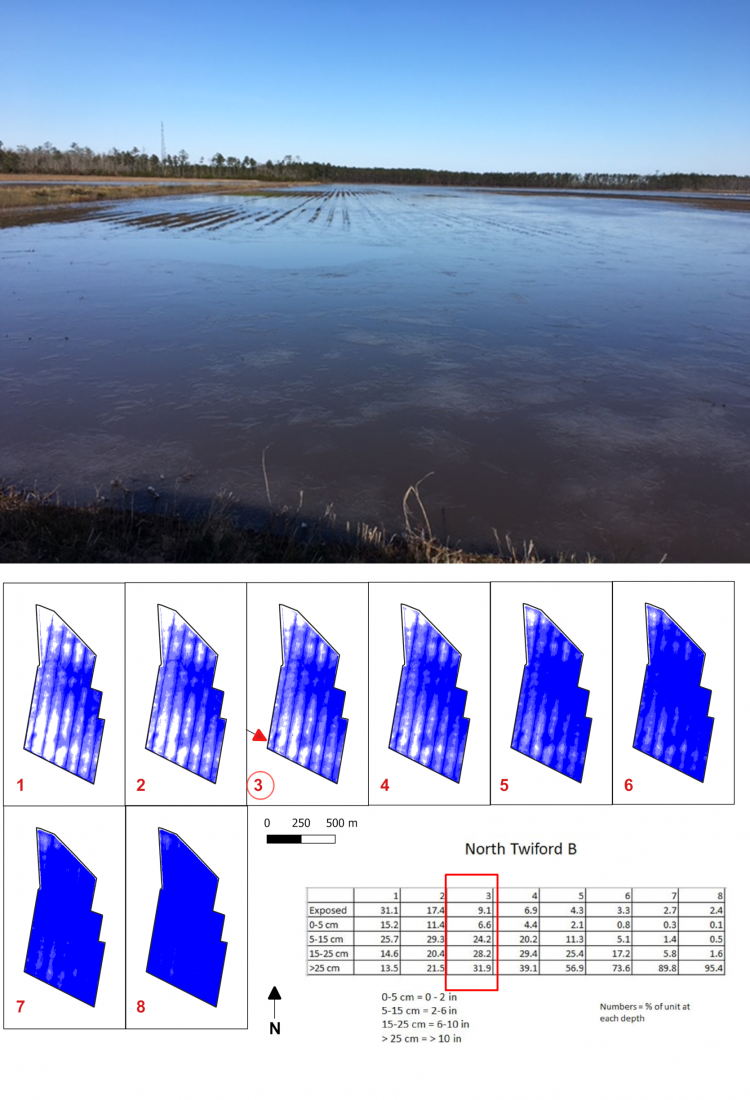