Forest Assessment and Planning in the Mississippi Alluvial Valley (MAV)

The Mississippi Alluvial Valley (MAV) once encompassed 10 million ha of floodplain forests, much of which has been converted to agriculture. Many conservation efforts in the MAV revolve around protection of existing forest and reforestation of converted lands. An accurate classification of forest cover is essential for conservation planning, and especially important for prioritizing conservation activities. Using an object-based image analysis (OBIA) with a random forest classifier, scientists quickly and accurately classified forest cover within the MAV. I Individual Landsat bands, band ratios, and band indices were used as input to the classifier. Instead of defining absolute thresholds to create classification rules, scientists calculated the statistics of each input image and created rules using relative values of pixels in the image. This approach allowed  the use of a single rule-set to classify each of the 11 Landsat-5 Thematic Mapper (TM) scenes. FWS scientists classified 3,020,308 ha--29.3% of the MAV--as forest with a mean classification accuracy of 96%.

This new information reveals that just over 400,000 ha of forest have been added to the MAV since 1992. This forest assessment has allowed partners to begin developing an updated reforestation decision support model based on current forest data and improved understanding of bird-habitat relationships. The final model is expected to be complete by fall 2015. 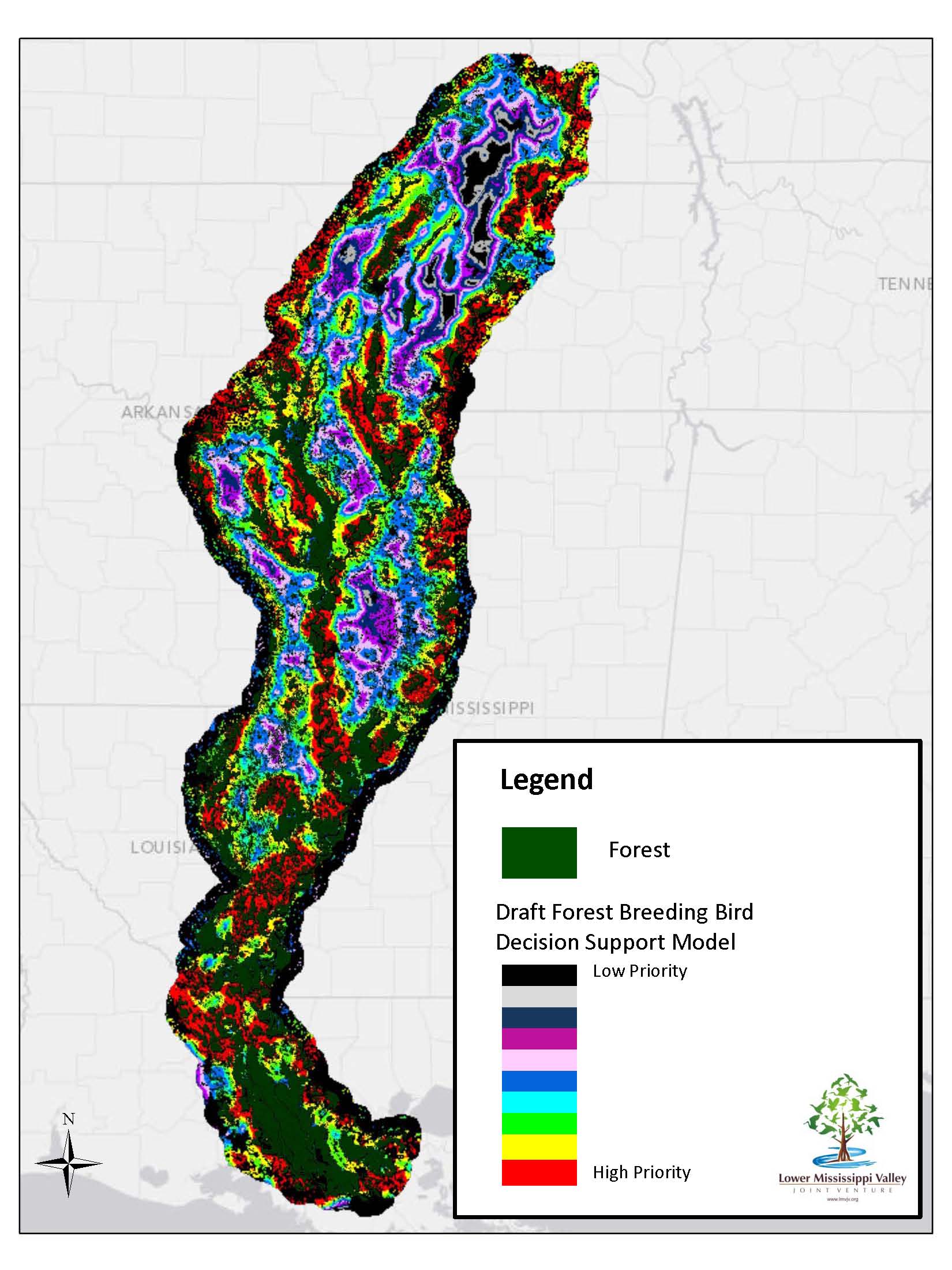