Annual habitat surveys conducted in 2004 and in 2006–2014 are used to identify the resting and foraging resources available to migratory birds in the Rainwater Basin region in south-central Nebraska (approximately 1.4 million hectares).  Color infrared aerial imagery at 0.61-m spatial resolution is acquired from late February to early April, depending on weather and migration timing, and analyzed to estimate the number of kilocalories available to migrating waterfowl based on vegetation type and ponded water.  This information is also being used to quantify watershed function and support watershed restoration to increase ponding in these ecologically-important closed-basin wetlands. 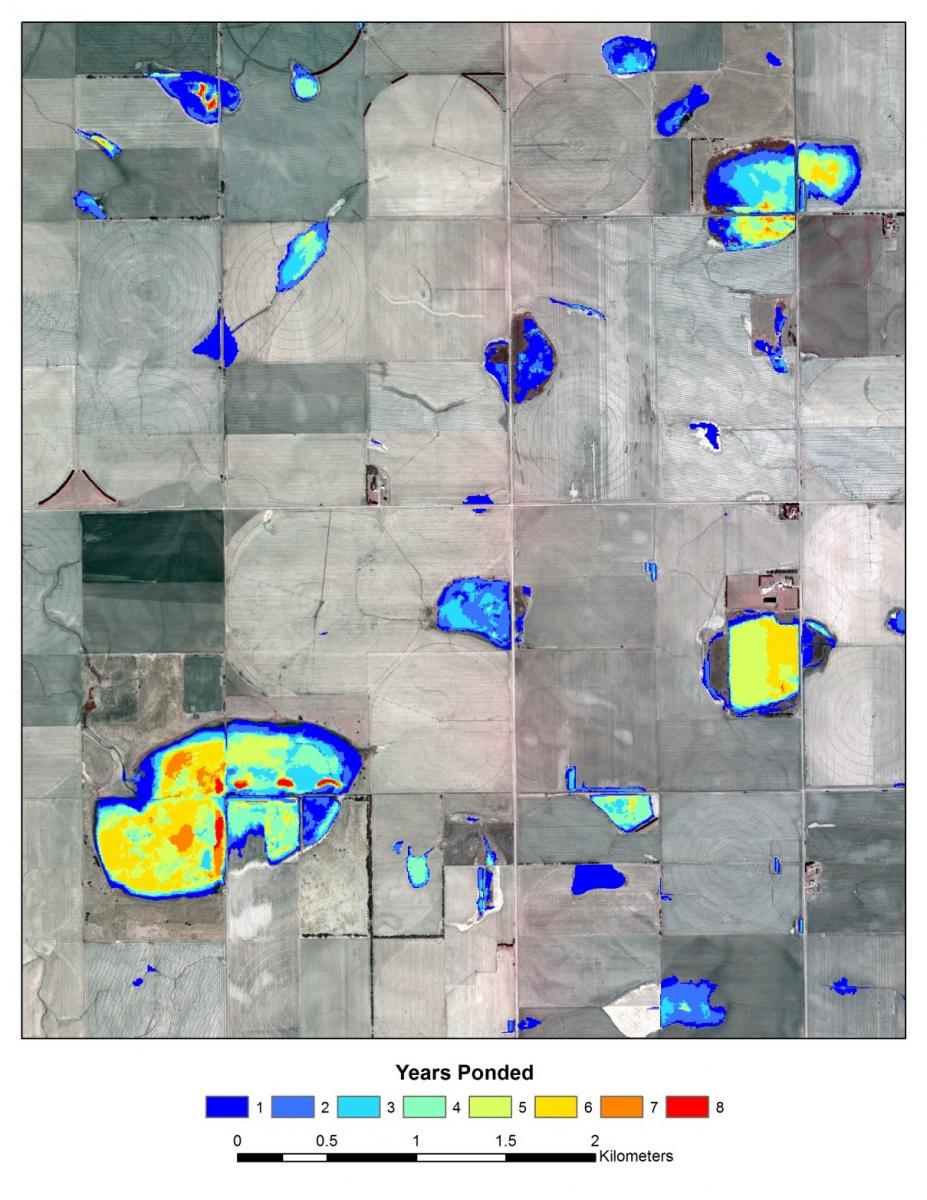 An example of aggregated annual habitat survey (AHS) data demonstrating the frequecy and extent of ponding over 8 years.