Use of Global Positioning System Data for Field Mapping

Ouray National Wildlife Refuge in central Utah routinely uses global positioning system (GPS) technology and aerial photos to mark and map a large variety of information, including the locations of high river breaches into wetlands, deer and elk observations, threatened cactus, and  invasive weed treatments.   For example, Russian olive is an invasive weed that outcompetes native vegetation and is harmful to riparian habitat. In 2013, a contractor was hired to remove Russian olive from the Bull Durham riparian area. However, extreme weather prevented the project from being completed.  Aerial photos were used to review the results of the work. Digital capture of such information makes these data accessible and easy to integrate into planning and management activities. 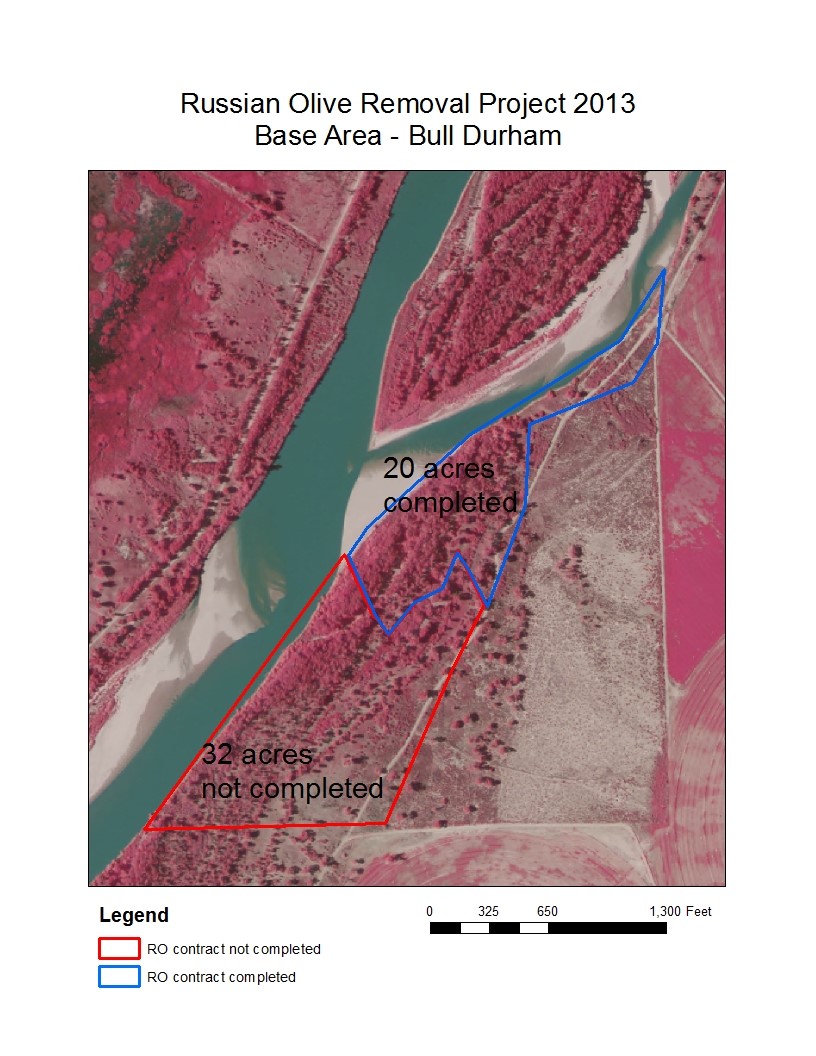