Tens of millions of people felt the M5.8 earthquake that occurred in Louisa County, VA on August 23, 2011. The earthquake occurred on a fault that had not previously been known, and no corresponding surface rupture was observed. To map the lateral extent of the fault and associated geologic structures, the USGS commissioned high-resolution airborne magnetic, gravity and radiometric (gamma-ray spectroscopy) as well as lidar surveys over the epicentral region. The combined geophysical data will help map shallow deformation, buried faults, intrusions, geologic contacts, and possible zones of tectonic weakness. 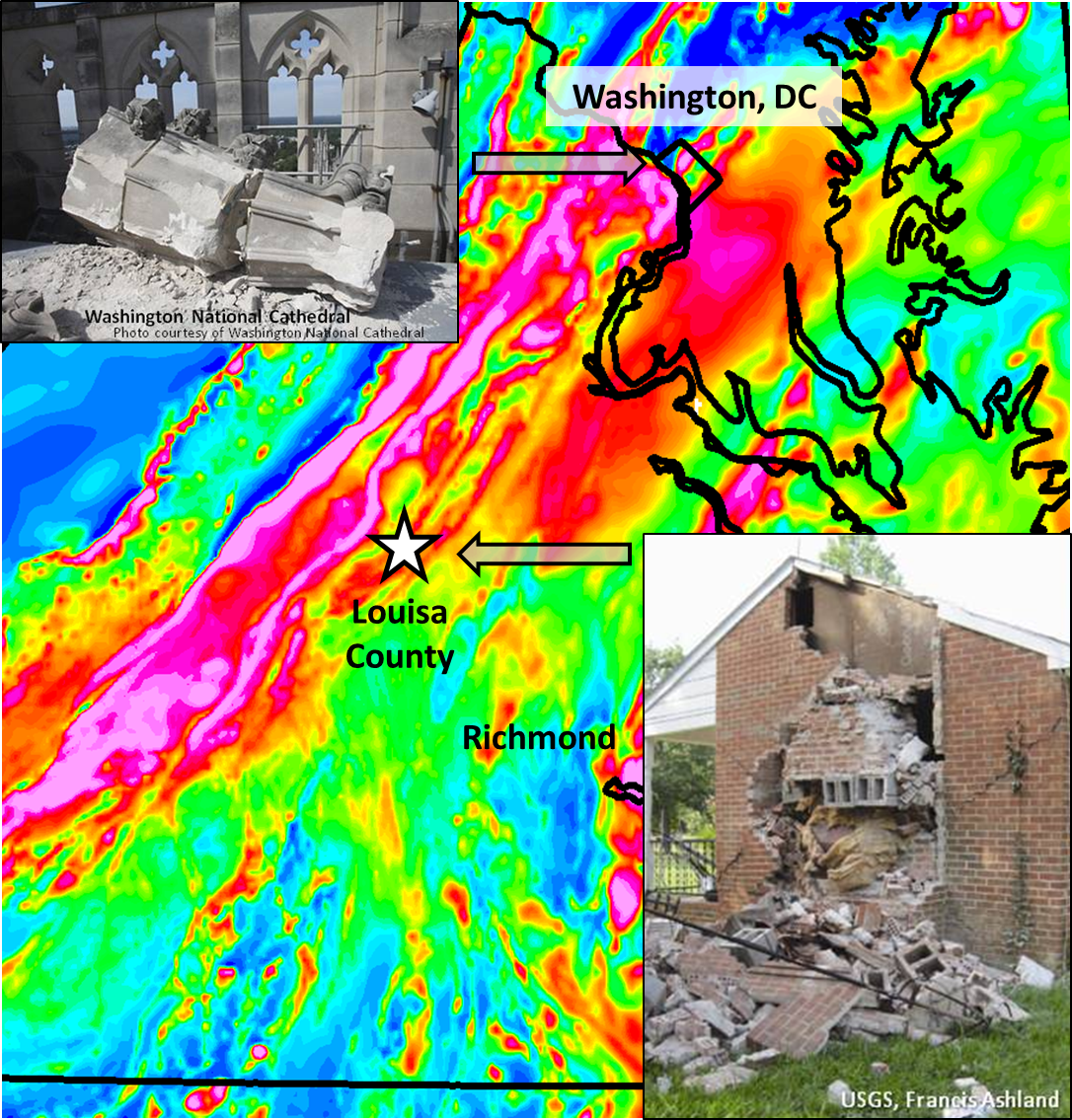