Mars is a major focus of the U.S. and international space programs with 5 operational spacecraft at this time (Mars Odyssey, Mars Express, Mars Exploration Rover Opportunity, Mars Reconnaissance Orbiter, and the just landed Mars Science Laboratory Curiosity).  The USGS Astrogeology Science Center is involved in all of these missions as science team members, and supports mission operations, ground software development, and data archiving.  Areas where the USGS is asked to lead include the development of topography from stereogrammetry and photoclinometry and software for processing raw images into geo-located data products.  The topographic maps have been especially useful for landing site selection.  They have been used not only to find sites that are devoid of dangerous rocks and slopes but to adjust the software parameters for the altitude-sensing radar systems used by Mars landers and to plan traverses of Mars rovers.  Science research ranges from bizarre solar-powered “geysers” in the dry-ice polar caps to giant turbulent lava flows that formed in the last few million years and from imaging microscopic grains of salts to global-scale rearrangement of wind blown dust.  http://astrogeology.usgs.gov/missions/ 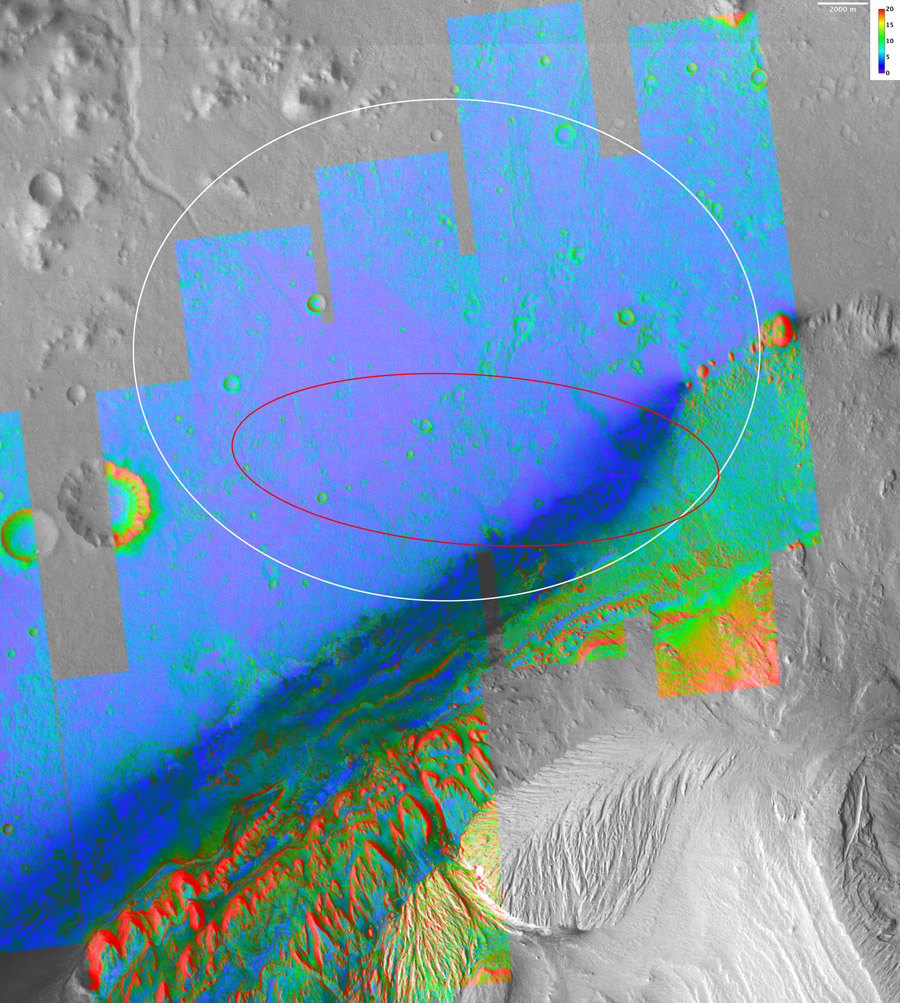 Topography of the landing site for the Curiosity rover produced by the USGS Astrogeology Science Center using images obtained by the HiRISE camera onboard the Mars Reconnaissance Orbiter.  Black and white is a lower resolution basemap and color areas show slopes derived from stereogrammetry.  The amount of topographic data produced by the USGS for this landing site alone is almost double the volume of the global laser altimetry dataset for Mars.  The white and red ovals show the landing ellipse before and after mid-course corrections respectively.