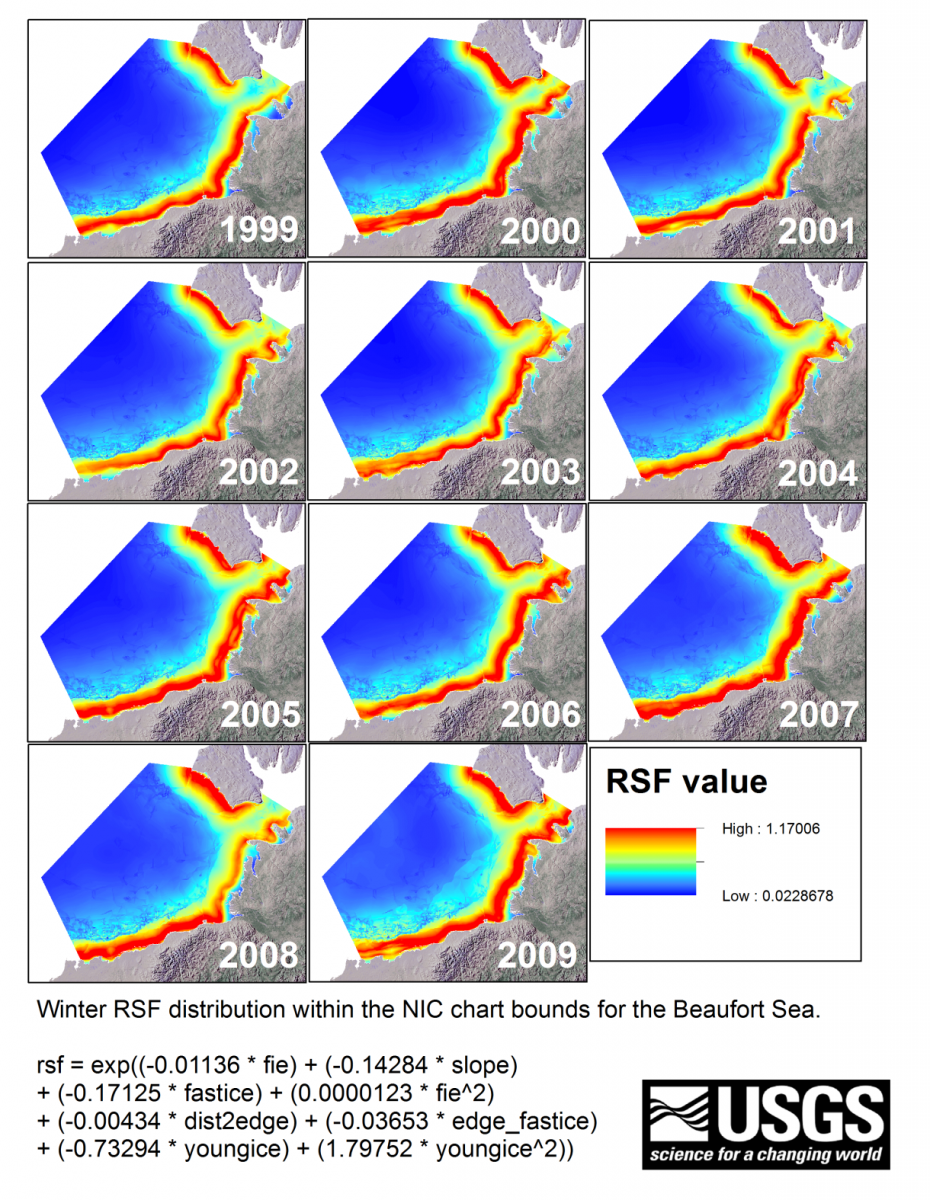 Distribution of Resource Selection Function (RSF) values for polar bear habitat use within the bounds of the National Ice Center sea ice chart for the Beaufort Sea during winter, 1999 – 2009.