Airborne electromagnetic (AEM) data were acquired over a portion of the Yukon Flats in Alaska to map the three-dimensional distribution of permafrost to depths of approximately 100m.  Images of the subsurface derived from the AEM data helped determine both geologic and thermal boundaries over a densely sampled area of ~300 sq. km.  Scientists were able to identify potential areas of surface water-groundwater exchange, and also the ~2,000 year thermal legacy of the Yukon River lateral migration.  AEM-derived permafrost maps are being utilized to parameterize coupled thermal-hydrologic flow models of the region, to understand lake history dynamics in the Yukon Flats, and are being integrated with other satellite remote sensing data to characterize shallow active layer thickness.  http://pubs.usgs.gov/of/2011/1304/  http://pubs.usgs.gov/fs/2011/3133/ 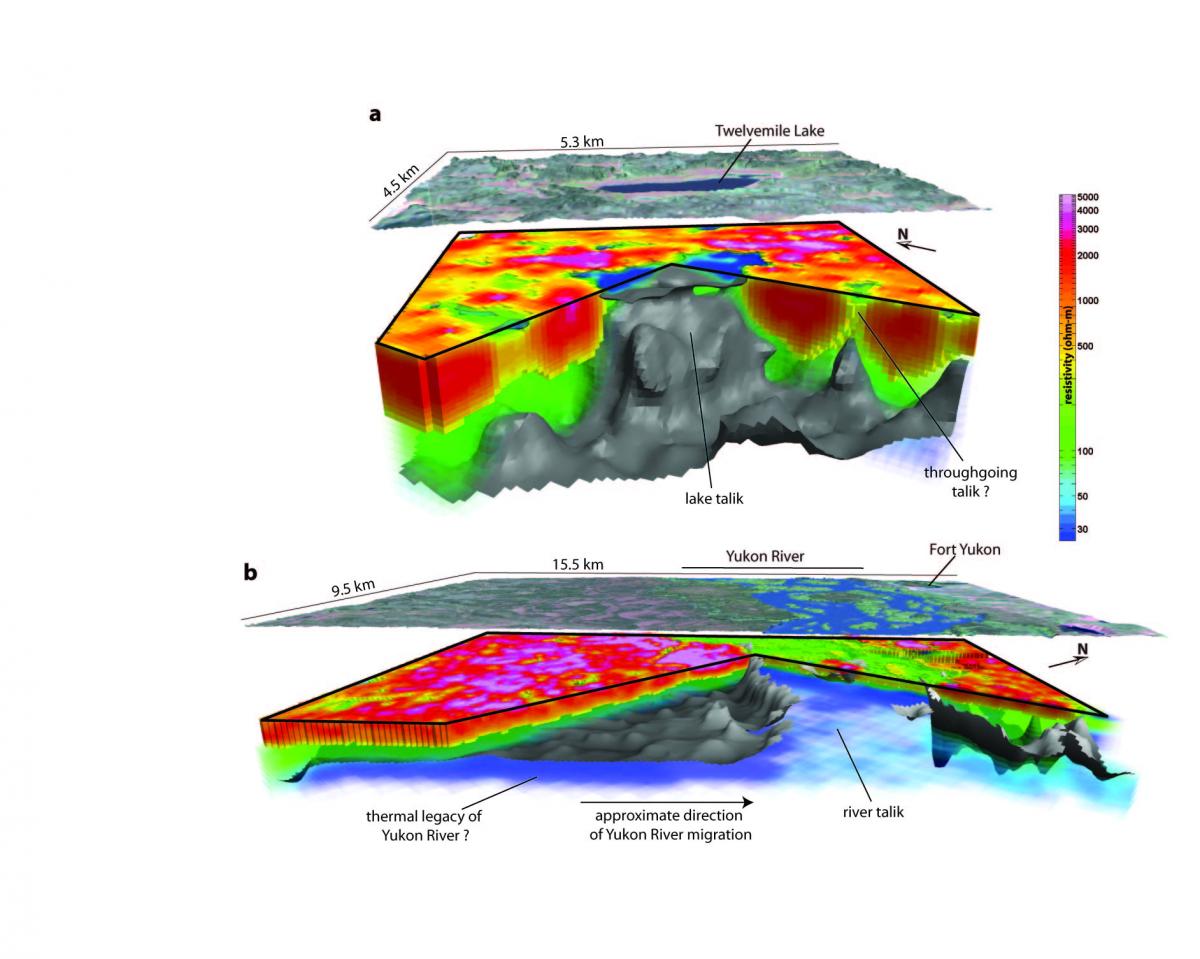 Three-dimensional cutout view of the resistivity model in the vicinity of (a) Twelvemile Lake and (b) the Yukon River. The gray isosurfaces are interpreted to indicate the base of permafrost in the subsurface. The upper image in each figure is a Landsat view of the region displayed below.