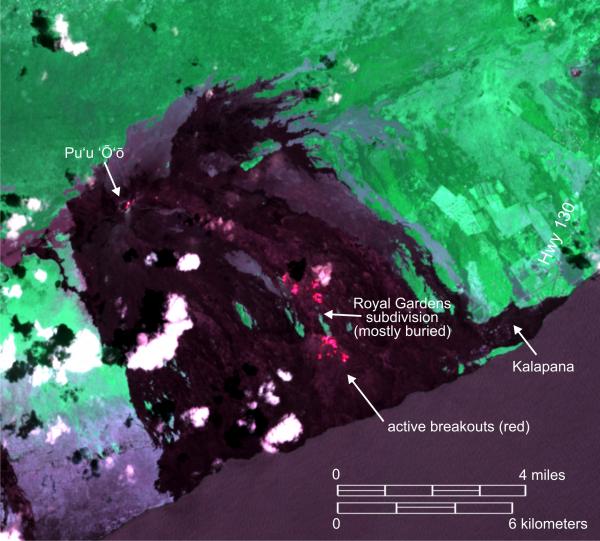 In addition, satellite and airborne radars provide excellent spatial resolution of ground deformation.  For example, radar data from NASA’s airborne UAVSAR, the Japan’s ALOS satellite, Italy’s Cosmo-SkyMed satellites, and Germany’s TerraSAR-X satellite were instrumental in documenting the complex patterns of deformation associated with an eruption, which included almost 2 meters of spreading across the rift zone, about 15 cm of subsidence at Kīlauea’s summit, and collapse of the Pu‘u ‘Ō‘ō eruptive vent.  These radar data were used to construct a model of the dike that fed the eruption, providing important insights into how magma moves beneath the volcano’s surface.  Satellite radar data have also been used to track lava flows and assess damage during strong earthquakes in Hawaii.   The wide applicability of radar and other remote sensing data, coupled with the frequent activity of Hawaiian voclanoes and comprehensive ground-based monitoring, have led to Hawai‘i being designated a Group on Earth Observations (GEO) Supersite, where investigators from around the world can access both ground- and satellite-based data at no cost. 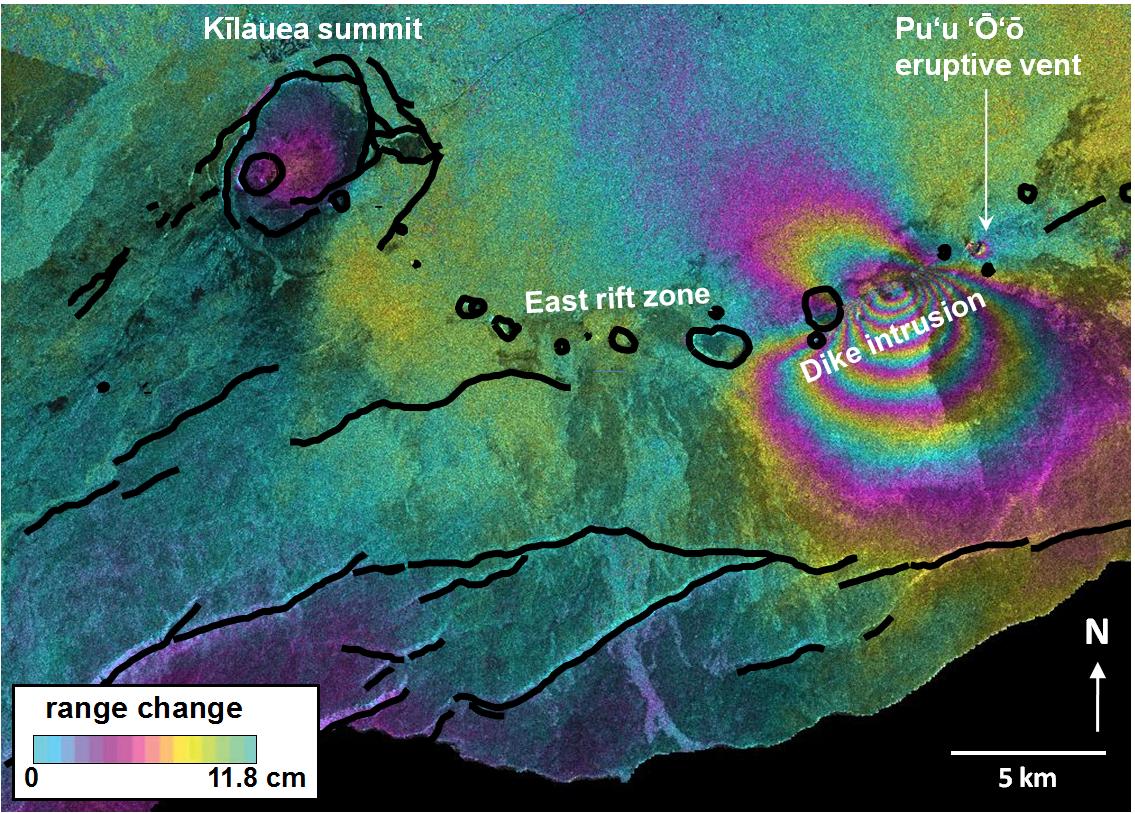 ALOS interferogram spanning January 18 – March 6, 2011.  Deformation patterns include several centimeters of subsidence at Kīlauea’s summit and at the Pu‘u ‘Ō‘ō eruptive vent, and meters of spreading along Kīlauea’s east rift zone.  The deformation was caused as magma drained from beneath the summit and Pu‘u ‘Ō‘ō to feed a dike intrusion and new fissure eruption.