A primary objective of the Changing Arctic Ecosystems Initiative of the USGS Alaska Science Center is to measure and forecast the effect of changing terrestrial ecosystem processes on wildlife populations along Alaska’s Arctic Coastal Plain.  The Initiative seeks to understand the environmental changes resulting from warming during the 20th and 21st century, and how these changes are impacting molting and breeding bird populations, such as those of Pacific Black Brant geese and White-fronted geese.  Time series image analysis and field sampling are used to determine the timing and areal extent of permafrost-related subsidence occurring along and near the Arctic coast.  Georeferenced historic (1947-1950 high altitude vertical photography) and contemporary (2008) IKONOS imagery reveals that subsidence of ice-wedge polygonal ground is developing rapidly in response to the warming climate.  Evidence suggests the use of these subsidence areas by molting black brant is novel.  Perhaps this recent and heavy use of coastal areas by black brant is due to an increase in forage quality or quantity resulting from permafrost degradation, subsidence, and colonization by saline vegetation.  Chronosequences of imagery are also being examined for dried lakebeds on the Arctic Coastal Plain to establish the vegetative succession of emergent plant species used for forage by white-fronted goose, a species which has increased 10-fold on the Alaska Coastal Plain since 1980. 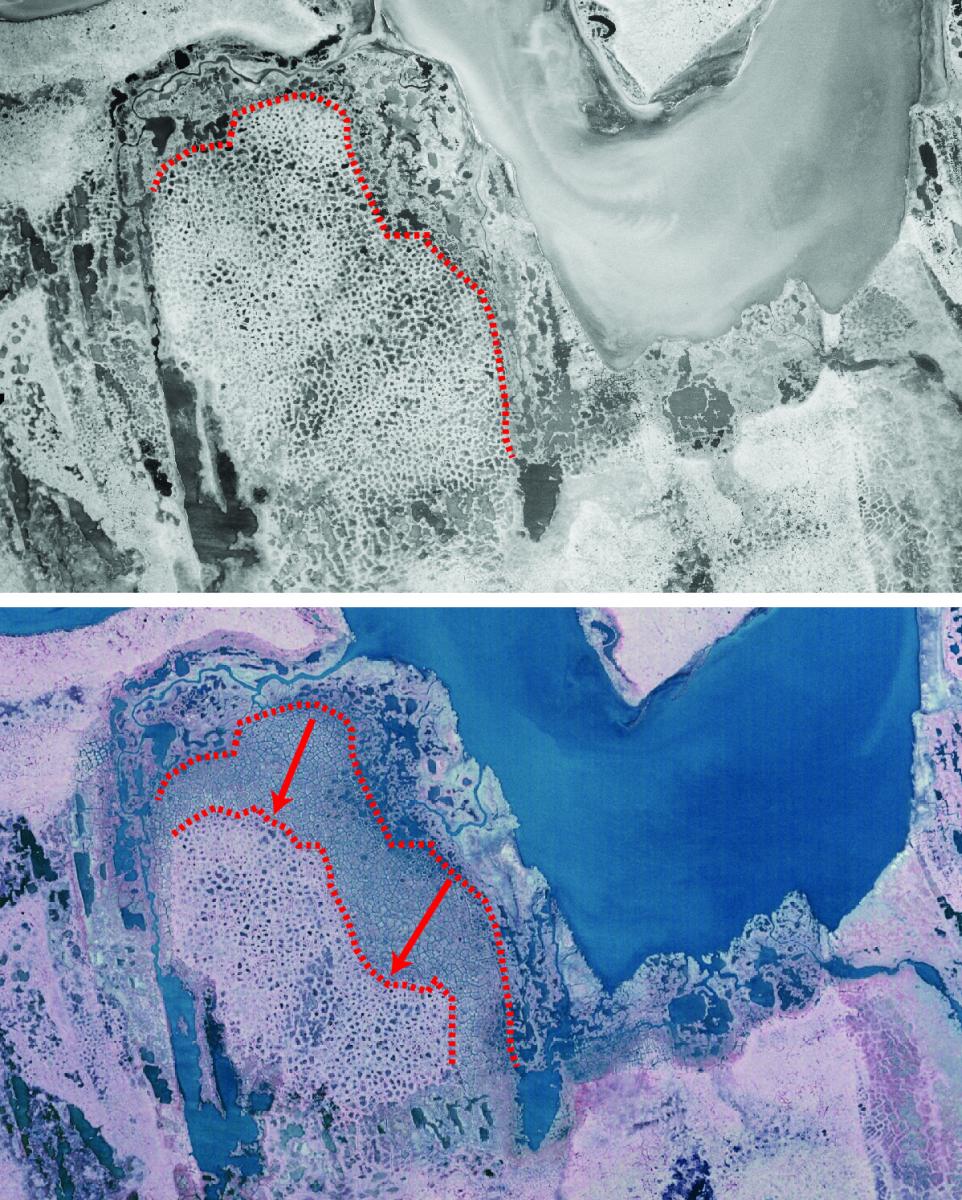 Images from 1948 (top) and 2008 (bottom), showing an area of subsiding ice wedge polygonal ground near the mouth of Garry Creek, North Slope of Alaska. Field observations indicate that this and similar near-coastal areas of subsided tundra has been covered with brackish sediments and colonized by saline vegetation, which is being exploited by black brant geese.