The Bill Williams River is a tributary to the lower Colorado River and maintains one of the few examples of naturally regenerating cottonwood-willow gallery forest in the region. Gallery forest provides habitat for the endangered Southwest Willow Flycatcher (Empidonax traillii extimus) and other important waterfowl, mammal, and amphibian species. Tree mortality and dieback of cottonwoods (Populus spp.), willows (Salix spp.), and saltcedar (Tamarix spp.) have increased within the riparian corridor since 2013 and become widespread in 2016.

Study results showed tree dieback on BWNWR was readily detected using both NDVI and NDRE images, with higher magnitude of dieback estimated using dNDVI. Field verification is being used to determine which index is superior for estimating the extent and magnitude of tree mortality and dieback on BWNWR. It was also evident from lidar canopy height data that multiple tree cohorts and species have been impacted by stress factors. These data provide a basis to generate and test hypotheses about primary causal agents leading to tree declines on the refuge. RapidEye imagery obtained from Planet.com since 2008 allows for frequent coverage of all 47 refuges across the FWS Southwest Region. 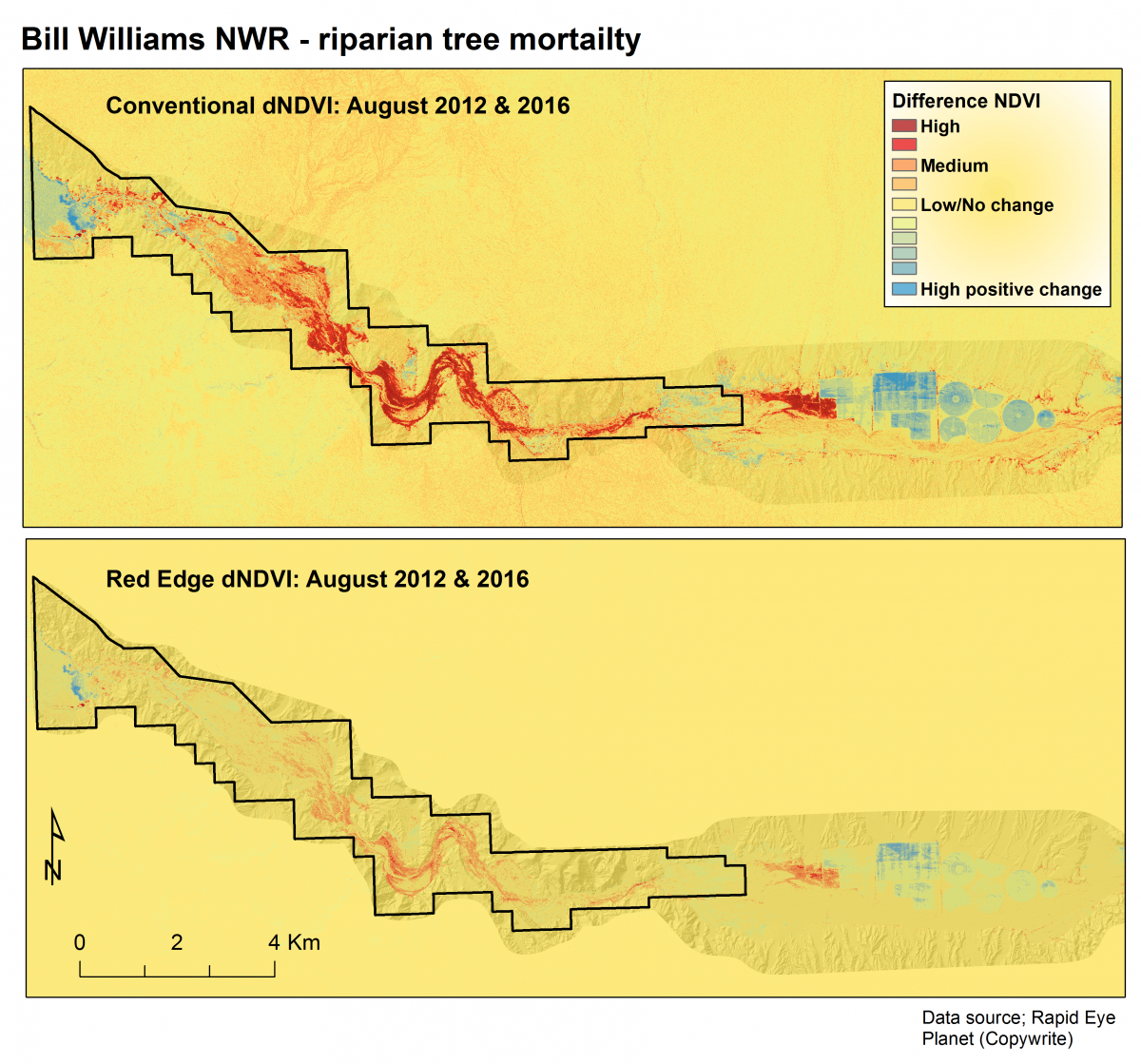 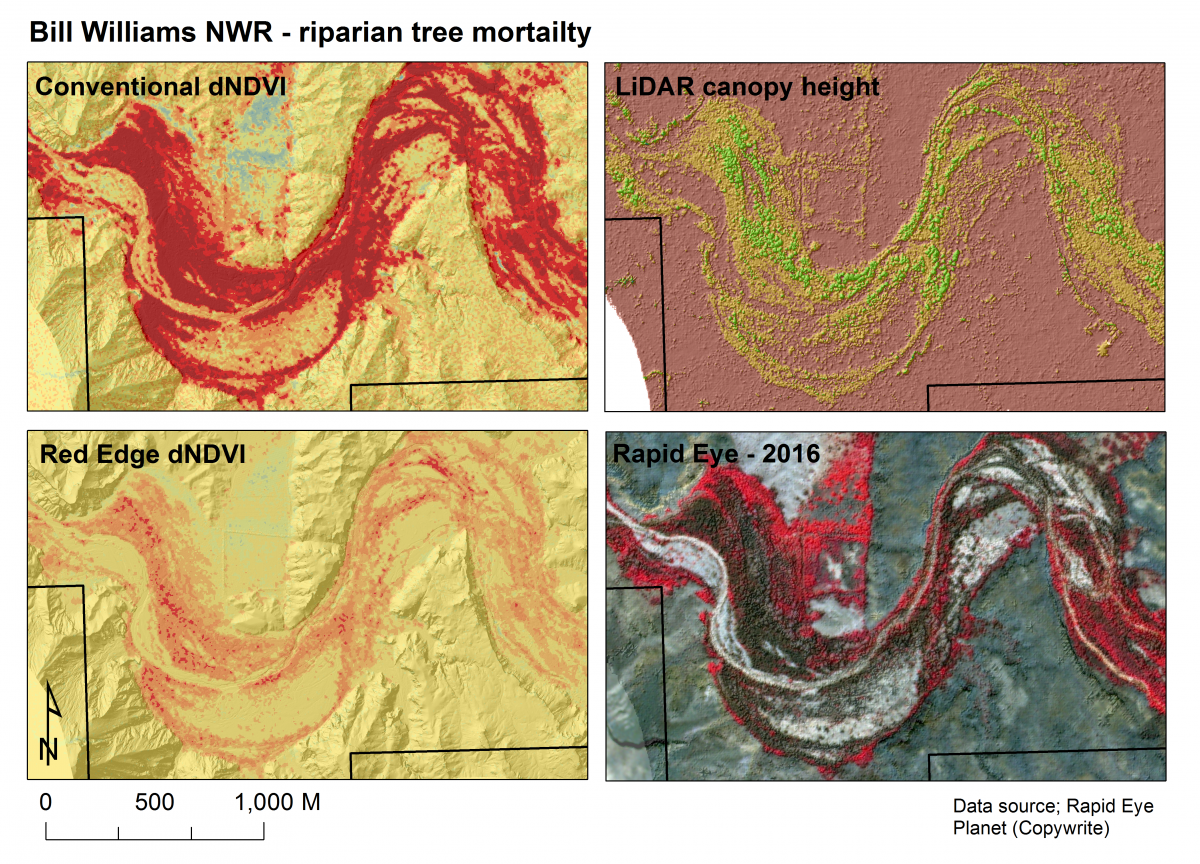