After a major disaster, a satellite image or a collection of aerial photography is frequently the fastest, most effective way to determine the scope and severity of the event. The USGS operates the Hazards Data Distribution System (HDDS) to process and deliver satellite and aerial imagery in near-real time during natural or human-caused disasters such as hurricanes or oil spills.  The USGS used satellite imagery to help assess the scope of damage from the massive Grand Mesa mudslide in Colorado in May 2014.  The imagery from HDDS has also been used to support the response to over 33 fires during 2014. The data are provided in response to requests from the U.S. Forest Service, Bureau of Land Management, National Park Service, and State fire agencies. The imagery is available to all U.S. emergency management officials at the Federal, State, local, and Tribal levels. 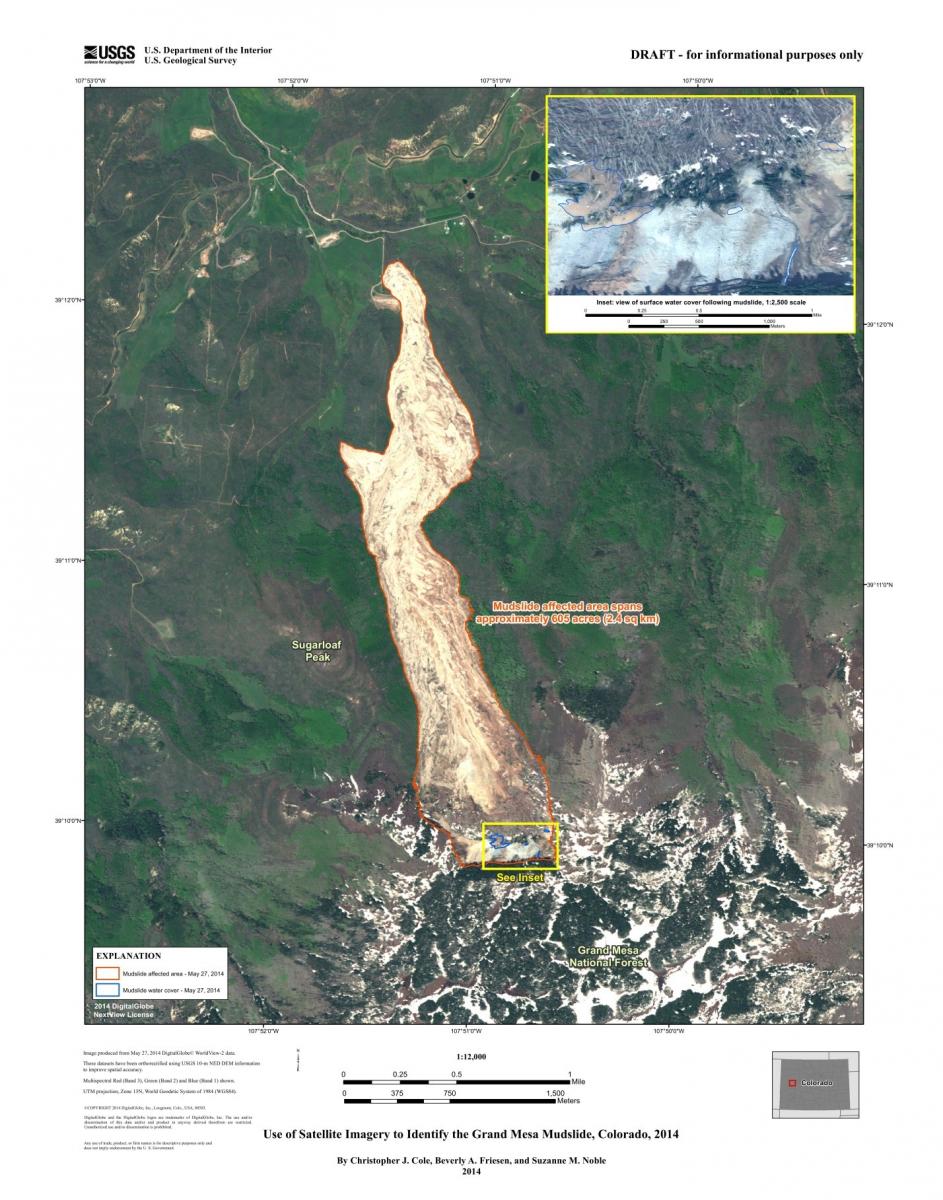 The Grand Mesa Colorado mudslide—DigitalGlobe WorldView-2 image from May 27, 2014. Example of an image produced in response to a disaster. NOTE: This information is preliminary or provisional and is subject to revision. It is being provided to meet the need for timely best science. The information has not received final approval by the U.S. Geological Survey (USGS) and is provided on the condition that neither the USGS nor the U.S. Government shall be held liable for any damages resulting from the authorized or unauthorized use of the information. 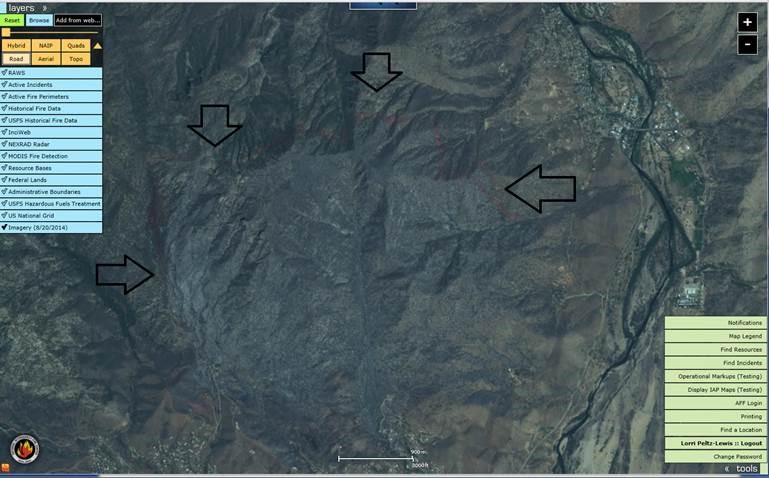 Fire retardant laid around a fire—SPOT 6 image from August 20, 2014. Example of an image requested by the U.S. Forest Service.