The USGS is leading a 3D Elevation Program (3DEP) effort to coordinate with other Federal agency partners and the State of Alaska to acquire new Alaska elevation data statewide using remote sensing techniques. Under its Geospatial Products and Services Contract (GPSC), the USGS is contracting with vendors to acquire 5-m resolution elevation data using Interferometric Synthetic Aperture Radar (InSAR) sensors flown on aircraft. Deliveries include a Digital Terrain Model (DTM) representing the bare earth, a Digital Surface Model (DSM) representing the tops of vegetation and structures, and an orthorectified radar intensity image (ORI). The new data are replacing decades-old 60-m resolution elevation data that have known vertical and horizontal errors. By the end of June 2017, 92% of statewide InSAR coverage was available or in work. Some of the Alaska InSAR coverage, specifically that over the National Petroleum Reserve-Alaska (NPRA), was collected under slightly different specifications prior to the current effort, which began in 2010. The USGS aims to complete InSAR collection by 2020, including an update of the legacy NPRA data. InSAR data are being used in a wide variety of mapping, resource management, and human safety applications. A recent literature search discovered dozens of scientific journal articles that cite the use of the new data. The new elevation data also serve as a foundational layer for new USGS U.S. Topo digital topographic maps that are being generated statewide for Alaska as the new elevation data become available. These Alaska mapping efforts are coordinated through the Alaska Mapping Executive Committee (AMEC), an executive body co-chaired by the Department of the Interior and the Department of Defense. AMEC members represent a large number of Federal agencies and the State. Alaska InSAR elevation data can be downloaded through the USGS The National Map data download service at https://viewer.nationalmap.gov/basic/. 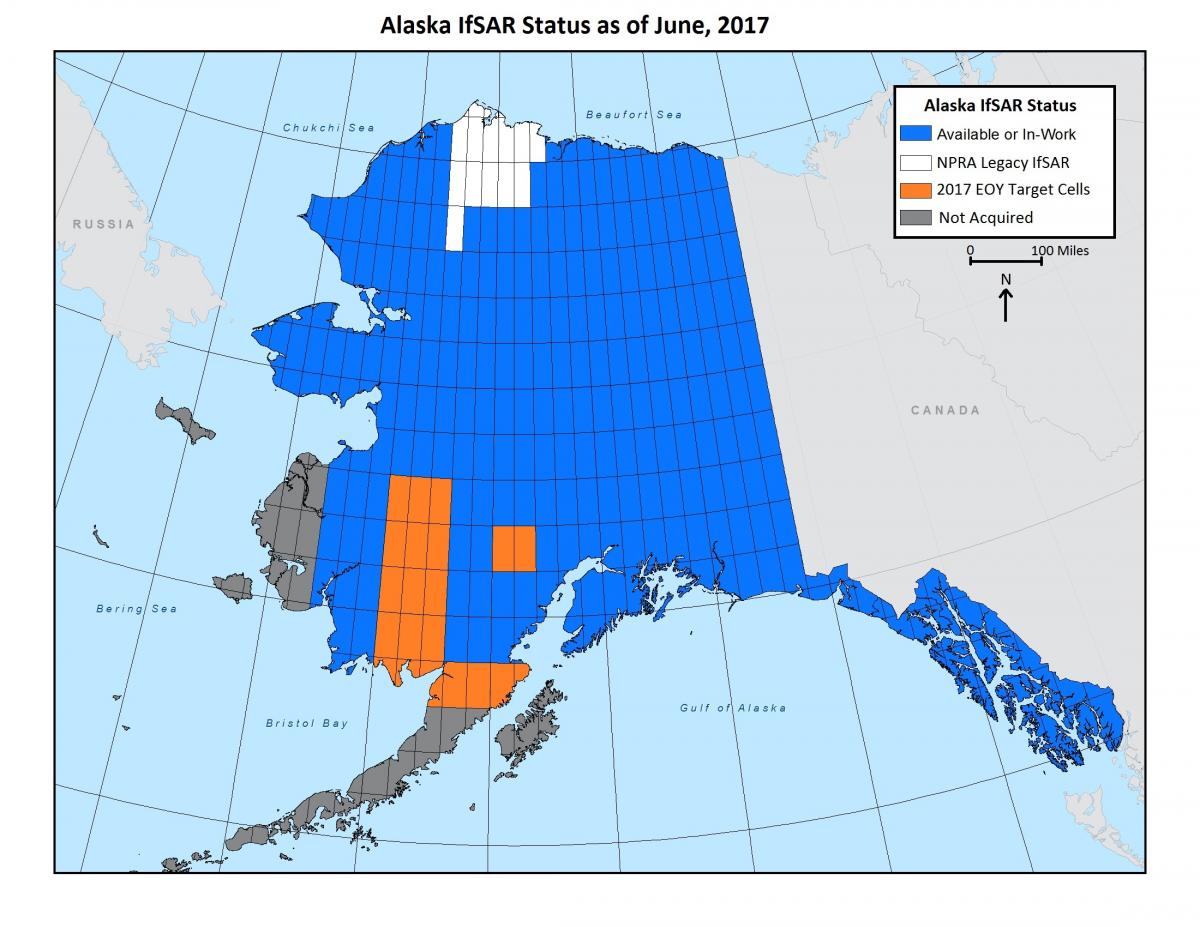