Thermal imagery is particularly useful for tracking the advancement of active lava flows on Kilauea’s East Rift Zone.  Satellite data from Landsat, EO-1 and the ASTER have shortwave and longwave infrared bands with pixel sizes of tens of meters, which provides a rough idea of the nature of surface lava flows.  To improve the thermal mapping of the lava flow field and improve hazard assessments, USGS scientists are now regularly producing high-resolution (~1-m) thermal maps of the flow field using oblique thermal images collected during helicopter overflights.  The thermal images, taken with a handheld thermal camera, are merged into an orthomosaic using structure-from-motion software and then georeferenced.  Creating these high-resolution thermal maps can be done in a few hours following the overflight, allowing them to be used for operational monitoring.

The high-resolution thermal maps provide new details on the dynamics of pahoehoe flow fields.  First, the maps provide a detailed picture of the distribution of surface breakouts, which are often clustered in groups.  Second, the thermal maps clearly delineate the path of the subsurface lava tube, as surface temperatures above the tube are generally 15–50 °C higher than the surroundings.  Third, the thermal maps allow more detailed tracking of the lava ocean entry and can show hot cracks on the lava delta that are sometimes a prelude to collapse events. More details can be found in Patrick et al. 2017. 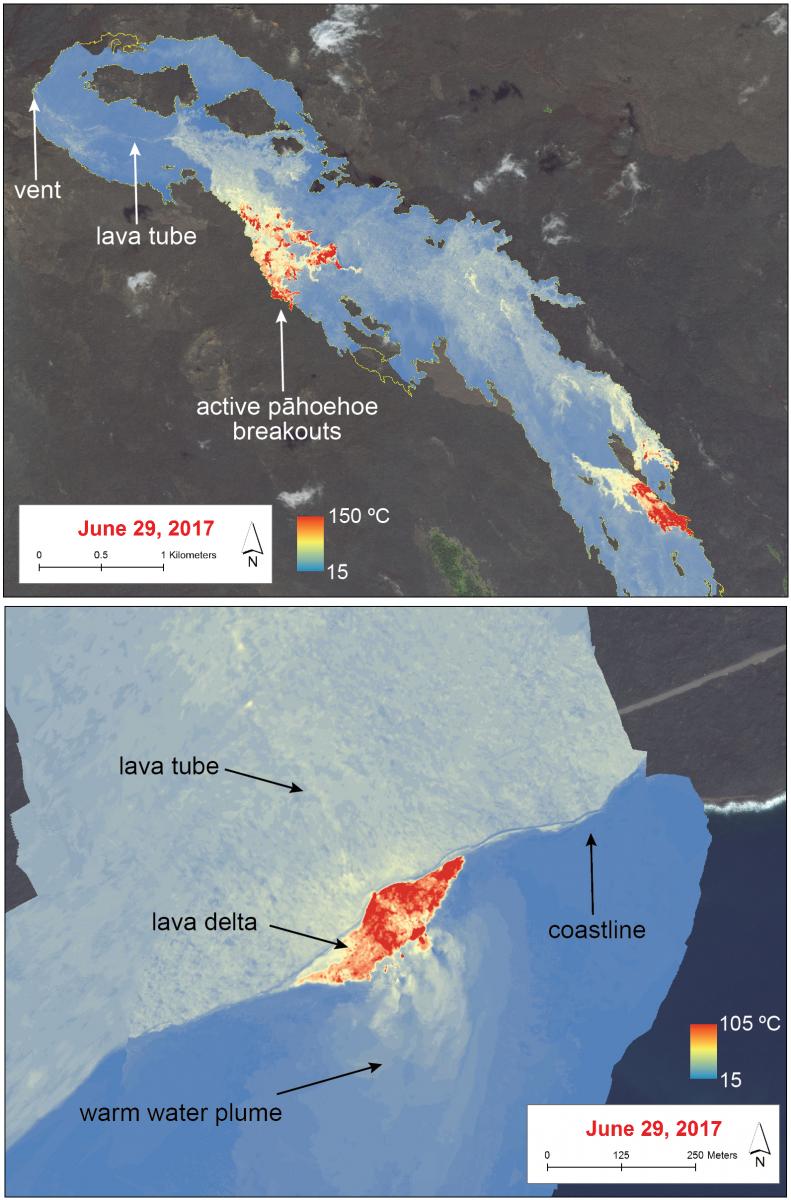