Bogoslof is the emergent summit of a large submarine stratovolcano that rises ~1,800 m above the Bering Sea floor, but is only ~90 m above sea level (a.s.l.) at its highest point. Bogoslof volcano is located slightly north of the main Aleutian volcanic front, about 100 km west of Dutch Harbor, Alaska. Bogoslof began its most recent eruption on December 20, 2016.  The volcano has produced several explosions with volcanic clouds reaching as high as 11 km (36,000 ft) a.s.l. This volcano is frequently altered by both eruptions and wave erosion, and has undergone dramatic changes in historical time. Because of the volcano’s remote location and small size, the Alaska Volcano Observatory has no ground-based volcano monitoring equipment on Bogoslof. Satellite data as well as monitoring stations located on nearby islands are used for indicators of volcanic activity. Satellite imagery provides key insights into the evolving size and shape of the island between successive eruptions.  Satellite stereo-pairs are processed to create high-resolution (1-m) digital elevation models (DEMs) that help track these changes through time. 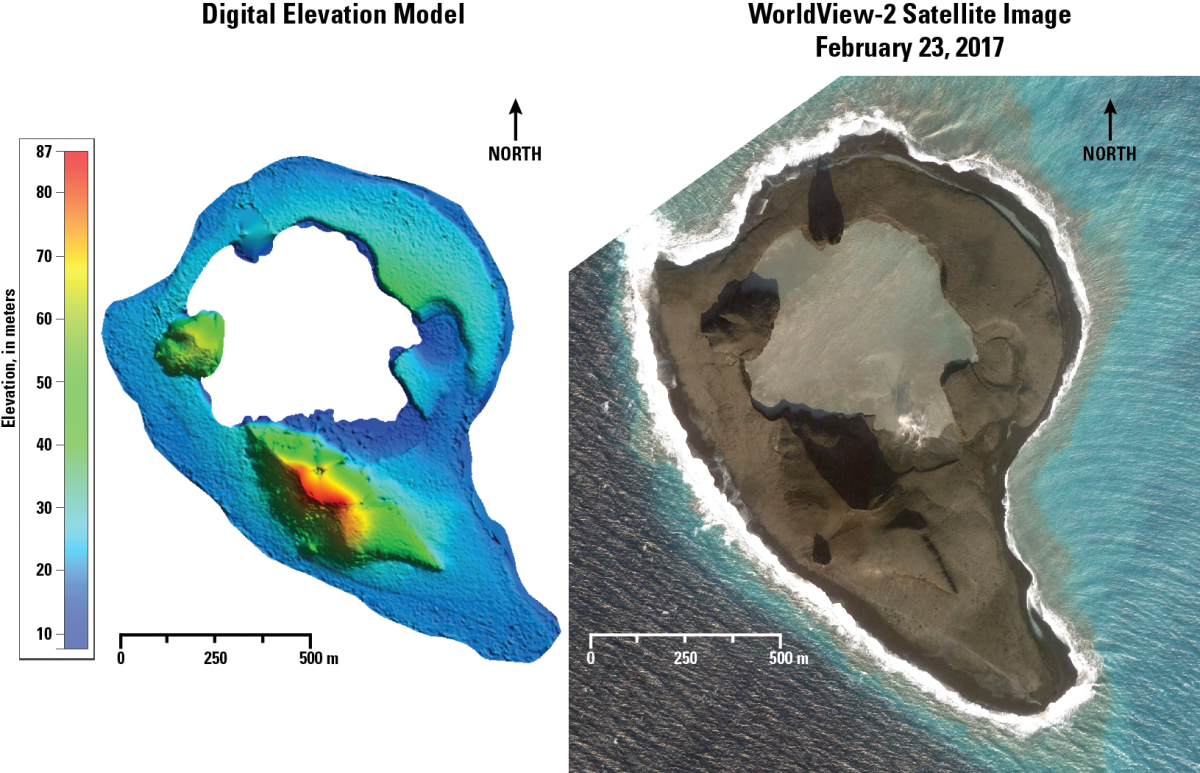 A DEM (left) and satellite image (right) of Bogoslof volcano, February 23, 2017.  A time series of DEMs has been constructed to measure topographic changes to the volcano from eruptive episodes and wave erosion.  Image data provided under Digital Globe NextView License.