Wolf Dispersal in the Superior National Forest of Northeastern Minnesota

Wolves are born into packs. Similar to the dynamics of human families, young members of both sexes leave their natal families as they reach maturity and strike out on their own.  These “lone wolves” travel far and wide seeking a mate and new territory.  In northeastern Minnesota’s saturated wolf population, few areas are unclaimed by existing wolf packs, so lone dispersing wolves often “float” within the populations for long periods.  USGS scientists used Global Positioning System (GPS) collars fitted on individual wolves to help monitor distances traveled.  A current example is male wolf 7256, who was collared on September 19, 2016, while he was dispersing.  Most wolf pack territories in the area cover about 130 square kilometers (km2).  However, wolf 7256 traveled over an area of about 5,250 km2 (see Figure). Information about wolf dispersal is important to resource managers because wolves are on the Endangered Species List, and dispersing wolves are critical to the expansion of wolf populations into new areas, thus promoting recovery. 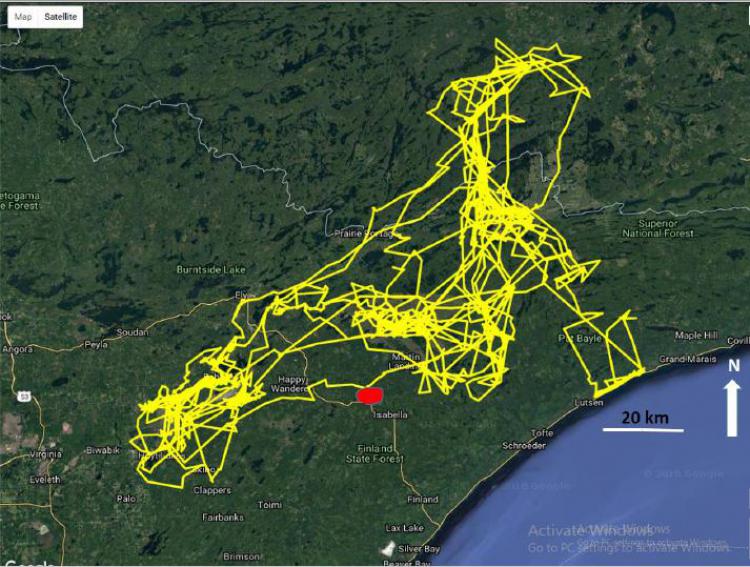 Example of the movement of dispersing lone male wolf 7256 from September 19, 2016, to October 2, 2018.  The red area represents the usual size of a wolf pack territory where wolves are born and live until they disperse.