Big Oaks National Wildlife Refuge (NWR) in Indiana hosts a variety of habitat types, including extensive grassland complexes and intact forests.  Grassland habitats, which are increasingly rare in Indiana, shelter many plant and animal species that are only found at Big Oaks NWR, such as Henslow's sparrow (Ammodramus henslowii) and Kirtland's snakes (Clonophis kirtlandii). The grasslands also contain Indiana’s largest concentration of crawfish frogs (Lithobates areolatus). Another important habitat type at Big Oaks NWR is the wet, flat forest communities known as flatwoods, which host several types of rare or endemic salamanders. Although Big Oaks supports diverse wildlife species and has even been designated as a “Globally Important Bird Area,” because of its value to migratory birds, until recently it did not have an up-to-date, detailed, and comprehensive map of its vegetation habitats. The creation of a vegetation map was a high priority for refuge managers given their mandate to preserve, conserve, and restore biodiversity and biological integrity.  To generate the map, the USGS Upper Midwest Environmental Sciences Center coordinated with the U.S. Fish and Wildlife Service to plan the mission, acquire the necessary aerial imagery, and process and classify the 4-band (red, green, blue, near-infrared) images into vegetation classes. The images were collected at 0.15 meters (6 inches) per pixel using a Phase One iXU-RS 180 aerial camera, which was set in a gyro-stabilized mount that can be directly georeferenced using simultaneously generated exterior orientation information (X, Y, Z expressed by GPS and roll, pitch, and yaw) detected by the co-located inertial measurement unit.  The resulting vegetation map will assist refuge land managers to determine where past management actions have been most effective and prioritize areas for restoration and management. 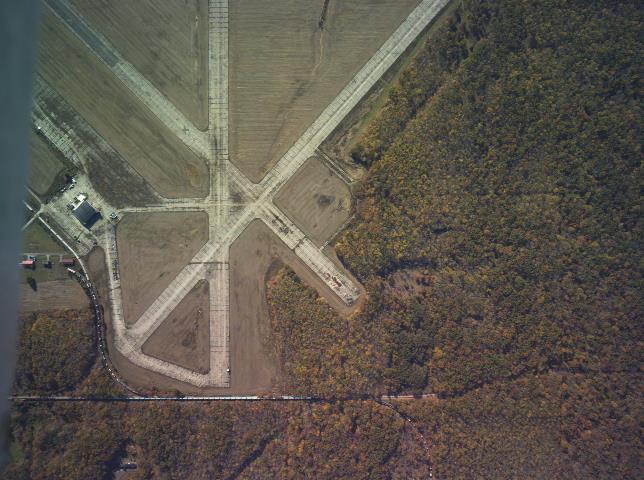