The convergence of plentiful dry wildland fuels and weather favorable for fire ignition and spread signifies high potential for uncharacteristically large and dangerous fires.  The ability to characterize the potential for hazardous fire activity requires measurements of fuel condition combined with information from weather forecasts.  The availability of long fire histories adds a third dimension, fire probability, which can improve the ability to develop weekly forecasts of the location and number of large fires over a given region (Preisler and others, 2008).

The USGS uses satellite information to assess live fuel condition for estimating fire danger.  Using 25 years of vegetation condition measurements, we can determine the relative greenness of current live fuels.  The forecast begins with the fire potential index, which integrates satellite-derived vegetation condition information and daily weather information to identify the area most susceptible to fire ignition (Burgan and others, 1998).  The final step in the forecast is to incorporate the historical record of large fire occurrence to determine the probability of large fire occurrence.  By combining fire potential with the probability of fire occurrence, we can determine the probability of one or more large fires within a geographic region.  This forecast is produced daily by the USGS for all lands in the conterminous United States. 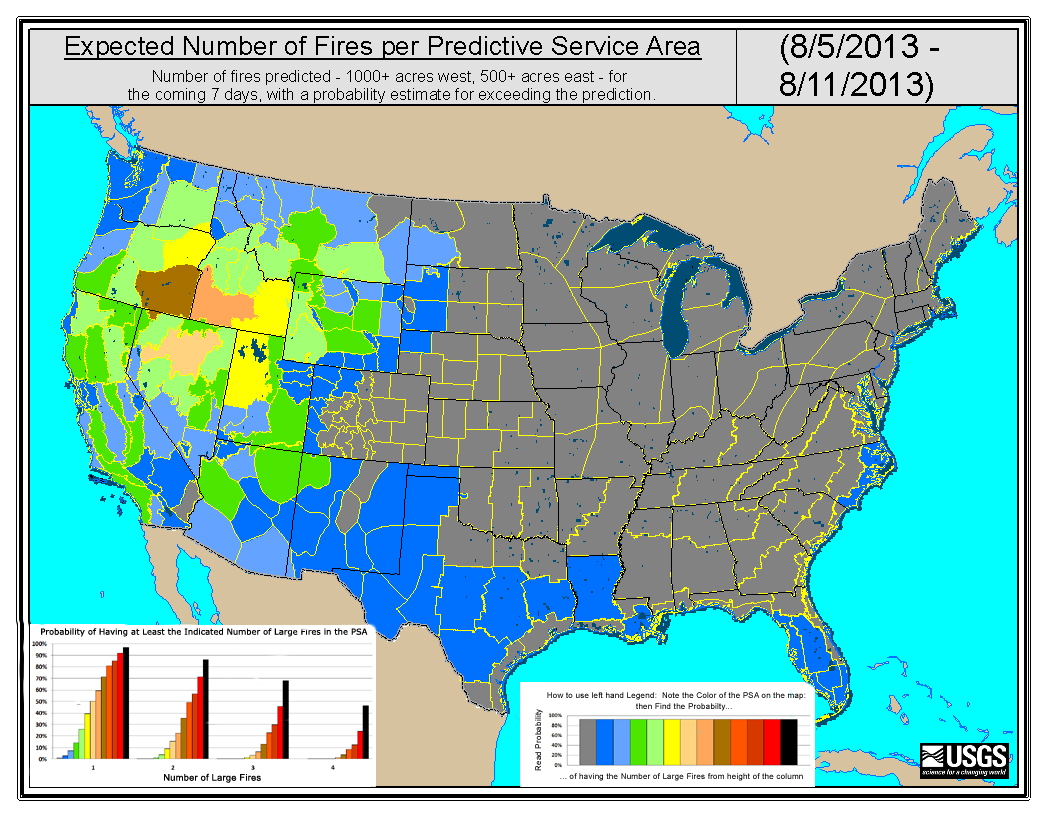 Expected number of fires per predictive service area for the week of August 5, 2013.