Identifying and Dating Faults in the Wabash Valley Seismic Zone

Paleoseismic records are essential for conducting thorough seismic hazard assessments. High slip rates along geologic faults and the presence of tectonic plate margins in the western United States result in many well expressed faults at the surface, and these faults are prime targets for acquiring the paleoseismic data needed for hazard assessments.  The opposite is true in the central and eastern United States, and particularly so in the Wabash Valley seismic zone (southern Illinois, southwestern Indiana, and western Kentucky). The faults in these areas, even those that are not obscured by high weathering rates, are usually buried by thick glacial deposits of loess, till, and alluvium.  Although slip on these buried faults generally does cause the overlying sediments to fold or compress, the deformation results in very little if any surface expression, which makes locating seismogenic faults challenging. The current generation of lidar elevation can reveal decimeter-scale topographic anomalies, and one objective of this research is to perform geomorphic analyses using existing lidar data to identify topographic anomalies that could be related to offset on buried faults in the Wabash Valley seismic zone.

A second objective of this research is to test the hypothesis that the creation of sandy liquefaction features such as sand blows, or clastic dikes, resets the natural luminescence signal in quartz sand grains making it possible to use optically stimulated luminescence dating (OSL) to directly date the timing of paleoearthquakes. OSL is a geochronology technique that is used to determine the last time a sediment grain was exposed to heat or daylight. The Wabash Valley seismic zone contains thousands of clastic dikes (sand blows), and the ages of many have been estimated using cross-cutting relationships, radiocarbon dating, and archaeology. Clastic dikes from these paleoearthquakes will be sampled and dated using OSL methods to see if the luminescence signal in quartz sand grains is reset during seismogenic liquefaction (via heat due to grain sheer). 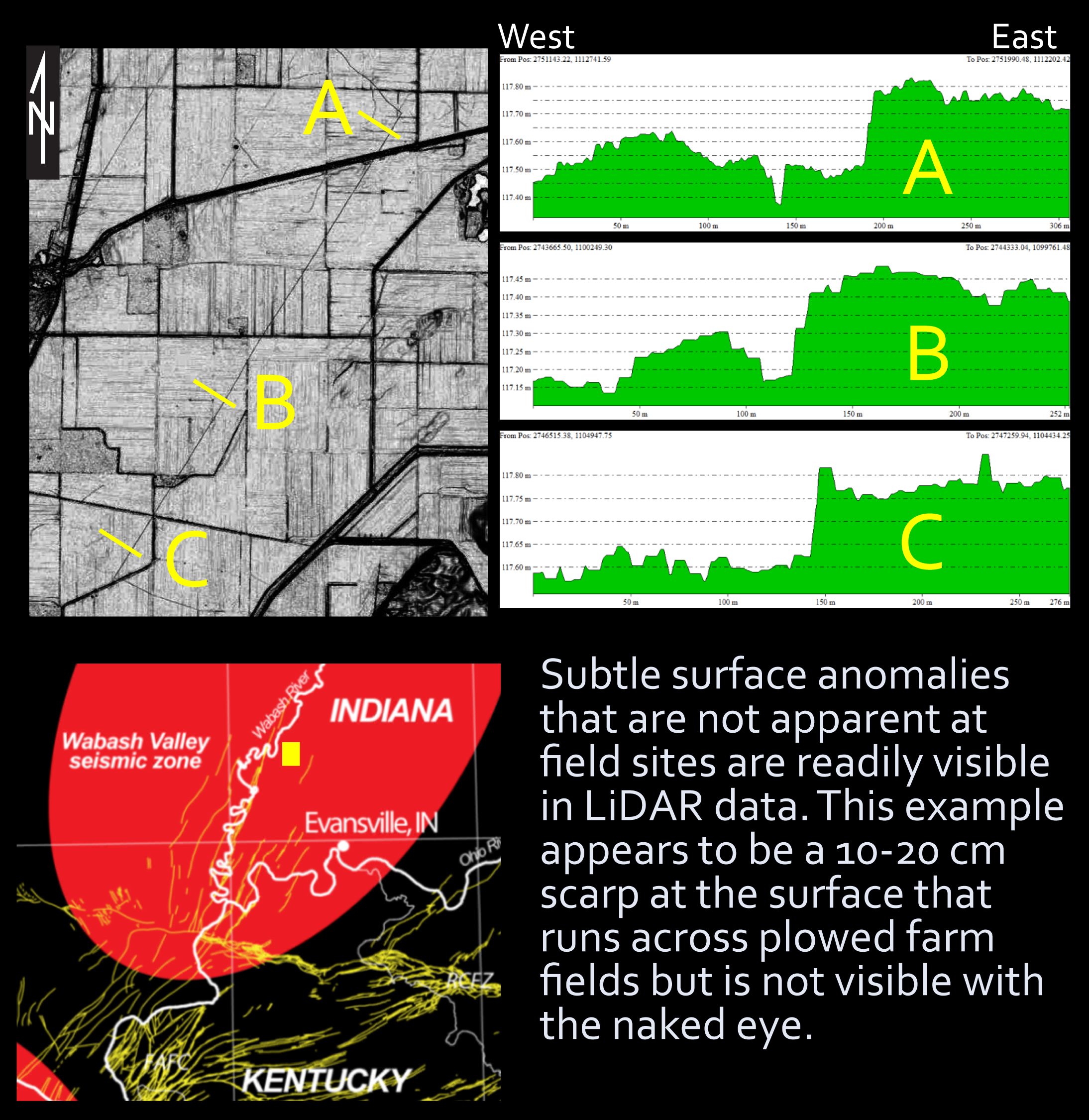 Example of a surface anomaly in the Wabash Valley seismic zone that is visible only by using lidar.