Many low-lying U.S. coastal communities are threatened by tsunami hazards and could be inundated minutes after a local earthquake or landslide.  To support tsunami outreach and preparedness efforts in Alaska, USGS geographers modeled pedestrian-evacuation travel times in Seward using high-resolution imagery (e.g., 1-m 2005 IKONOS) and lidar-derived, 5-foot elevation data. Evacuation modeling was done based on modern landscape and population characteristics and historical conditions in Seward before the 1964 Good Friday earthquake and tsunami disaster. Results were merged with various population data (including 1960 and 2010 U.S. Census Bureau population counts and 2011 business data) to estimate the number of people in Seward that may not have enough time to evacuate before tsunami wave arrival. Results suggest that maps of modeled travel time estimates conform well to the historical accounts of where people were believed to have died in the 1964 event. In addition, evacuation travel times to high ground have increased in some areas of modern Seward due to the relocation and expansion of port and harbor facilities after the disaster, which has increased the distance to high ground for individuals along the waterfront. 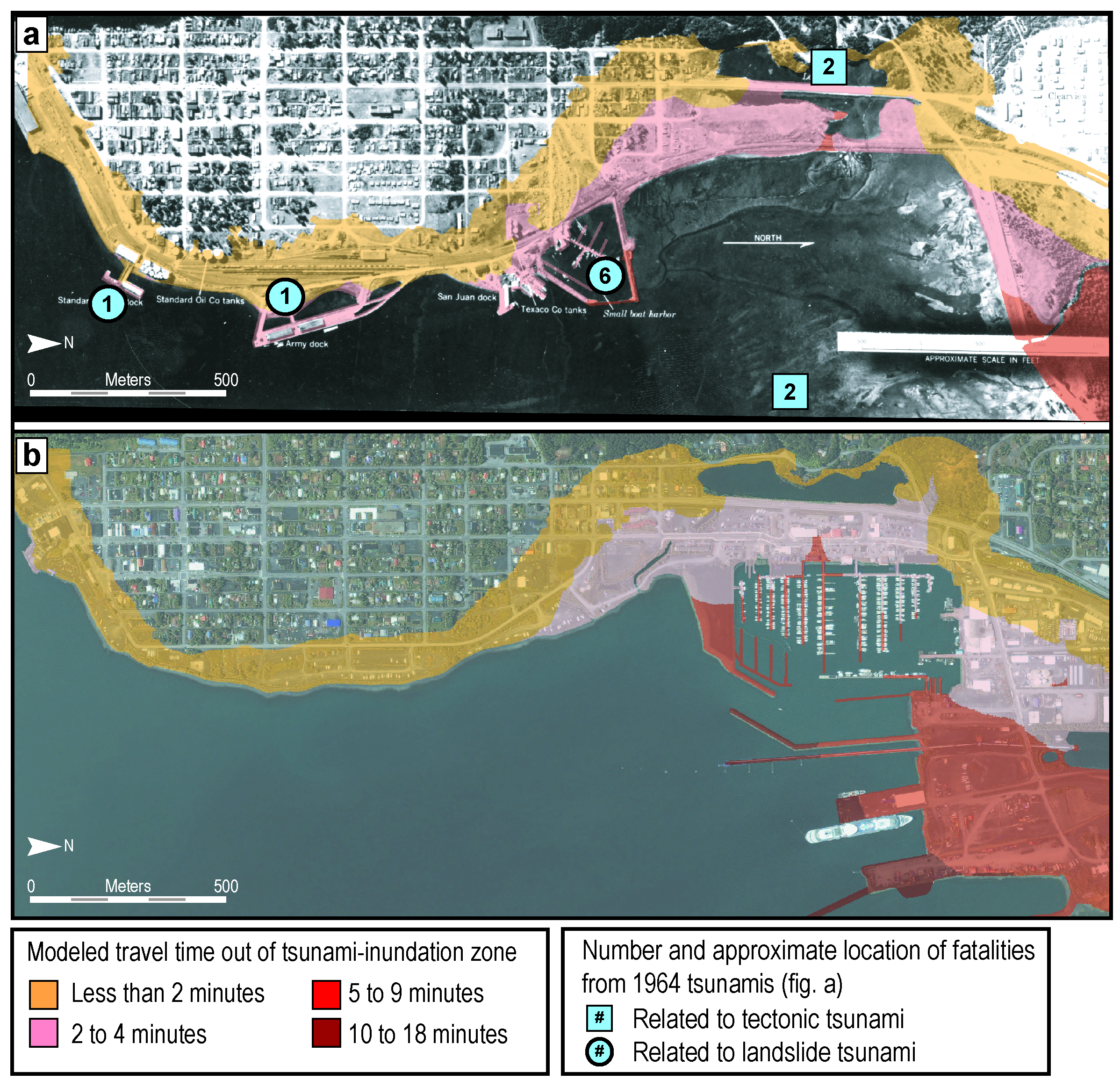 Maps of modeled evacuation travel times in downtown Seward, Alaska, assuming a slow running speed of 1.79 m/s based on (A) 1963 land cover and 1960 population distributions over a 1963 image of Seward and (B) modern day conditions over a 2005 image of Seward.