In 2013, the USGS trained and worked with colleagues at the Instituto Geofísico-Escuela Politecnica Nacional (IG-EPN) in Ecuador to collect and process imagery using photogrammetry techniques to monitor eruptive activity at Reventador volcano.  Three oblique aerial photogrammetry surveys were completed with helicopter support, and a series of high-resolution (1–2 m) DEMs were created to measure surface changes at the volcano.  The USGS and IG-EPN continue to process new and historical imagery going back to the beginning of the most recent eruptive phase in 2002 at Reventador to generate sequential DEMs and reconstruct the evolution of the active cone. 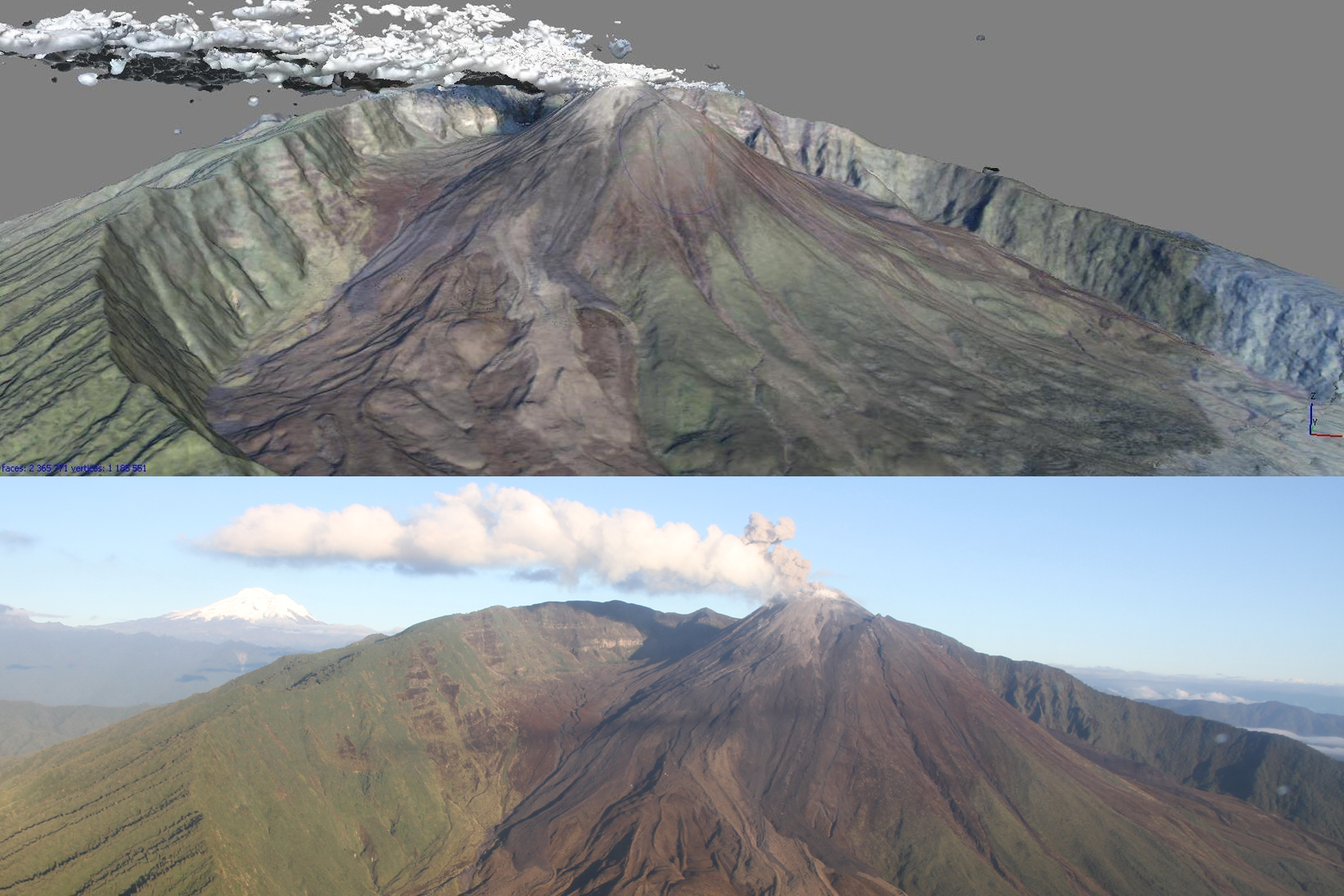 Oblique views of Reventador volcano represented as a DEM with RGB values added (above) and one of several hundred images (below) used in photogrammetric processing.  Note the vapor and ash plume that masks part of the summit lava dome.  Plumes and other atmospheric effects are common problems when imaging active volcanoes and are typically edited out during post-processing analysis.