The Diamond Valley Regional Flow System (DVFS) covers about 3,100 mi2 in central Nevada and includes five basins or hydrographic areas (HAs): Monitor Valley (southern and northern), Antelope Valley, Kobeh Valley, Stevens Basin, and Diamond Valley.  As part of a project to enhance understanding of water resources in the DVFS, a refined estimate of groundwater discharge by evapotranspiration (ETg) from the DVFS was developed using a combination of eddy-covariance evapotranspiration (ET) measurements and multispectral satellite imagery. Mean annual ETg was estimated at three eddy-covariance sites located within phreatophytic shrubland and at one site located in meadow grass. Phreatophytic plants are plants that rely on groundwater to fulfill a part of their water needs. A groundwater discharge area (GDA) was mapped using field reconnaissance, aerial, and satellite imagery.  The GDA defines the transition between areas of primarily xeric vegetation (plants that rely on local precipitation for their water needs) outside the boundary and areas of primarily phreatophytic vegetation inside the boundary.  Enhanced vegetation index (EVI) calculated from a series of Landsat 5 Thematic Mapper images was used to scale up from site level ETg to the basin level. Actual and groundwater ET relationships with vegetation cover or indices typically followed steep linear trends characteristic of water-limited systems for shrubland areas and more moderate linear trends characteristic of energy limited systems for grassland and marsh areas. Based on these characteristic trends, shrubland and grassland ET units were partitioned within the GDA for each valley using ordinary least squares relations between EVI and ETg.  The transition point between the shrubland and grassland relations was used as the threshold to spatially define the shrubland and grassland ET units.  The relations were then applied to continuous distributions of EVI within each ET unit to predict ETg on a pixel-by-pixel basis.  ETg for the playa ET unit was estimated using values from ET measurements taken on the Dixie Valley, NV, playa. 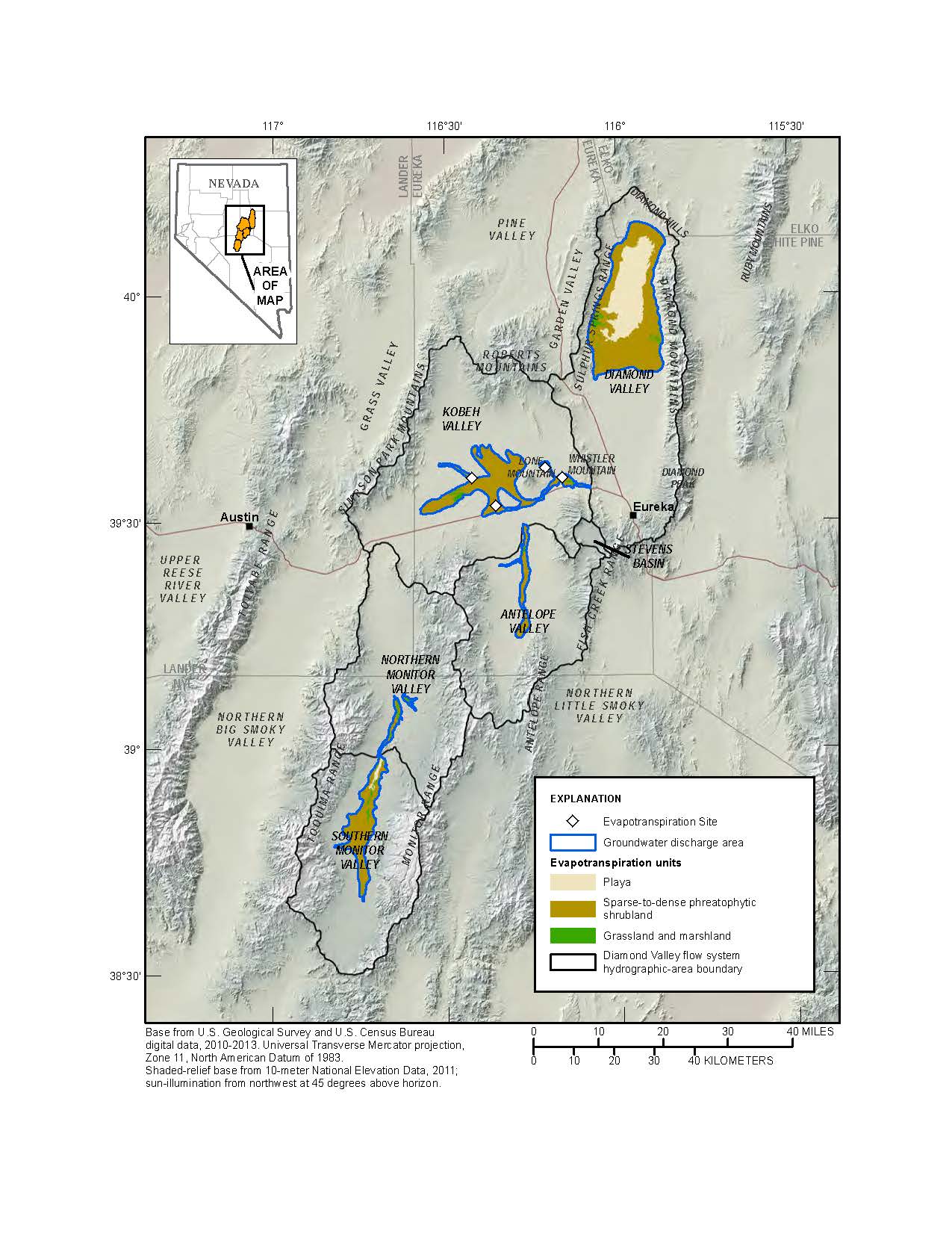