Hyperion sensor satellite data acquired by the NASA Earth Observing-1 (EO-1) satellite were combined with reconnaissance surveys to map the occurrences of the invasive Chinese tallow tree (Triadica sebifera) (tallow) in the Toledo Bend Reservoir area of northwestern Louisiana and northeastern Texas. Following the successful Hyperion mapping of tallow in southwestern Louisiana in 2005, over 20 EO-1 Hyperion images of the reservoir were collected in 2009 and 2010. Discrimination analysis was applied to identify Hyperion-based indicator spectra that would uniquely identify occurrences of red-leaf tallow; however, the scattered and sparse coverage of tallow (maximum percentage cover per 30-m by 30-m Hyperion pixel was less than 5%) prevented creation of a unique identifier. Although no spectral identifier was uncovered, the analyses revealed aligned vegetation associations. Tallow trees most commonly existed along forest and water edges and fence lines, likely in line with seed dispersal by birds, and were more densely dispersed within scrublands and grasslands than in pine and hardwood forests. Results suggest that successful detection of tallow would require a spectral sensor similar to Hyperion but with a ground-level spatial resolution of at least 10-m by 10-m. 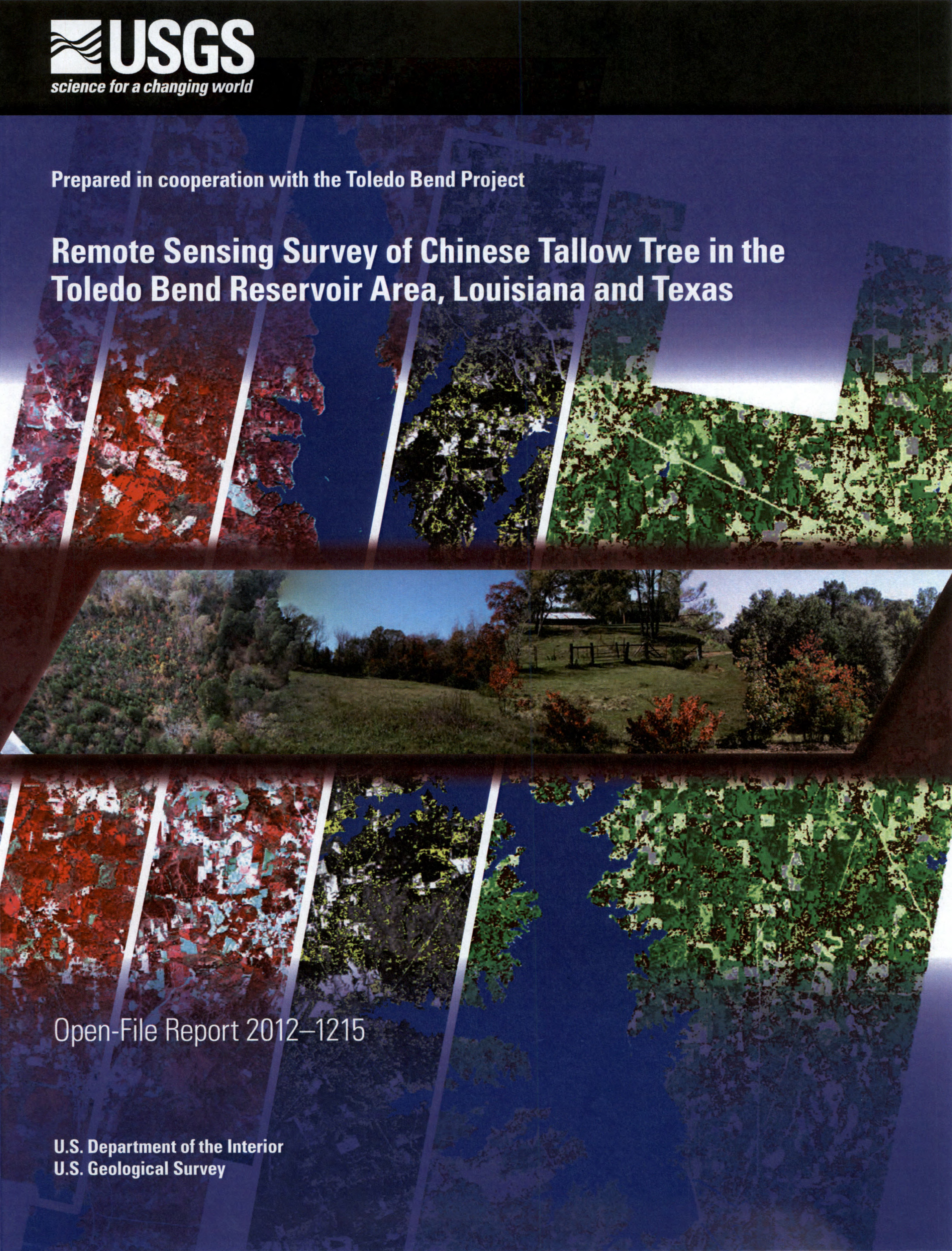 Center. From left to right, red-leaf Chinese tallow (Triadica sebifera) shrubs in a pine plantation, trees along a field-forest edge, and shrubs along fence rows in the Toledo Bend Reservoir area, November 2010.