The USGS Cascades Volcano Observatory utilizes oblique and vertical aerial photography to monitor topographic changes at Mount St. Helens volcano.  During the 2004–2008 eruption of Mount St. Helens, photogrammetry surveys were conducted on a weekly to monthly basis to create high-resolution digital elevation models (DEMs) used to measure the growth of the erupting lava dome.  Following the eruption, photogrammetry surveys have been conducted annually to track changes in the crater of the volcano, including the advancement of the crater glacier, settling of the 2004–2008 lava dome, and erosion of the crater walls. The next photogrammetry survey will take place in September 2016. 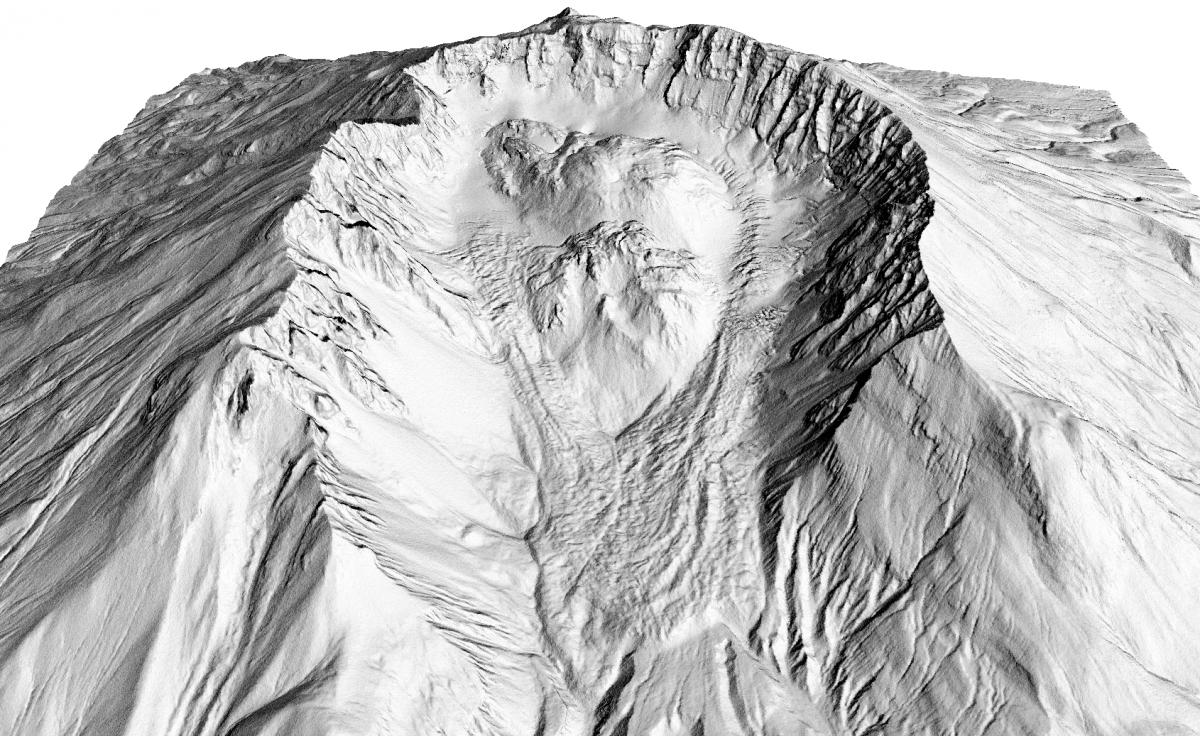 Perspective view, looking to the south into the crater of Mount St. Helens.  The distance between the east and west crater rims is approximately 2 km (~6,500 ft).  The shaded relief image created from a high-resolution (1-m) digital elevation model (DEM) shows the detailed morphology of the crater walls, lava domes, and glacier of Mount St. Helens.  The DEM was created by photogrammetry methods utilizing oblique aerial photographs acquired via helicopter in September 2015.