The latest edition of the National Land Cover Dataset (NLCD 2011) for Alaska was released in 2015. For Alaska, this database is designed to provide 10-year cyclical updating of the State's land cover and associated changes. Based on Landsat imagery taken in 2011, the data describe the land cover of each 30 m cell of land in Alaska and identify which cells have changed since 2001.

By far the greatest change in Alaskan land cover across this decade has been the conversion of forests to shrub and grasslands, primarily as a result of wildland fire. Other land cover categories that have experienced losses from 2001–2011 include perennial ice and snow and wetlands.

NLCD 2011 products were released for the conterminous United States in 2014; products for Hawaii and Puerto Rico will be released in 2015/2016. NLCD data can be downloaded free of charge at the Multi-Resolution Land Characteristics (MRLC) website. 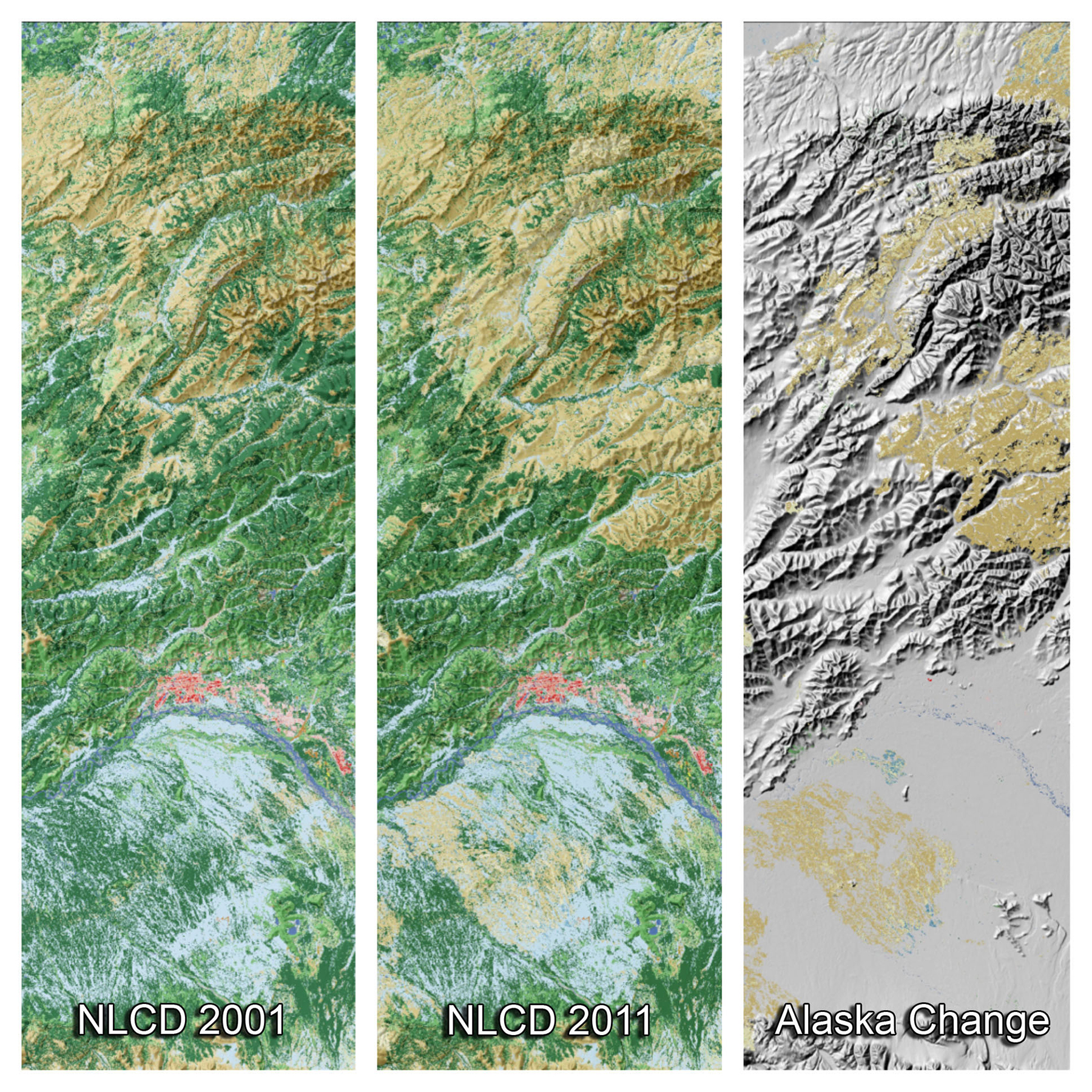 These three panels from the National Land Cover Database depict land cover change in the vicinity of Fairbanks, Alaska, from 2001 to 2011: (left) land cover in 2001 (forests in green, shrublands in brown, wetlands in blue, and urban in red); (middle) the updated land cover in 2011; and (right) areas where change occurred over this 10-year period, primarily as a result of wildfire, which converted large areas of forests to shrub and grasslands (shades of light brown in the right panel). Approximately 1 million acres burn across Alaska each year.