Groundwater basins in California are being used as local reservoirs to supplement water supplies. Water managers need more information on the relationship between land subsidence and water extraction. Studies are being conducted in the San Joaquin Valley, the Coachella Valley, and at the Army’s Fort Irwin National Training Center (NTC) to provide information that will allow various Federal, State, and local stakeholders to manage and minimize the impacts of land subsidence on both water-conveyance infrastructures and water deliveries in the two valleys and aircraft runways at the NTC. The studies use conventional and persistent scatter (IfSAR) remote sensing data derived from several satellites and GPS data to measure land surface elevation changes, which are then compared to groundwater levels and local geology. In the San Joaquin Valley, subsidence was detected in nearly the entire valley, including parts of the California Aqueduct, Delta-Mendota Canal, the San Joaquin River, the Eastside Bypass, the Friant-Kern Canal, and numerous local canals; maximum subsidence rates approached 300 mm per year, and about 15,000 km2 was affected by at least 25 mm during 2008–2010. In the Coachella Valley, as much as 610 mm of subsidence during 1995–2010 was measured using Interferometric Synthetic Aperture Radar (IfSAR). To mitigate current and potential future subsidence-induced damage, parts of the Coachella Branch of the All-American Canal are being realigned. In Fort Irwin’s Bicycle Basin, as much as 400 mm of subsidence during 1992–2014 was measured using IfSAR; the differential subsidence across the basin has caused ground fissuring on and near the runway. 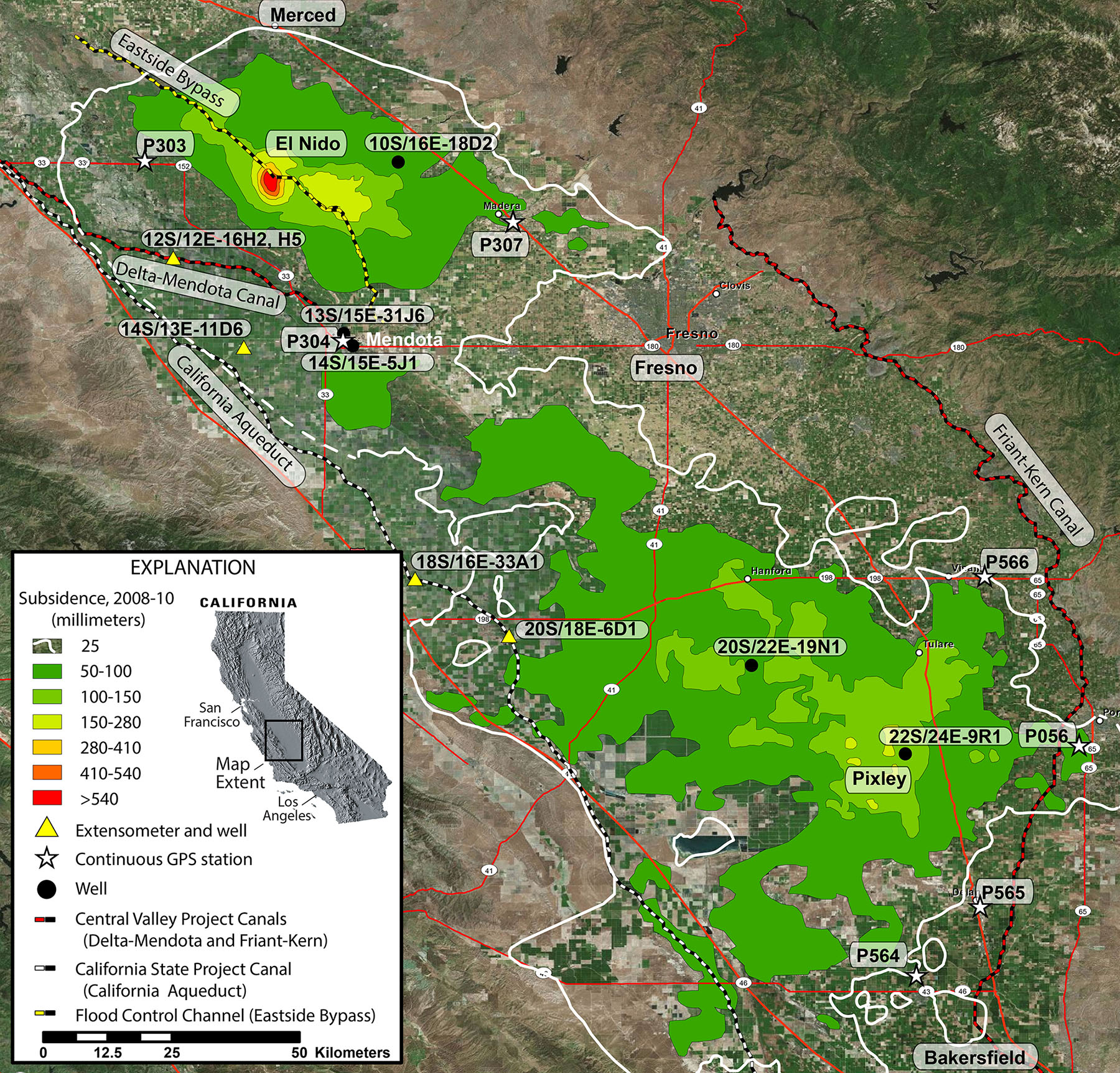 Subsidence contours derived from interferograms generated from the Advanced Land Observing Satellite (ALOS) and the Environmental Satellite (ENVISAT) showing subsidence in the San Joaquin Valley, California, during 2008–2010. North is oriented toward the top of the image.