Wide-Area Estimates of Evapotranspiration by Red Gum in Australia

Riparian red gum forests (Eucalyptus camaldulensis plus associated grasses, reeds, and sedges) in the Murray-Darling River Basin in Australia are important components of the natural ecosystem, but since they are also consumers of groundwater there is a need to quantify their water requirements. USGS scientists used sap flux sensors to measure transpiration (EG) of red gum trees and an algorithm based on the Moderate Resolution Imaging Spectroradiometer (MODIS) Enhanced Vegetation Index (EVI) to estimate total evapotranspiration (ET) for the years 2000–2013 before and after a 10-year drought for a large area of red gum forest fed by the Murrumbidgee River, a tributary of the Murray River. Over the study area of 38,134 ha of riparian area in the Yanga National Forest near the town of Balranald, New South Wales, scientists estimated that flows into the forest from the Murrumbidge River had an annual mean of 1,004 million m3 from 2000 to 2013. Mean ET estimated by a MODIS method was 795 mm/year, 54% of potential ET (ETo), and precipitation was 351 mm/year over the same period. The difference of 444 mm/year, projected over the area of red gum forest, was 165 million m3/year. The study revealed that about 17% of river inflows were consumed by red gums and associated vegetation. 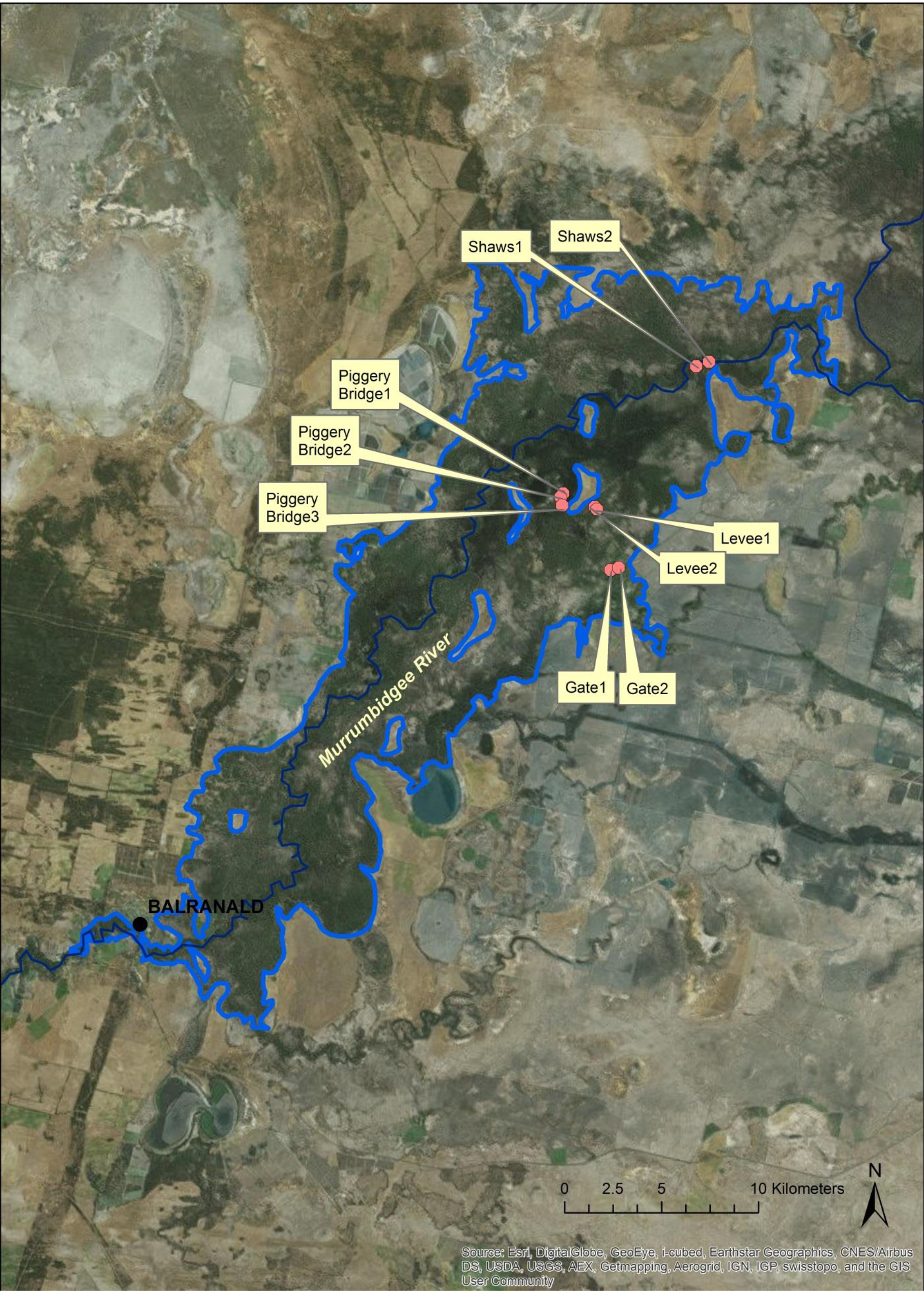