North American ospreys typically migrate long distances to their wintering grounds in the tropics, yet very little is known about the wintering ecology of these birds. USGS and other researchers used satellite telemetry from 1997–2013 to determine the time ospreys spent on wintering grounds. Scientists also examined wintering area characteristics and space use of ospreys from the East Coast, Midwest, and Pacific Northwest. Analyses showed that ospreys wintered primarily on rivers, secondarily on coastal areas, and finally lakes, and that they returned to the same wintering sites year after year. Ospreys stayed at wintering sites for an average of 154 days for males and 167 days for females, and remained within about 3 miles from selected roosting areas. Findings suggest wintering adult North American ospreys are sedentary, and scientists propose that this strategy might be effective for reducing mortality risk and maximizing energy conservation. 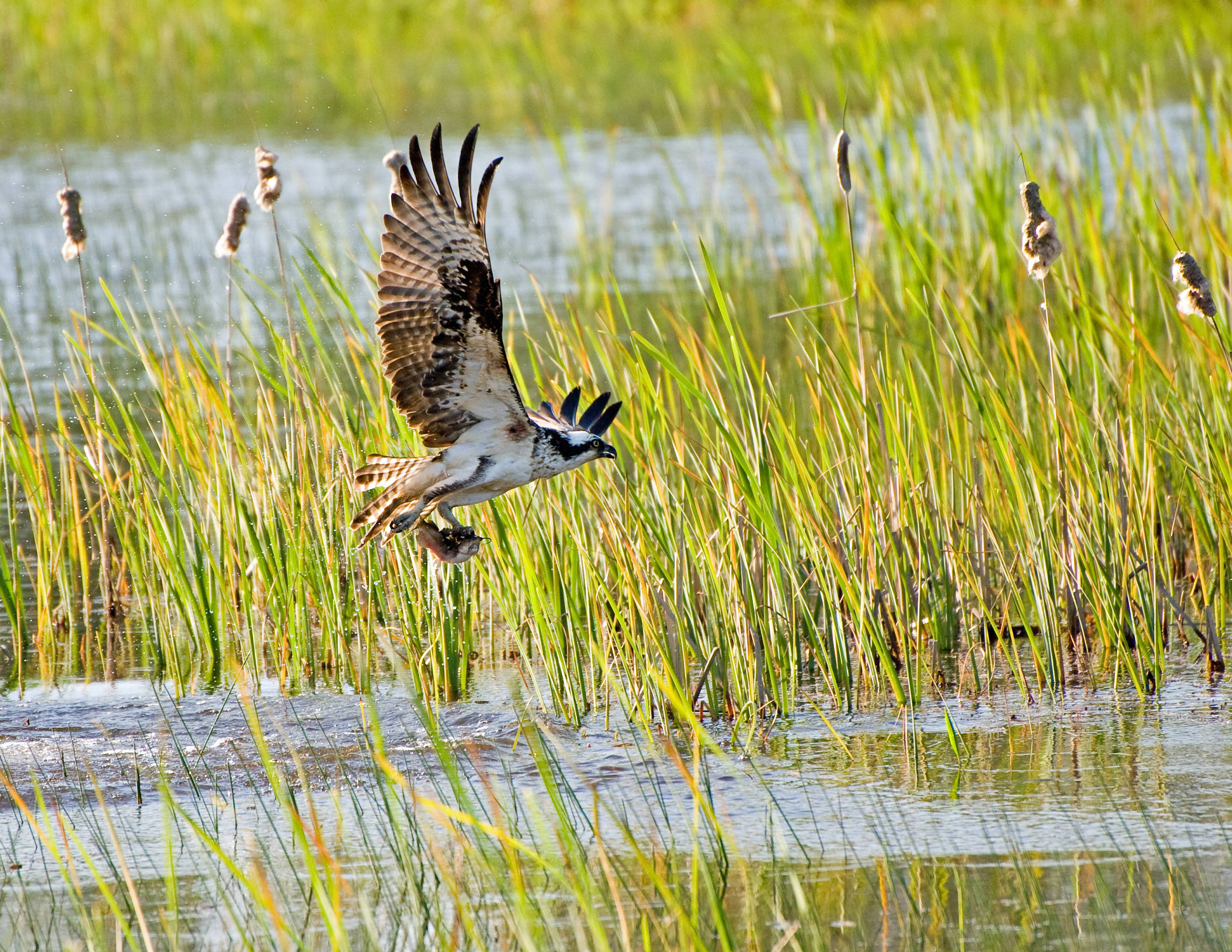 An osprey flies off with a fish at William L. Finley National Wildlife Refuge.