After a major disaster, a satellite image or a collection of aerial photography is frequently the fastest, most effective way to determine the scope and severity of the event. With that goal, the USGS operates the Hazard Data Distribution System (HDDS) to process and deliver satellite and aerial imagery in near-real time during natural or human-caused disasters (e.g. hurricanes or oil spills).  For example, after Hurricane Katrina struck New Orleans, Louisiana, in 2005, Landsat satellite images showed when and where the floodwaters drained. High-resolution satellite imagery showed the landscape and building damages before and after the magnitude-7 earthquake hit Haiti in January of 2010. More recently, USGS used satellite imagery to help assess the scope of damage from Hurricane Sandy. The imagery is available to all U.S. emergency management officials at the Federal, state, local and Tribal levels. 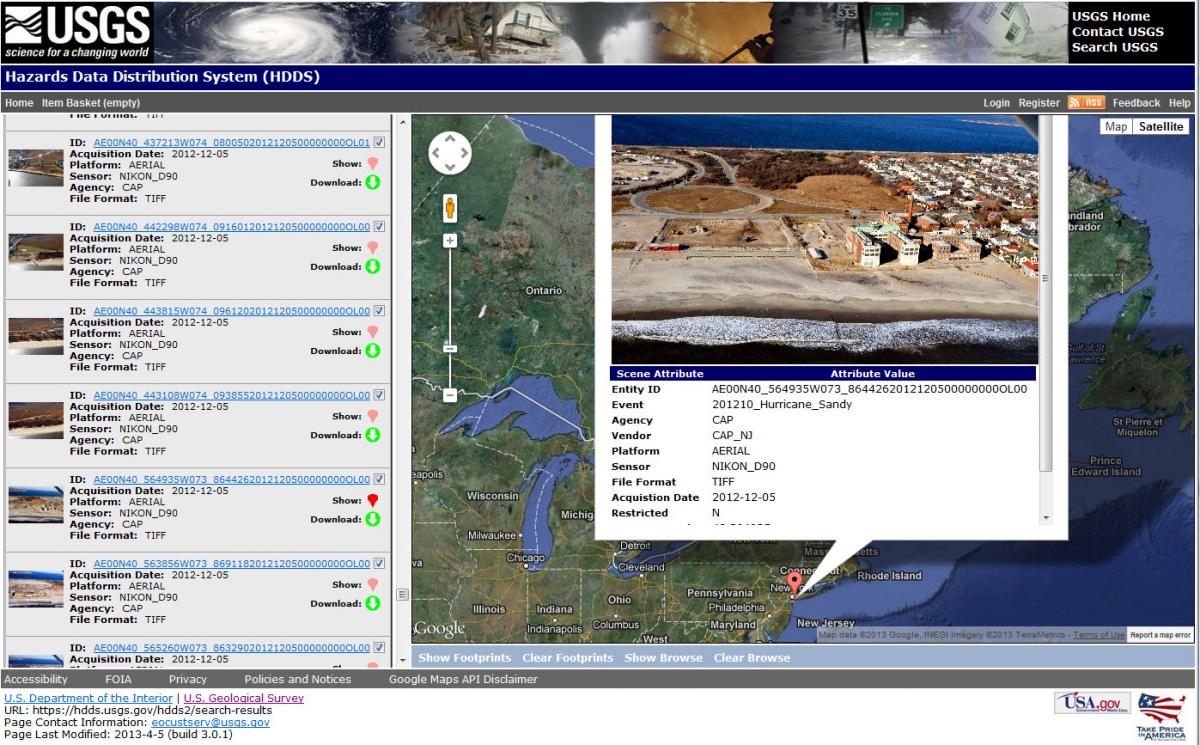 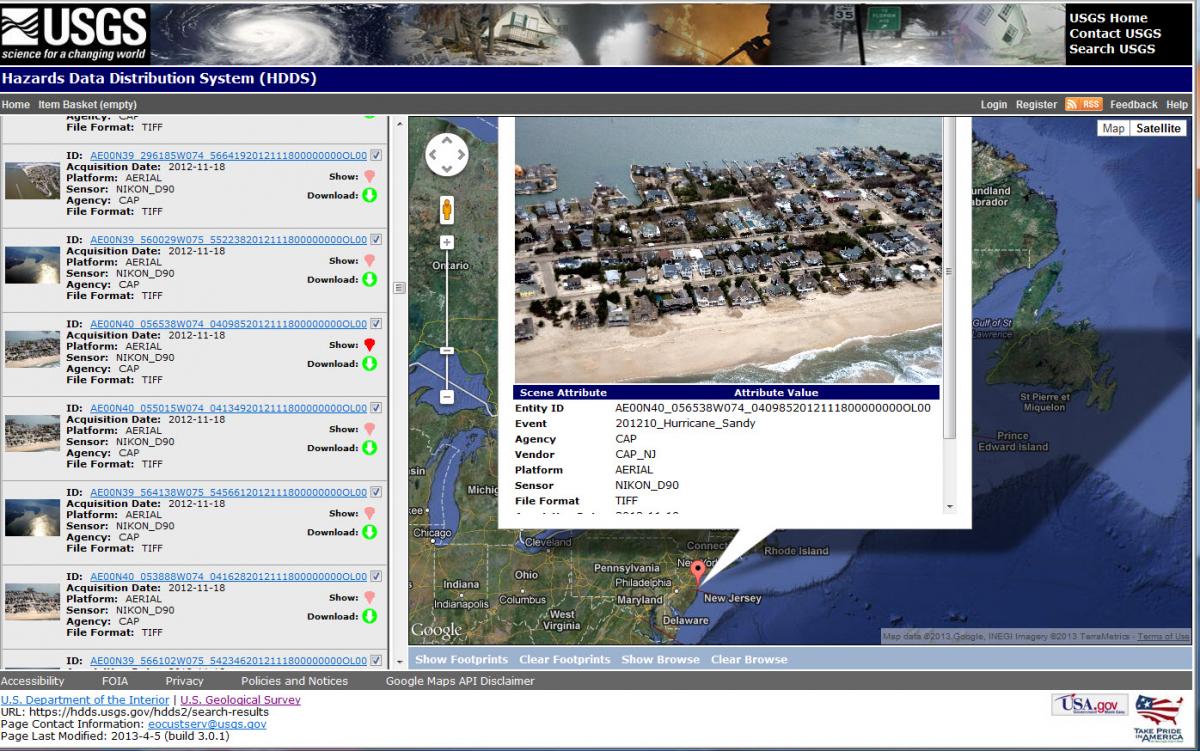