Erosion of riverbanks along the Missouri River is a concern to many Tribes within South Dakota. Changing reservoir levels combined with precipitation, wind, and ice lead to conditions where substantial shoreline erosion may occur within a single season. The USGS, in cooperation with the Lower Brule Sioux Tribe’s Environmental Protection Office, used two types of remote sensing in 2012.

1)  A small UAS was used as a reconnaissance and surveillance tool to capture video and still pictures to determine changes in bank erosion. Flights were flown in August 2011 and in August 2012, along a 7-mile stretch of shoreline on the Lower Brule Reservation in South Dakota. Comparison of the data collected in 2011 and 2012 indicates substantial visible erosion.

2) RTK satellite navigation was used to collect GPS data at three areas along the Lower Brule Reservation on a seasonal basis from November 2011 to November 2012. The data collections were used to document bank erosion rates by season, location and severity. 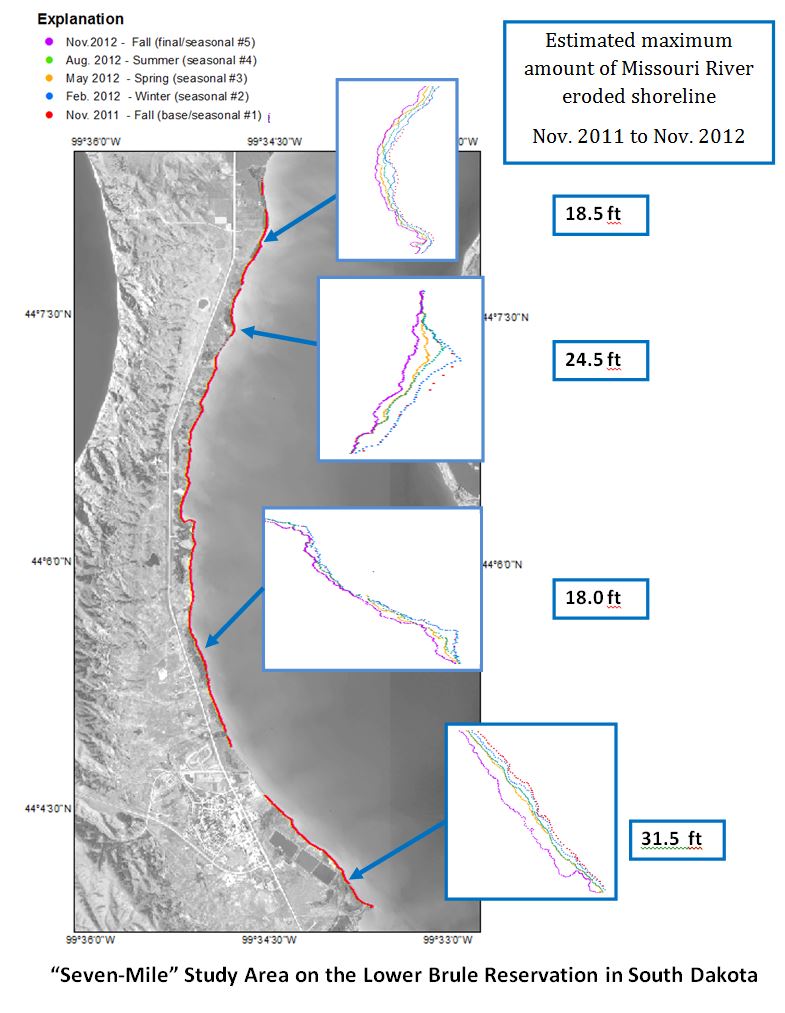