The wolf is listed on the Federal Endangered Species List in all 48 conterminous States and is in different stages of recovery in various areas.  For many years the USGS has been monitoring in the Superior National Forest of Minnesota an intact, natural wolf population that was never extirpated. This monitoring provides background information about the kinds of population changes that can be expected without endangering other managed and recovering populations. The monitoring is based on aerial telemetry of radio-collared wolves and aerial observations of them and their packs during winter when they can be seen and counted.  Each year 20-30 wolves in 8-14 packs in a single study area are radio-collared and monitored. 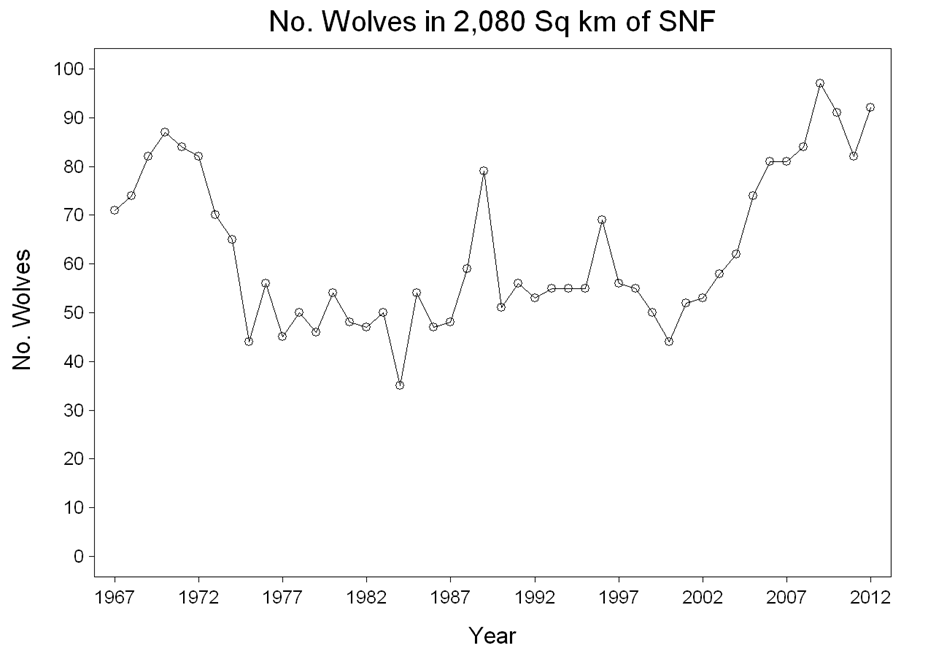 Number of wolves in 2,080 km² of the Superior National Forest, Minnesota.