Flood-peak inundation maps and water-surface profiles were produced for six communities in northeastern Minnesota that were severely affected by flooding in June 2012. The inundation maps were constructed in a geographic information system by combining high-water-mark data with high-resolution digital elevation data. The flood maps and profiles show the extent and depth of flooding through the communities and can be used for flood response and recovery efforts by local, county, State, and Federal agencies.  The high-resolution digital elevation data, obtained from aerial lidar sensors and NAIP, provided a backdrop for high-water-mark locations relative to flooding. 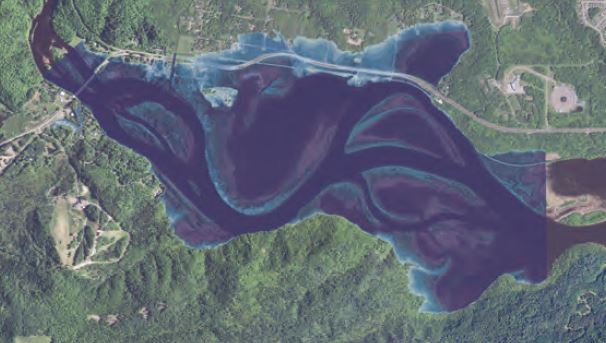